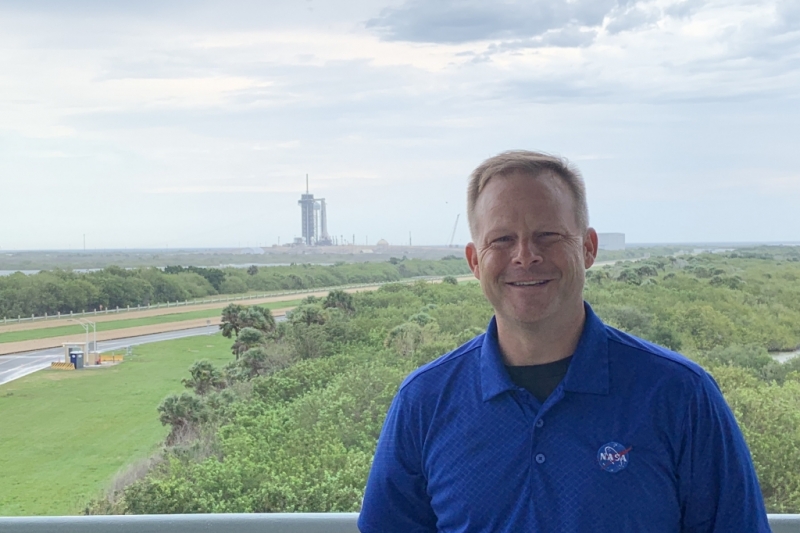 Bill Benson ’92 has worked on the NASA moon rocket for the Artemis I mission.

“At a big engineering school you would be drinking from the fire hose from the start. At W&L, there are more opportunities to explore who you are, and to see things from a broader context.”

Fascinated by space travel as a child, Bill Benson ’92 initially wanted to be an astronaut. He changed course when he decided it would be even more rewarding to figure out how the rocket knows where to go.

That quest ultimately led him to the NASA Launch Services Program at the Kennedy Space Center, where he has spent the past 19 years as a guidance, navigation and control engineer, designing missions that launch unmanned scientific spacecraft to the moon, Mars and beyond. During his career, he has amassed years of experience in the areas of robotics, software development, flight controls, trajectory analysis and mission guidance.

FINDING HIS ACTION VECTOR
W&L might not seem like the obvious choice for someone aiming for a career as an aerospace engineer, but Benson was intentional in his decision to go a small liberal arts school instead enrolling in a large engineering program.

“At a big engineering school you would be drinking from the fire hose from the start with a heavy emphasis on the technical side of your education,” he said. “At a place like W&L, there are more opportunities to explore who you are and to see things from a broader context. I wanted to go to a place where I would fully develop as a person, to find out what the action vector for the rest of my life would be.”

Attracted by the small classes and friendly environment at W&L, Benson also was impressed with the professional appearance and conduct he observed in students he met during campus visits.

“Everyone seemed pulled together, with an eye on what’s coming afterwards, and I thought ‘that’s who I want to be.’ In a lot of ways W&L made me who I am. Not just the faculty, but also my fellow students.”

He was gratified to find that there was an impressive engineering lab, and he benefited from frequent interactions with professors like Kenneth Van Ness and Robert Akins. Because he wasn’t totally immersed in a tech-heavy program, he also was able to explore other interests, including completing a second major in East Asian Studies.

Benson firmly believes that his W&L education prepared him for his role at NASA. In recent years he has reached out to encourage students and alumni to enter the field. In 2020 he participated in Professor Joel Kuehner’s capstone class as part of a physics and engineering career series. More recently he did a Zoom presentation (go.wlu.edu/flyme- tothemoon) on the history and future of space travel in a program sponsored by the Office of Lifelong Learning.

“We need more people with the W&L perspective in this field,” he said.

IT ACTUALLY IS ROCKET SCIENCE
One of Benson’s career highlights was as the senior flight designer for the Parker Solar Probe. Launched in 2018, it was the first spacecraft to “touch the sun” by flying into the low solar corona. The primary science goals for the mission are to trace how energy and heat move through the solar corona and to explore what accelerates the solar wind as well as solar energetic particles.

Benson’s team oversaw designing, developing and building the launch vehicle and integrating the spacecraft with the launch service provider. “The concept for the mission dated back to the ’50s,” Benson explained. “The latest concept began in the 2009 – 10 time frame. It is not unusual for big flagship projects to develop like that. We had to question whether we even had a launch vehicle solution. For this mission, we used the largest rocket available at that time.

Even then, we had to add to it. It was not until around 2015 that we had the requirements and configuration to go to procurement for bids.”

Benson’s role not only involved developing technical requirements for the launch vehicle but also navigating the delicate relationships among teams within and outside NASA whose cultures do not always align.

“All our rockets are provided by private corporations like SpaceX, United Launch Alliance and Northrop Grumman. They all have a different approach.” Benson said. In addition to the government-versus-private sector dichotomy, he also works with international teams whose culture may differ from NASA’s. “We had the big picture, but I did a lot of hand-holding with industry partners. We were the last line of defense to make sure everything came together. There were tough problems to solve all the way to the end.”

For his stellar work on the Parker Solar Probe, Benson was named the 2019 Kennedy Center Employee of the Year. Although the honor only netted him a better parking space and a few extra paid leave days, he says the real reward was the recognition by his peers.

“NASA is a wonderful place,” he said. “They are excellent about acknowledging accomplishments, and it is very rewarding work. You always have someone to consult with, and we are always checking with each other. You can’t let ego get in the way. We are all interested in mission success. Missions can go on for 10 years or more, and the data collected will inform future missions. It is true of all our missions that for as long as we still have the data, the mission will live forever.”

Benson’s current projects include working with SpaceX on the launch of the first element of the Gateway space station that will be put in orbit around the moon. Another project is the Mars Ascent Vehicle (MAV), which will be used to bring samples of Martian regolith collected by the Perseverance rover.

ON THE HORIZON
As a child enthralled by space travel, Benson thought people would be living and working on the moon by now. Although we aren’t there yet, he believes it is feasible that within the next 50  years commercial space travel may be possible for people who are not dot-com billionaires. “Commercial sub-orbital flights are coming. If you fly over 100 kilometers, NASA says you’re an astronaut. A commercial space station is coming,” he predicted.

However, he noted that creating an infrastructure that will make it possible to live and work on the moon is an order of magnitude more difficult and is decades away. He believes the approach of private firms like SpaceX are helping to accelerate the process. “Elon Musk has shown that making ridiculous goals means it will happen sooner. If you have realistic goals, politics intervenes and slows it down,” he commented. He said that with the NASA approach to systems engineering, you don’t cut metal until all the analysis is done.  It is a proven approach, but it does take time. SpaceX starts off with baby steps and adds on. “With that approach, there’s fire — it looks like something is happening.”

Given the chance, would this once-aspiring astronaut allow himself to be launched into outer space? “Going into space on a privately owned and operated spacecraft is a recurring topic of conversation in our group,” he said. “Some of the private companies are more rigorous than others in their approach to safety. Some designs are more inherently safe than others.” Even so, he says that should the opportunity arise, he is ready for lift-off.

POSTGRAD
After earning a master’s degree in aerospace engineering from Texas A&M in 1999, he worked for Raytheon Systems Co. before joining NASA. 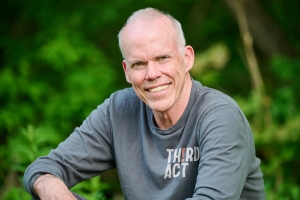 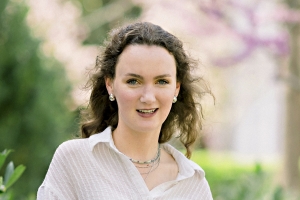