Bryant Awarded Fulbright Grant to Germany Carson Bryant '18 has been awarded a Fulbright grant for an English Teaching Assistantship in Germany. 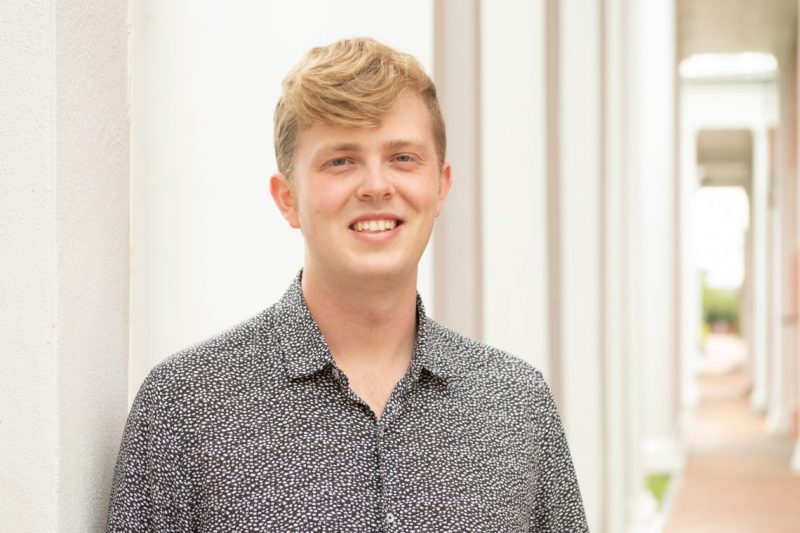 Washington and Lee University senior Carson Bryant has been awarded a Fulbright grant for an English Teaching Assistantship in Germany.

“Being a foreign language teaching assistant opens the door to direct, involved engagement with a German community,” said Bryant. “Through constant interaction with German students and teachers, I hope to become a long-term member of the community while using my experiences with German to inspire students.”

Bryant has been studying German since high school, and prior to college lived with a German family for two weeks. During his time at W&L, the German and economics double major has participated in the Real Estate Society, DAAD Young Ambassadors Program, is a work-study at the Outing Club barn, and is a member of the Arts League, German club and Sigma Nu fraternity.

“I will never forget meeting Carson on his first day at W&L,” said Paul Youngman, Harry E. and Mary Jayne W. Redenbaugh Professor of German. “He stopped by my office to introduce himself with all of his positive energy and enthusiasm for all things German. I remember thinking to myself, this kid is going to make a difference in this department. I was not wrong.”

During his time in Germany, Bryant hopes to establish a club for students interested in learning English and plans to hold extracurricular events to promote learning through experience and engagement.

“This type of club has been valuable to me in learning German and could be similarly beneficial to German students learning English,” he said.

“I want to be in a position where I can develop a deeper cultural understanding of the impact immigration and refugees have in contemporary Germany,” said Bryant. “I would seek to become involved with a refugee service organization, such as the Flüchtlingsrat, as this would be a clear path to direct and personal engagement with the issue.”

“It is hard to overestimate his contributions to the German program during his time at W&L, whether it was as the German Club president or the German Academic Exchange Service (DAAD) young ambassador,” said Youngman. “We have students like Carson to thank for the strength of our program, and the Fulbright is a wonderful affirmation of all he has accomplished at W&L.”