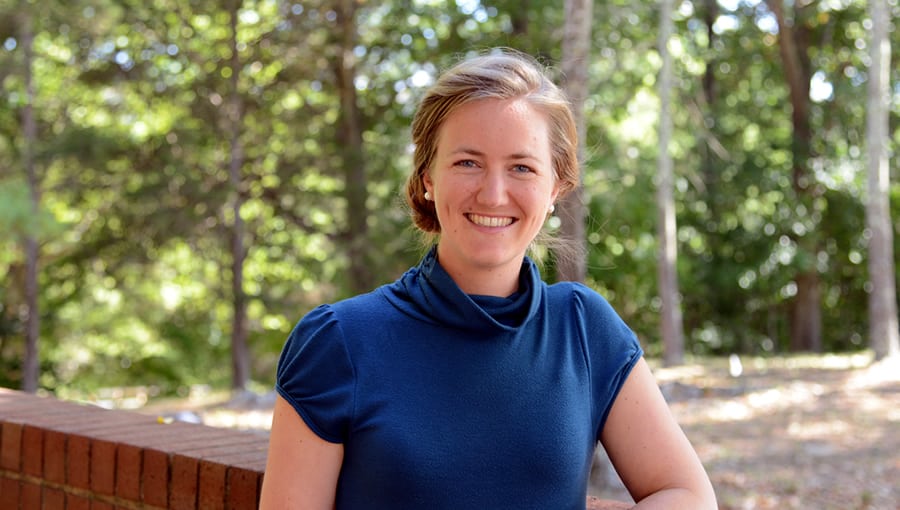 Jessica Winn is originally from Newberg, Oregon and studied Political Science at Carnegie Mellon University. At Washington and Lee, she is involved in Law Review, German Law Journal, Law Ambassadors, WLSO, ACS, and PILSA. With her law degree, she hopes to make our legal systems more accessible and transparent by means of practice or policy.

During the 2017-2018 term, I will be clerking for U.S. District Judge Rosanna Peterson in the Eastern District of Washington. We’ll review and the judge will decide a large number of procedural motions. I will research and prepare memos for her upcoming cases. I will also help to draft sections of opinions for the court.

I’m particularly looking forward to this clerkship because I will get the chance to work with a woman who also followed a non-traditional path to the law and who, in her legal career, has demonstrated excellence in practice and as a professor. Judge Peterson worked for a number of years before attending law school, she practiced in Spokane for seventeen years before taking the bench, and she taught for ten of those years at Gonzaga University School of Law. Learning from Judge Peterson’s experiences practicing law, teaching law, and serving as a judge will be invaluable.

I’m also excited to serve as a judicial term clerk because I know that the work will expose me to a wide variety of legal issues and refine my research and writing skills. I’m looking forward to looking at cases not from one side or the other, but from the middle. Seeing different issues and arguments, becoming a more confident writer and researcher, and reflecting upon my clerkship will help make me a better attorney in the future.

After this clerkship, I hope to clerk with a Federal Circuit Court judge or perhaps with a state Supreme Court justice. Ultimately, I’m interested in doing some kind of public interest law, being involved in policy-making, and—maybe one day—teaching. At this point, the world is full of possibilities: I could pursue being a public defender, get involved in appellate advocacy work, do immigration or environmental law, or start a solo general practice. Whatever I do, this clerkship will provide such an important foundation for the way I look at the law.

If you’re interested in clerking for a federal judge, my advice is to take Federal Jurisdiction and Procedure (and be dedicated about it!), to jump with both feet into the application process, to double- and triple-check your resume and cover letter for errors, and to talk with friends, family, and faculty about your clerkship search. Remember that your professors can be your greatest advocates. I was having coffee with a professor in October of my 2L year and, in the course of talking about the clerkship applications process, he suggested I apply to clerk for Judge Peterson. After I submitted my application, he and two of my other professors personally called the Judge and spoke with her about me. While I know the Judge would not have hired me if I had not submitted a strong application, I am also absolutely sure that those phone calls were powerful demonstrations of confidence on behalf of my professors that likely helped make her hiring decision easier.