Kelly Cunningham is originally from Newnan, Georgia. She graduated from the University of Georgia in 2016. At Washington and Lee, she served as a Kirgis Fellow, research assistant, and a member of the Washington and Lee Law Review. Outside of school, Kelly enjoys yoga, skiing, and playing with her dog, Athena.

Where will you be working after graduation and in what practice area?

Next year, I will be clerking for Judge Hugh Lawson at the U.S. District Court for the Middle District of Georgia.

Did you know coming into law school that you wanted to clerk?

I will be the first lawyer in my family, so I had never thought about clerking before law school. I did not even know what a federal clerkship was, let alone what a huge stepping stone it could be. I heard people discuss clerkships 1L year, but I still was not sure about applying. It was not until Ms. Hilton explained to me the career benefits of clerking that I really considered it.

Was there anything in your law school or summer job experience that confirmed this career choice?

From talking with the Office of Career Strategy, I learned that a federal clerkship is the best way to position yourself for a career in litigation. Several of my professors clerked for judges during their careers, and everyone I have talked to gushes about their clerkship experience. Additionally, my 3L year I participated in the D.C. Program, where I externed for Judge Moss at the U.S. District Court for the District of Columbia. Working at the federal district court in D.C. was similar to the work that I’ll be doing at the federal district court in Georgia.

What classes do you think are helpful to take to prepare for this job?

Civil Procedure and Criminal Procedure are very important. During the course of my interviews, Judge Lawson said that I needed to take federal jurisdiction for my clerkship. Any class that requires intensive research and writing will also be useful.

Federal clerkship hiring is all over the place because different judges are hiring at different times of the year. I received so much support from my professors and OCS during my job search. Ms. Hilton encouraged me to consider clerking and to apply for federal clerkships. She helped me navigate OSCAR. Professors Murchison, Rendleman, and Eggert wrote my letters of recommendations. Ms. Hilton and Ms. Jantzi went over my application materials and provided edits. Gathering my application materials and waiting to hear for an interview was the most difficult part of the process.

Once I scheduled an interview with a judge, Professor Seaman conducted a mock interview with me. I met with Professor Stroud, and he explained step-by-step what the day of my interview would actually look like. We really went through the details, including things such as how early I should arrive to account for going through courthouse security.

I interviewed with Judge Lawson and his clerks in March of my 2L year. Judge Lawson called the next week to offer me the position.

What are you most looking forward to about working at this job?

I’m most looking forward to being part of Judge Lawson’s chambers and working with his career clerk. Judge Lawson aims to create a family-like culture in chambers, and he devotes himself to mentoring his law clerks. I already know that he and his clerks will be people I can call on for guidance throughout my career. Since accepting the clerkship offer, I have visited the courthouse twice and have kept in-touch regularly. I attended a Christmas brunch with Judge Lawson’s previous clerks. They have helped me prepare for my move back to Georgia. I feel very fortunate to get to explore legal issues in this environment. 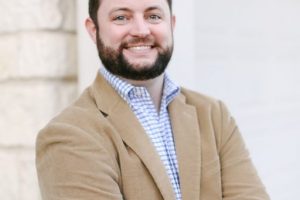