Chanticleer Returns to W&L The Grammy Award-winning male a cappella group is in its 41st season. 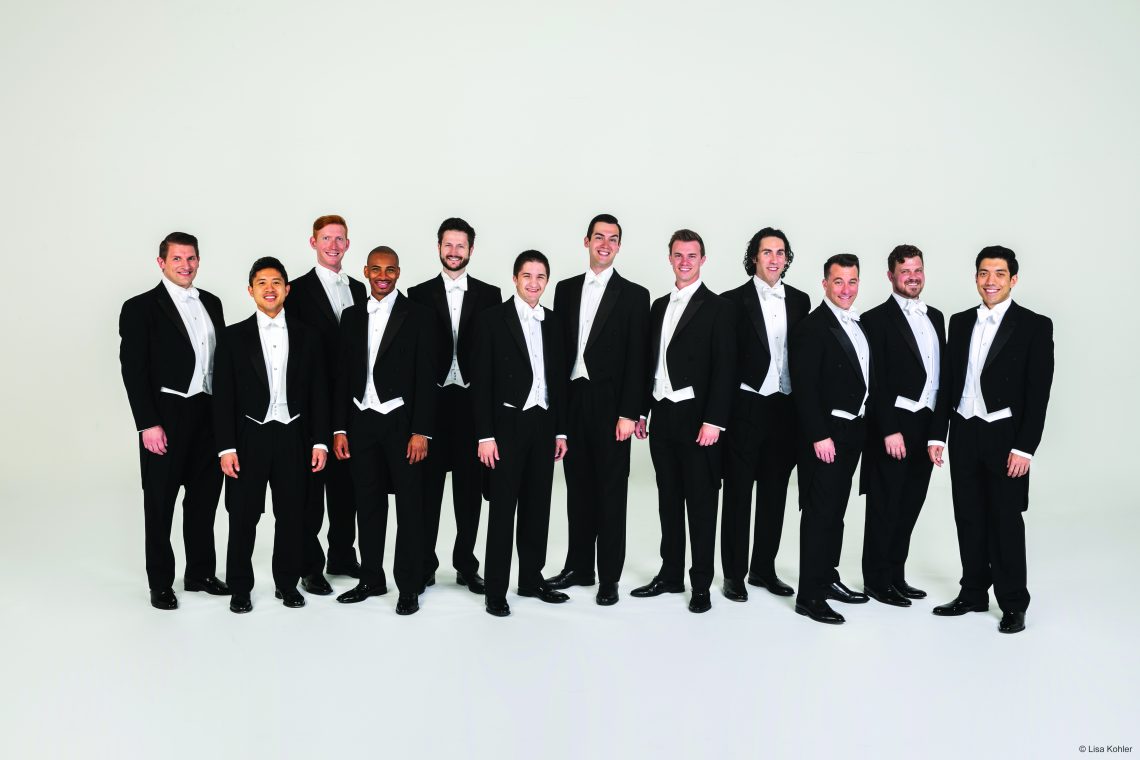 The Washington and Lee University Concert Guild presents Chanticleer in Wilson Concert Hall on Jan. 31 at 8 p.m. The Grammy Award-winning male a cappella group is in its 41st season.

Chanticleer is no stranger to W&L, having last performed here in October 2015. The group’s 2019-20 concerts are constructed around the theme “Trade Winds,” taking listeners on an exploration of music from the Pacific Islands, China and Europe. Chanticleer’s foundational repertoire of early music will also be represented by composers including Monteverdi, Gesualdo and Victoria. Chanticleer’s 12 voices, ranging from bass to soprano, create a rich, full and united sound.

Based in San Francisco, the group emerged from founder Louis Botto’s desire to perform traditional religious music from the medieval and Renaissance time periods. They first became internationally known in 1984 when they replaced a cancellation at the International Josquin Symposium and performed a Mass. The group has since flourished and expanded their repertoire to include jazz, popular genres, gospel arrangements and new compositions. They have toured worldwide in places such as Dublin, Paris, Prague and Leipzig.

Order tickets online today at wlu.edu/lenfest-centeror call the Lenfest box office at 540-458-8000 for ticket purchase information. Box office hours are Mon.–Fri., 9-11 a.m. and 1-3 p.m., as well as one hour before performance time.