Civility and Opinion in a Polarized America Tyler Grant ’12, a graduate of Washington and Lee University and the University of Virginia School of Law, is a regular editorial contributor to several national publications. 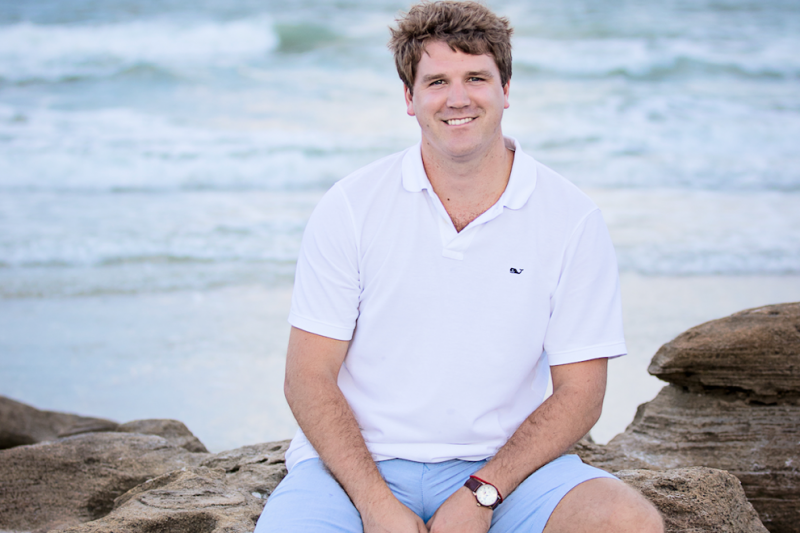 “Unifying rhetoric seems to have escaped the American temperament as we have limped out of a brutal campaign. The country seems on a course for a deeper divide than ever before.”

These words, written by Tyler Grant ’12 in a Nov. 27, 2016, editorial on the U.S. political website The Hill, foreshadowed the deep chasm that has formed between American liberals and conservatives since President Donald Trump took the oath of office in January. Having published in National Review, The Hill, and Daily Caller to name a few,  Grant has found himself with plenty of opportunities to analyze developments in D.C. with the kind of civil, level-headed approach he said he picked up as a student at Washington and Lee.

Grant majored in Chinese and politics at W&L, knowing that he wanted to do something “globally oriented, whether it was in business or foreign policy.” But a constitutional law class with professor Lucas Morel opened his eyes to the possibility of studying law.

“He really sparked my interests,” he said. “Professor Morel is a man that I really respect. He is an absolute intellectual titan, a great Christian man, and a legend at W&L. He inspired me to go to law school.”

After a Fulbright fellowship in Taiwan, where he taught English at an elementary school, Grant attended the University of Virginia School of Law. He interned at the U.S. Attorney’s office in Puerto Rico and now, having earned his law degree, is an associate at the law firm Clifford Chance in New York.

Grant began writing for The Blaze in May 2015 and began publishing in The Hill in August 2016, but not before he submitted several articles without success. That’s when he realized that he needed to be more proactive than reactive in his approach. He now reads the news with an eye for issues that have only just begun to percolate, but might be coming to a full boil around the time he will submit an editorial.

As a result of his new formula, he soon became a formal contributor to The Hill. As a regular, he submits an article about once every two weeks. So far, his pieces have included “White Americans Need to Be Part of the Race Discussion,” “How Did We End Up With a Commander in Tweet?” and “Trump and Taiwan: Breaking from Convention is Progress.”

More recently, he published two articles with the Daily Caller entitled “Give a Golf Clap for Less Governing” and “The Conservative Case Against the Death Penalty.” He also wrote an article featured in the National Review entitled “International Exchange Programs Bolster Foreign Policy.”

It is not always immediately obvious from reading the titles of Grant’s pieces — or even the pieces themselves — where he falls on the political spectrum. In fact, he was president of the College Republicans at Washington and Lee, but his opinions do not break down along party lines. He said that he tries to stay well-rounded in his understanding of current events, and that he enjoys probing the gray areas of political arguments.

“It is easy in this [current political] environment to be extremely polarized,” he said, “but I don’t think people, in their heart of hearts, are actually like that.”

Grant noted that it is difficult these days to find the truth on any issue, because “everything has a slant on it, as if everything is written as an opinion piece.” His solution is to devour as many news sources as possible, not just those that are likely to confirm his own leaning. His typical reading each day includes The Wall Street Journal and The New York Times. He reads The New Yorker “to see how urban wealthy people view things” and the Drudge Report to see a far-right-leaning perspective. If he has time, he throws The Economist into that mix.

Grant credits his time at Washington and Lee, more than any other learning experience he has had, with teaching him the importance of civility. He carries that lesson into all of his writing projects and political discussions.

“At W&L, it was unheard of to beat up on someone in class who disagreed with you,” he said. “It just wasn’t a thing at W&L because people respected each other. The way a disagreement went about resolving itself was in a polite, respectful, civilized manner, and not who can shout loudest in their respective echo chamber and see who can hear them.”