“Professor Seidule is one of the leading historians of American Civil War and military history who has also written widely on the civil rights movement and cultural memory.” 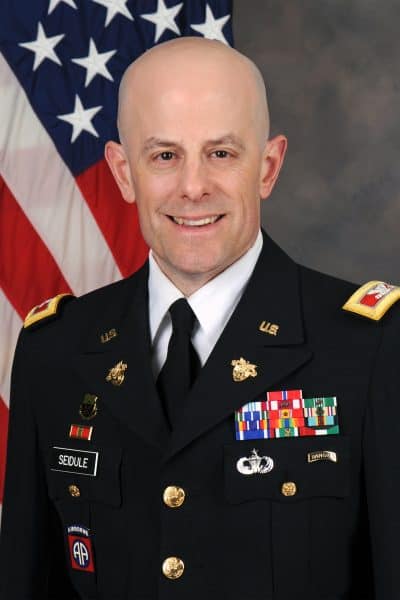 Col. Ty Seidule ’84, professor and head of the history department at the U.S. Military Academy at West Point, will deliver Washington and Lee University’s Constitution Day lecture. Seidule’s talk, titled “Robert E. Lee and Me: Reflections on Confederate Memory by a W&L Graduate, Soldier and Scholar,” will be held in Lee Chapel on Sept. 17 at 7:30 p.m. It is free and open to the public.

Seidule received his B.A. from Washington and Lee and his M.A. and Ph.D. from Ohio State University. During his 30 years in the U.S. Army, Seidule has commanded cavalry and armor units in war and peace, serving in the United States, Germany, Italy, the Balkans, Saudi Arabia and Iraq.

Seidule also writes on West Point history, including Civil War memory and African American history, has chaired the Memorialization Committee at West Point, and is working on a history of the Black Power movement at West Point. As a public historian, he has created several open online courses.

“Professor Seidule is one of the leading historians of American Civil War and military history who has also written widely on the civil rights movement and cultural memory,” said Marc Conner, Washington and Lee’s provost. “As this year’s Constitution Day speaker, he brings significant academic expertise, as well as his perspective as a military officer.”

“Professor Seidule’s lecture will be the second major event in our yearlong Washington and Lee: Education and History series,” said Conner, “in which we are bringing a variety of speakers and scholars to campus to engage in issues of history, identity, self-representation and institutional understanding.

“This bold effort at interpreting not just our own cultural identity but that of the nation commenced with Danielle Allen’s Convocation address and our first-year reading program and continues with the Constitution Day lecture,” Conner added. “That Professor Seidule is also a W&L alumnus gives him a particularly compelling perspective on these matters. I’m extremely excited for his visit and eager to hear his ideas about these many complex issues.”

The talk is sponsored by the Mellon History in the Public Sphere project, the Office of the Provost and the History Department. 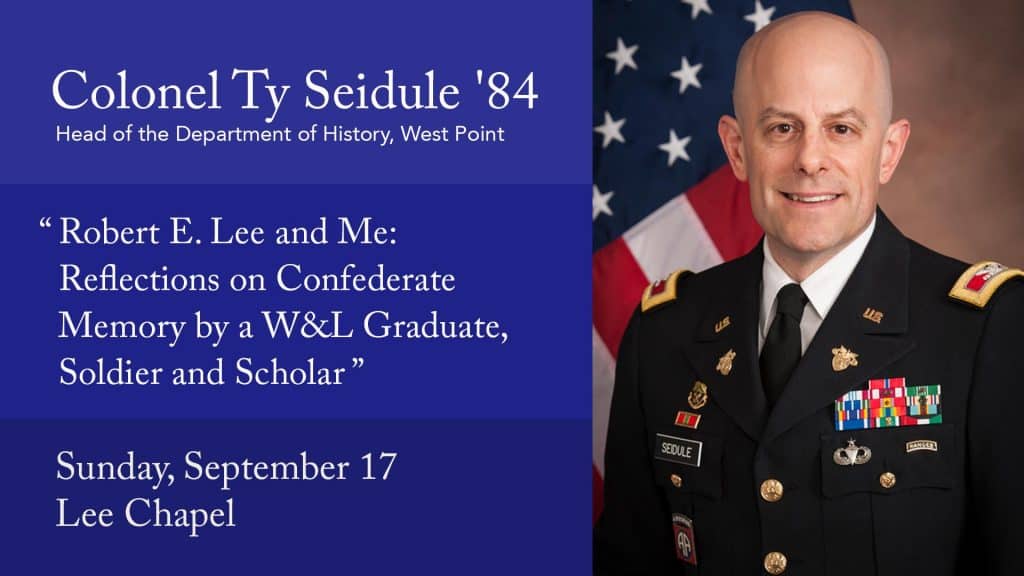