“A playwright, novelist and literary critic, Domnica is a world citizen who brings her commitments to bear on her teaching and writing with intense personal engagement.” 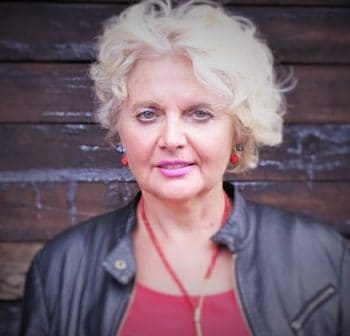 Domnica Radulescu, the Edwin A. Morris Professor of Comparative Literature at Washington and Lee University, has received a Fulbright Research Teaching Fellowship to study and teach at the University of Bucharest, Romania, for the 2017 fall term.

“Though I have known her for over 20 years, Domnica Radulescu has never ceased to astonish me with her extraordinary energy, passion and productivity,” said Suzanne Keen, dean of the college. “A playwright, novelist and literary critic, Domnica is a world citizen who brings her commitments to bear on her teaching and writing with intense personal engagement.”

Radulescu, who had a Fulbright to Romania 10 years ago, plans to complete the research and writing of her fourth novel, “My Father’s Orchards,” which takes place in Romania during World War II.

“I’m inspired by my father’s story and his life in Romania during and after the war,” said Radulescu. “Romania has an interesting history in that it first sided with Nazi Germany and later became part of the Allies when the Russians invaded. He came of age during that time and the subsequent communist takeover, and I’ve always been fascinated by his experience. I’m also going to be doing some emotionally difficult research looking into the files of the secret police, which are now available. Like my other novels, this one will examine themes of political upheaval, love and trauma with a new element, that of the paranormal. Romania has a rich folkloric history, and since it is my heritage, it will be interesting to explore.”

Radulescu will teach two courses, one on playwriting and performing trauma, and one on memoir, autobiography and writing about political trauma in the American Studies program at University of Bucharest. “It’s poignant for me because I will be teaching at the university in the same building where I went as a student before I escaped Ceausescu’s communist regime. I will have as a colleague one of my dearest former professors of English literature. I met her again 30-some years later at a conference, and she suggested I come on a Fulbright. Now, here I am, returning to a place that now is teaching my first and second novels in transnational literature courses. I’m following an intellectual and emotional arc in returning to my native city.”

While in Romania, Radulescu also plans to meet with theater directors who are interested in producing a few of her plays. “Bucharest is such a theatrically and culturally vibrant city, with one of the largest summer theater festivals in the world,” she noted.

“I’m excited to reconnect with my roots in the new, modern Romania,” said Radulescu. “Things have changed. It’s quite a different country from what it was. I’ve been going back relatively frequently for work and to visit family, but I’ve felt like a tourist in my own country. When you go and work in a professional setting it is a very different feeling. I always say you don’t belong to a place unless you work in it. You need to feel the rhythms of the city.”

Radulescu is the author, editor or co-editor of 10 scholarly books, three novels, as well as book chapters, articles and plays. She joined W&L in 1992, and as well as teaching courses in French language and literature and in Italian Renaissance literature, Radulescu was the co-founding chair of W&L’s Women’s and Gender Studies Program and is the founding organizer and director of the National Symposium of Theater in Academe. She is the recipient of the 2011 Outstanding Faculty Award.