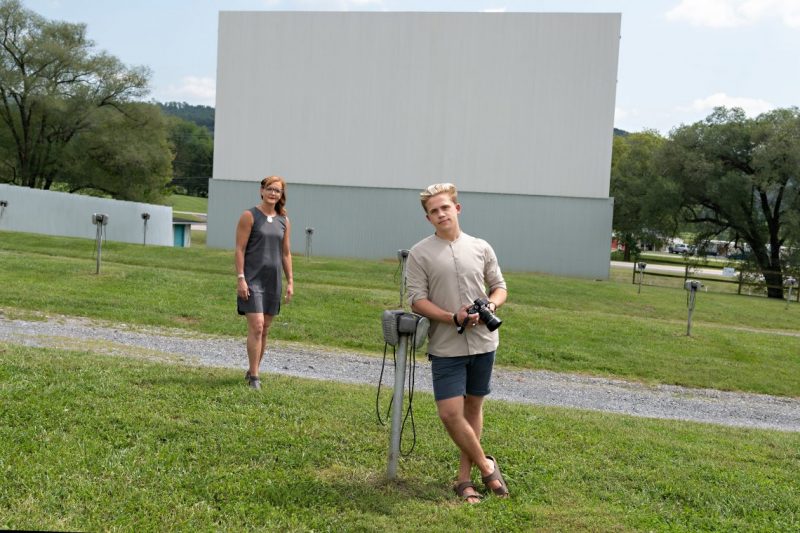 Professor Stephanie Sandberg and Nolan Zunk ’22 at Hull’s Drive-in, where their documentary “Intimate Violence” was screened to raise money for Project Horizon.

A documentary about domestic violence by Washington and Lee University professor Stephanie Sandberg and Nolan Zunk ’22 has been named a finalist in the Cannes World Film Festival, the Five Continents International Film Festival and the Vancouver Independent Film Festival.

“I’m honored that ‘Intimate Violence’ was selected,” Zunk said. “It is crucial that we all come to terms with the realities of intimate partner violence, and I’m proud that our film can share in that effort.” 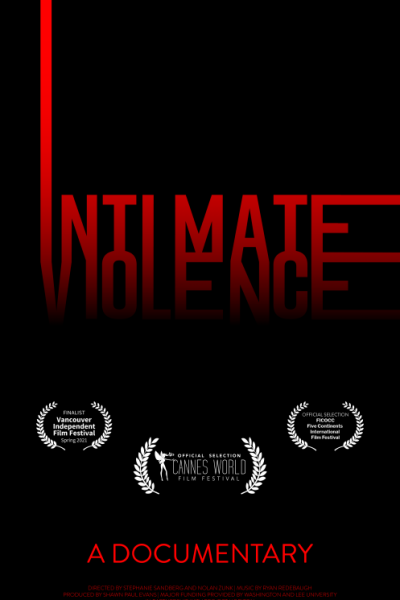 Sandberg, an assistant professor in Department of Theater, Dance, and Film Studies, began working with Zunk on the film near the end of his freshman year at W&L. They worked closely with Lexington nonprofit Project Horizon and used Lenfest grant money to travel around the country and interview national experts. Lauren Hayes ’23 was also involved in making the documentary and, along with Sandberg, wrote a related play featuring domestic violence survivor stories.

The 102-minute documentary, which weaves together survivor stories with expert interviews to take a close look at the current state of domestic violence in America, was screened for the first time at Hull’s Drive-in on Oct. 25, 2020 to raise money for Project Horizon. It raised about $20,000. In January, Sandberg and Zunk used funds provided by the Provost Office to enter “Intimate Violence” in a number of film festivals around the country.

As a finalist in the Cannes World Film Festival’s monthly competition, the film is automatically entered in the annual competition for an opportunity to win a trophy and have the film screened at a theater in Cannes. The filmmakers also have earned the right to display the festival laurel on their poster and upload their credits on IMDb.

Sandberg and Zunk are thrilled that “Intimate Violence” is getting attention and hope it will achieve more widespread recognition in the months to come. “Putting those laurels on your poster is a really big deal,” Sandberg said. “You have to get those on there in order to have your film taken seriously.”

While the kudos are nice, both filmmakers say it’s most important that the film educate viewers about the very real and pervasive problem of domestic violence.

“Survivors deserve to be heard and to have their stories listened to,” Zunk said. “I hope that the film continues to start conversations both here in Lexington and around the world about how we all can work toward a violence-free society.”