Filling the Gaps In response to student demand, Washington and Lee University has added three new interdisciplinary minors to enrich its curriculum.

Minors in archaeology and MESA were added to the curriculum for the 2017-18 academic year, while this fall is the first time students have been able to declare a minor in digital culture and information (DCI), the newest minor at W&L. The addition of these three minors brings the total number of available minors at W&L to 34.

This 18-credit interdisciplinary program was created to help students develop valuable technical skills through exploring how the digital age impacts knowledge and society. According to the minor proposal, “the course of study nurtures critical reflection on the underlying structure of information and not merely technical proficiency. A minor in Digital Culture and Information provides the foundation for a career in any field and for life as an informed citizen in a digital society.”

The new minor is designed to enhance students’ academic achievement within any major.

“A successful minor would mean that we pull students from a lot of different majors,” said DCI Program Chair Jeff Barry, who is also an associate university librarian. “We want to give them understanding of different career paths that they might not be aware of.” 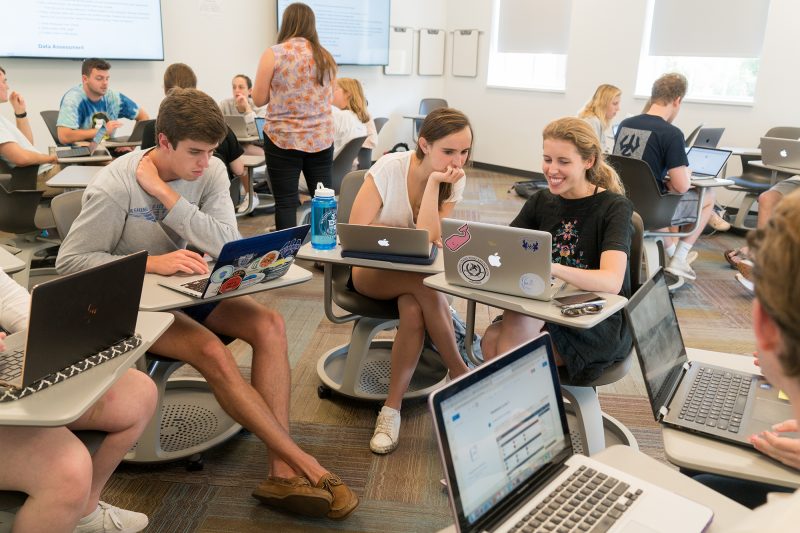 Many of the courses offered under the DCI program were formerly listed as digital humanities (DH) classes as an initiative from the DH committee, headed by Associate Provost Paul Youngman. The committee supported all digital efforts in the humanities through funding opportunities and offering classes that piqued student interest, such as data in the humanities and web programming for non-programmers.

“The faculty in the program offer a certain amount of expertise and experience that doesn’t exist elsewhere in the curriculum,” Barry said. “We fill in a gap.”

He said that as students saw an increase in humanities assignments that involved a data or technology component, they began to request the minor. The DCI program aims to support those students as well as the ones who have never delved into the computer sciences before.

“We get a lot of interest from students who are too intimidated to take a computer science course,” Barry said. “But we hope that through taking DCI courses and the minor these students will develop the confidence and expertise to later find a career in technology-based organizations.”

This comprehensive, career-focused minor is intended to teach students not only how to use digital tools but also to understand how the internet works.

“Liberal arts students, particularly, have good skills of communicating, seeing the bigger picture and making connections,” Barry said. “This minor is an opportunity for students to develop and demonstrate those skills in the world of digital information.”

Anthony (Antoine) Edwards, visiting assistant professor of Arabic, and Tim Lubin, professor of religion, proposed the MESA program in September 2017 after Edwards accepted his tenure-track position in July. The university approved the program in October 2017.

According to the program proposal, “the Middle East has long been politically and economically silent in American experience, and South Asia is steadily emerging in the geopolitical, economic, and cultural spheres.”

“The idea behind the MESA program is an interdisciplinary approach to the region of the Middle East and South Asia that explores the historical, economic, political, linguistic and intellectual linkages for this massive region,” said Edwards.

The minor has seven courses including art history, religion, politics, humanity, literature and language. It also has a branch for students specifically interested in the Arabic or Sanskrit languages, which require additional credits.

Edwards said a “grassroots effort” from the student body made the MESA program possible. Since he started teaching Arabic in fall 2015, students have expressed an interest in better understanding the Middle East and South Asia regions.

“By creating the minor, we are responding to students’ desire,” said Edwards. “We are also very much creating global citizens. That’s the mission of this university.” 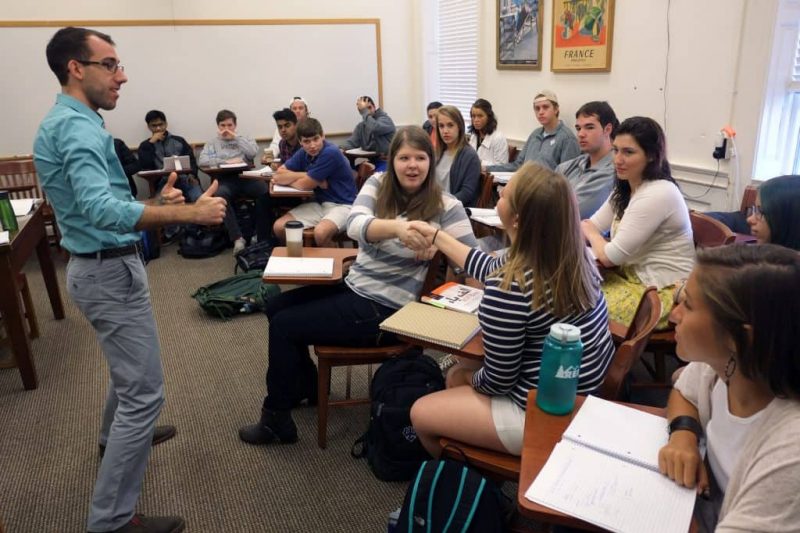 Professor Anthony (Antoine) Edwards works with students in one of his Arabic classes.

The MESA minor encourages students to study abroad to learn the subject matter in an environment that differs from the classroom setting. “The minor is like a motivation to push students to go abroad to observe it, to see it, to live it and come back with their own opinions,” said Edwards.

Faculty in the program are working to create more independent courses that help improve the structure of the minor. They are also hoping to expand the minor into a major, when the university has more tenure-tracked positions to staff the program.

Six students in the class of 2018 signed up for the MESA minor. They were the first class to graduate with the minor.

“I hope students who take the minor can be less afraid of the world outside their backyards,” Edwards said.

In the 1970s, Anthropology Professor John McDaniel, who has since retired, established archeology as a field program with research projects on the Liberty Hall campus. The program was popular at that time but students had to propose independent majors to gain a degree in anthropology and archeology.

Then, in 1989, W&L began to offer a major in anthropology and archaeology, but that major only lasted until the early 2000s, when the university did away with the archaeology major and merged the anthropology and sociology departments into one major. Still, student demand for an archaeology program remained.

“There was the consistent, small group of students who were interested in archaeology,” said Donald Gaylord, W&L’s research archaeologist and the coordinator of the archaeology program. “So I started to think about it more as a broadly interdisciplinary program.”

Gaylord shared his idea of forming the archaeology program with other professors, including Classics Professor Michael Laughy and Sascha Goluboff, head of the Sociology and Anthropology Department. They also talked with faculty in museum studies, chemistry, the Reeves Center and geology, because those are related disciplines in terms of methods and the use of archaeology to reconstruct the past.

“For the last 15 years, there was no credential for our graduates to tell their future employers that the student did in fact get some credential in archaeology,” said Gaylord. “And every year consistently there are students expressing interests in archaeology.” 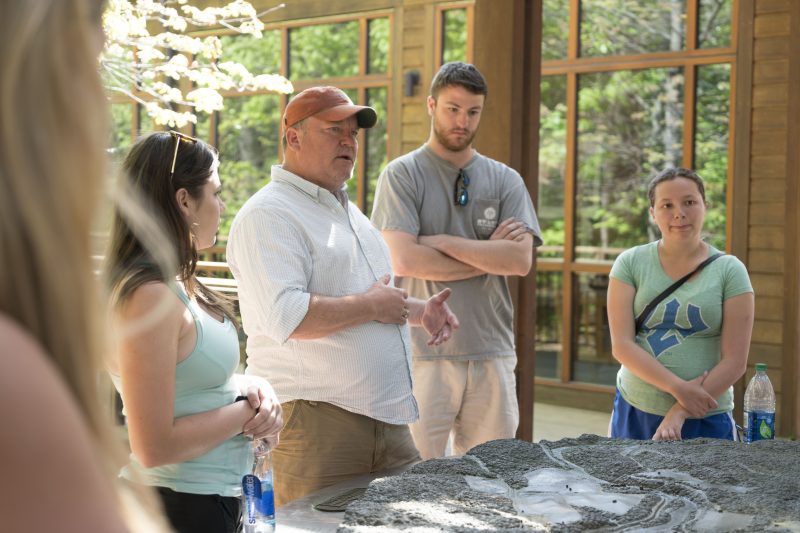 W&L Research Archaeologist Donald Gaylord and his students participate in a tour at Thomas Jefferson’s Monticello.

Faculty in the archaeology program would also like to create an archaeology club, which will be a less formal opportunity for students interested in archaeology. Members of the club would participate in laboratory events and regular meeting of the Archeological Society of Virginia, where they can network with people who have been in the field for a longer time.

The university is generous with resources for the archaeology program, including the archaeology lab and the John M. McDaniel Fund. According to the minor proposal, “Students can participate and conduct research in these faculty-led projects during Spring Term and every summer, as well as join other ongoing projects in various locations.”

As the world continues to be transformed by technology, globalization, diversity of culture and political plurality, interdisciplinary studies help students see the world from a more mature perspective. These three new minors continue the W&L tradition of providing students with interdisciplinary opportunities.