Find Me Shelter Krista Camp ’13 is on the front lines of one of America’s most contentious issues — immigration. 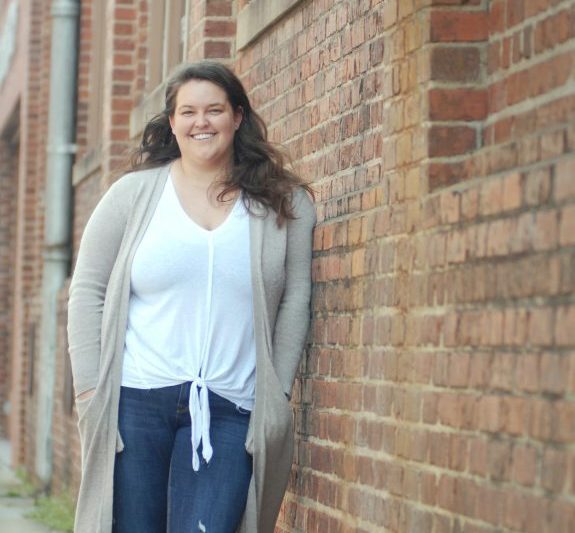 “These people and this experience taught me a lot, but more than anything, I came to realize that the world would be a better place if we were all a bit kinder to one another.”

By the time Krista Camp ’13 graduated, she had only been outside the U.S twice — to Costa Rica in high school and then again for a four-week W&L spring term class. She credits that experience, along with a seminar in International Development, for her path after graduation — working with vulnerable people from around the world. “I realized I wanted to be abroad,” said Camp. “I wanted to experience other cultures, but I wanted to do it in a way that was more impactful than simply traveling across the globe. I wanted a very integrated experience in which I could hopefully give something back to the community I was in.”

She joined the Peace Corps for a two-year deployment to Tisaleo, Ecuador, working for a foundation serving children with special needs. In 2016, she took a job with a satellite office of Church World Service (CWS) in Durham, North Carolina, a faith-based international aid organization that addresses hunger, poverty, displacement and disasters, both at home and abroad. It is also one of nine national refugee resettlement organizations funded by the Department of State.

Orientation
At CWS, refugees receive help with job placement and housing, cultural and community orientation, English courses and more. Camp has also helped reunite families. “Sometimes it’s been years since these people have seen each other. I remember one case involving a 93-year-old woman from Burma whose daughter, granddaughter and great-grandson all came to the airport to pick her up. I was not expecting the emotional reaction I had when I saw them all together. You don’t realize how easy you have it until you are faced with the struggles that most of our clients see daily.”

Since 2016, the refugee resettlement program has seen a lot of ups and downs. “When I started, we had five case managers working on reception and placement, and now it’s me and one other case manager.” With the current political climate, volunteer interest and donations have increased, “but the majority of the government funding has been completely slashed due to the low presidential determination on refugee admissions,” she said. “We never really know what’s going to happen, things change hour to hour.”

In January, Camp was promoted to disaster preparation and response specialist at CWS and will focus on identifying the unmet needs of the refugee and immigrant communities that were affected by Hurricane Florence in North Carolina and connecting them to the local service providers who can assist in the recovery process.

Special Assignment
Last summer, Camp traveled to the Arizona border for a 10-week assignment working with asylum seekers recently released from detention at a United Methodist Committee on Relief shelter, an experience she described as “heartbreaking and hard, but also rewarding.”

The majority of asylum seekers come from Honduras, El Salvador, Guatemala or Mexico, usually by foot. Most claimants are shuttled to a detention center closest to their point of entry to be processed by immigration and to begin the asylum process. Those lucky enough to be released to a shelter will eventually be reunited with family in the U.S. They will stay with those family members until their first court date. Those who arrived at Camp’s shelter were provided with “beds, food, clothing, showers, everything they needed, until their family could buy them a bus ticket. We gave them an orientation on what the asylum process would look like moving forward. We also made sure they knew the location and date of their first immigration court appearance.”

She said, “I met some of the strongest people I have ever known during those 10 weeks, and it is frankly quite disturbing what they go through. Many are separated from their husbands or adult sons at the border without a chance to say goodbye, not knowing when they are going to see one another again. Despite all this, they remain kind and grateful and ultimately are just looking for a better life for themselves and their children. I fear for those who must spend this entire process within the walls of a detention center, isolated from their families and without any understanding of the complex immigration system. These people and this experience taught me a lot, but more than anything, I came to realize that the world would be a better place if we were all a bit kinder to one another.”

CASA
During her junior year, Camp served as a court-appointed special advocate, as part of her philanthropic contribution as a member of Kappa Alpha Theta

Stats
CWS has historically resettled about 200 refugees every year, but numbers can vary depending on the nationwide cap — the refugee ceiling — determined annually by the President. Between 2016 and 2019 the ceiling was reduced from 85,000 refugees to 30,000.

Motto
“Love all, serve all and create no sorrow.”

Advice
“Do not fear the unknown, embrace it. You and the world will be better because of it.”