‘Freely and Unapologetically Myself’ Jordan Goldstein's Washington and Lee journey can be followed through her love of music, her adventures on the stage — and the length of her hair.

“Washington and Lee has given me the freedom to not just discover my passions, but to find out who I really am.” 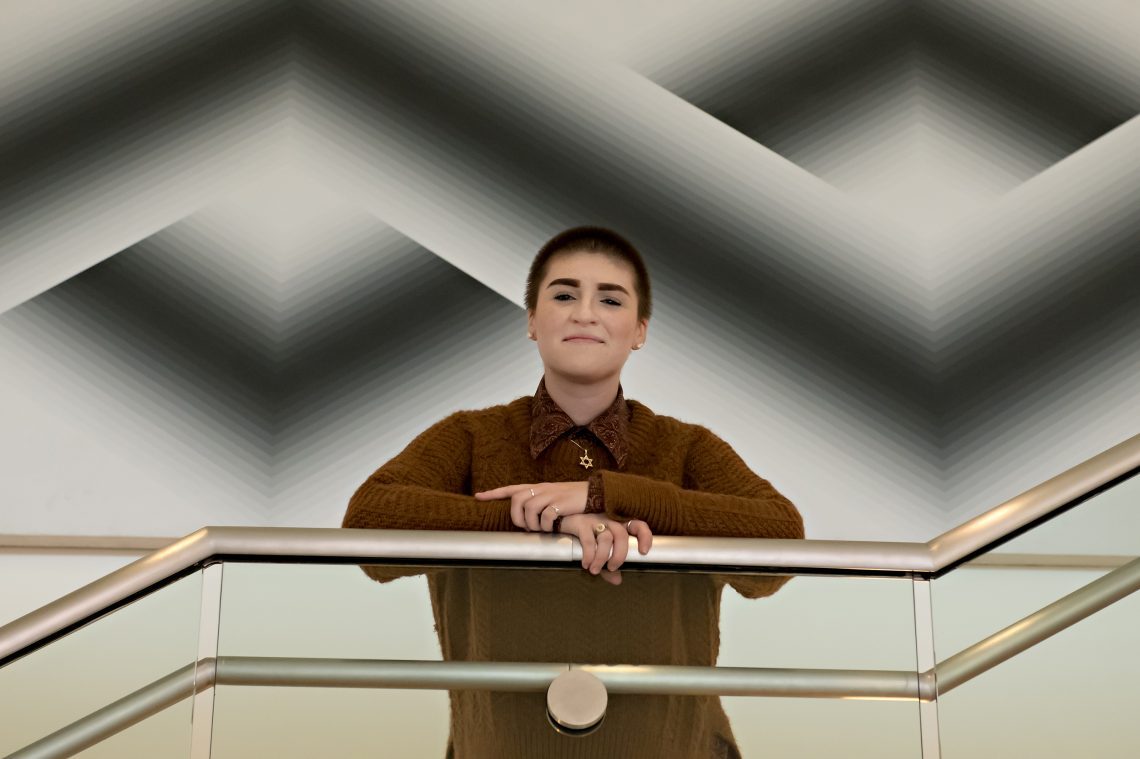 A large portion of my Washington and Lee experience has had to deal with one large experiment: my hair. This may seem confusing, especially since I’m not sporting much of it at the moment, but hair is a crucial part of our identity, how we present ourselves to the world, and how the world perceives us. I spent all of high school with the same auburn, waist-length locks, and they often became a more defining feature than my personality, which was off-putting to say the least. I occasionally would float the idea of cutting it short, but most friends freaked out at the idea, saying I wouldn’t be Jordan anymore.

That issue didn’t exist once I got to W&L, and I was incredibly excited to be defined by anything but my appearance. Sophomore year, I went for a dark brown bob. Some may call it an emotional haircut, but the plan had been in the works for years, and I finally felt like I had the chance. Shortly after, I went on a Birthright trip to Israel, where I met and became friends with people I barely knew before and I started coming to terms with my own bisexuality. Through W&L, I toured Ireland, took on my first role in a straight play, sang with the jazz band – I felt reborn. A literal curtain had been pulled back, and here I was! Addicted, I took it to the next level that summer and got a pixie cut.

Initially, that cut was uncomfortable. I got long stares and confused expressions, and I wore more makeup than usual because I felt the need to make up for something, even if I wasn’t sure what that was. Having less hair is revealing, physically and psychologically. Junior year and the power of the pixie led to my friends supporting me in coming out as bisexual, my music professors supporting me in discovering conducting as a passion, and the crazy idea that I could write a musical in four months. Only at W&L, right?

Taking the dead weight off my head opened me up to taking further advantage of the liberal arts college experience that lets me be a multifaceted and complex human being because I was more me and less … well, hair. This brings us to now, my senior year, and a continuation of this trend.

Being cast as Uncle Fester in “The Addams Family” gave me the perfect excuse to tackle the ultimate step in this project. I shaved my head on October 21st and haven’t looked back since. I may be distinct-looking on campus, but I’ve never felt more freely and unapologetically myself. Learning to be comfortable in my own skin, even as people stare or question why I would do such a thing, has shaped a more confident and bold self. Most comment on how this shows my strong commitment to my role, which was part of the decision, but the drastic change wasn’t purely about the character. Fester wasn’t that much of a stretch for me to play: he’s a bit mischievous, but has a big heart, chasing his dreams and trying to help others reach theirs as well. He’s a piece of queer representation in the show, and the ease with which he and the other characters deal with his ambiguous sexuality and gender has helped me become more settled in my own, and I have begun coming out as a non-binary individual at W&L.

I can’t really be called bald anymore, but the strength of my identity remains. Washington and Lee has given me the freedom to not just discover my passions, but to find out who I really am. I’ve made my academic career into one big study of my identity, and I couldn’t be happier with the results. 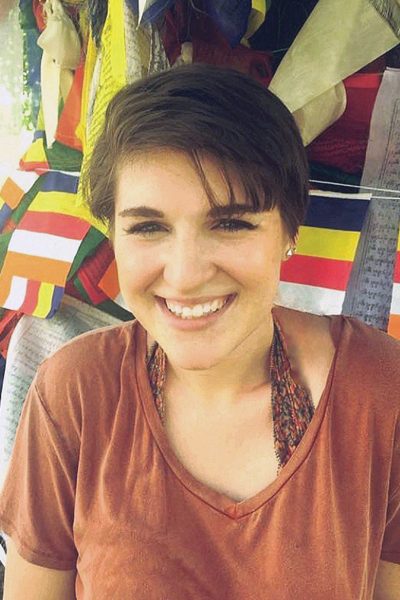 A little more about Jordan

Extracurricular involvement:
I am the student manager of the University Singers, an assistant conductor for the Men’s Glee Club and Cantatrici, a music arranger and member of General Admission, a percussionist in the University Wind Ensemble, and the service leader for our Hillel. I have been part of multiple theatrical productions on campus, from the “Rocky Horror” Shadow Cast to my most recent turn as Uncle Fester in “The Addams Family.” I perform and hang-out at Friday Underground, and I’ve even written the score to a fully student-written musical put on last Spring Term. If you haven’t noticed, I like music.

Has anyone on campus inspired you?
Dr. Shane Lynch is the best professor I’ve had on this campus, and for most of my academic career, he has only been my choir director. He has seen me at my highest highs and my lowest lows, but always trusts that I am capable of doing what I need to do, even when I don’t. He pushes me to be my best, constantly. Through the conducting mentorship program (something I didn’t realize I had been pulled into until it was too late), he has shown me not just how to be a stronger musician, but how to be a better teacher, listener, and mentor to others. I am a better person for knowing him.

What’s your personal motto?
It’s a quote from Rabbi Hillel: “If I am not for myself, who will be for me? If I am only for myself, what am I? And if not now, when?”

Best place to eat in Lexington? What do you order?
A prosciutto, fig and goat cheese sandwich, a small mocha, and a chocolate croissant from Pronto is my favorite meal in Lexington (and it doesn’t hurt that it’s a block away from my apartment.)

What one film/book do you recommend to everyone?
“A Brave New World” by Aldous Huxley is my favorite book. It shaped the dystopian genre as we know it today, and has a really powerful message about the importance and value of free thought and art.

Post-graduation plans:
(As long as I get in) I’m planning to attend Hebrew Union College and get my rabbinical or cantorial ordination, as well as continuing and deepening my experience in the world of Jewish music and composition.

Favorite class:
It’s cheesy, but I have to say choir. I spend an hour every day getting to shape sound and hold an ensemble in my hands as I conduct, then spend an hour singing my heart out without having to worry about the rest of the world. It’s a huge release and the best feeling.

What’s something people wouldn’t guess about you?
I actually get reverse stage-fright! Instead of freaking out before a performance, I get really anxious after I perform and play everything that wasn’t perfect in my head over and over again.