“Ceramics are a great vehicle for learning about people.”

Ron Fuchs, curator of ceramics and manager of the Reeves Center at Washington and Lee University, has been named chairman of the board for the American Ceramic Circle, a non-profit educational organization dedicated to the study and appreciation of ceramics. 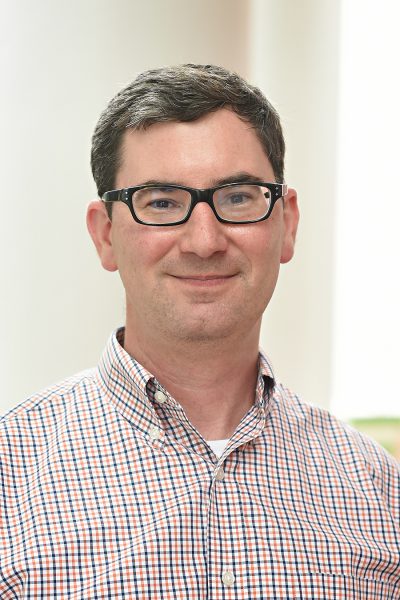 The American Ceramic Circle is one of the foremost groups in the country for collectors, dealers and professionals in the area of ceramics. Fuchs has previously served as president of the organization, and as a board member.

“I am very honored and touched and still kind of surprised,” he said of his new post. “It is an organization that was very helpful to me in providing a community, peers, and the chance to see other objects and collections.”

From a young age, Fuchs was interested in the study of archaeology. He majored in history and anthropology at William & Mary, where he began to see how important ceramics are to our understanding of the past. Because of their durability, ceramics can survive underground for long periods of time; as a result, they are often some of the most fascinating and informative objects discovered during archaeological digs. In graduate school at the University of Delaware, Fuchs found himself drawn to the study of whole, intact pieces in a museum setting.

Fuchs came to W&L in 2008, after 10 years at Winterthur Museum in Delaware. His work as chairman of the board for the American Ceramic Circle will last for a two-year period. In addition to supporting scholarships and promoting the study of ceramics, he will help to plan and execute annual conferences and a biennial journal.

For more information about The Reeves Collection at Washington and Lee, click here.