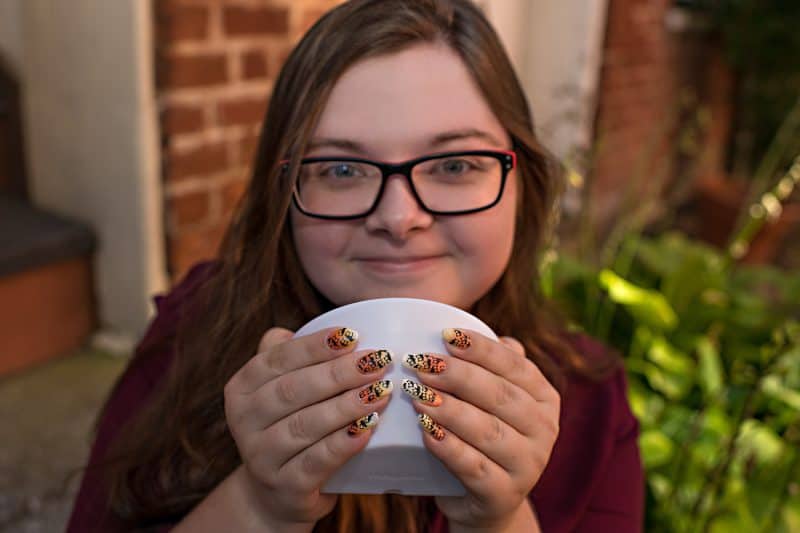 What is your official job title?

Digital Content Strategist — a bunch of random words that mean I work to make things look nice on the university website.

How long have you worked at W&L?

My one-year anniversary in the Communications Office was in August! I graduated from W&L in 2015 (a lifetime ago) and worked at the IT HelpDesk and on the student social media team, @wlulex, while I was a student. So if you know my face, it might be from that.

What do you like best about working at W&L?

First and foremost, Lexington and the people who live and work here. I love the community — and being able to walk to work is a nice plus! Second, Hillel Bagels and my proximity to them.

What advice do you have for students (or parents)?

I would definitely tell all people to explore. When I was a student, I was always in the library or the science center. As staff, I love going out into Lex and our surrounding sister towns and finding all sorts of new things — restaurants, hiking trails, stores and people!

Where did you grow up?

From birth until college, I moved nine times and changed schools seven times, so it’s hard to peg down a single hometown. I spent a good portion of my childhood in the Portsmouth area of New Hampshire, so that’s probably as close to a hometown as I’ve got.

Tell us a little bit more about yourself.

I’m an absolute nerd with a passion for video games, thick books and strange TV shows. I’m an animal lover (read: next-gen cat lady), and have rescued two black cats from Lexington bushes (yes, bushes). I’m a huge foodie and am always trying new cuisine, either cooking it up in my house or enjoying it in a local eatery. And you can always find me snapping photos of every dish on the table before ANYONE can eat. 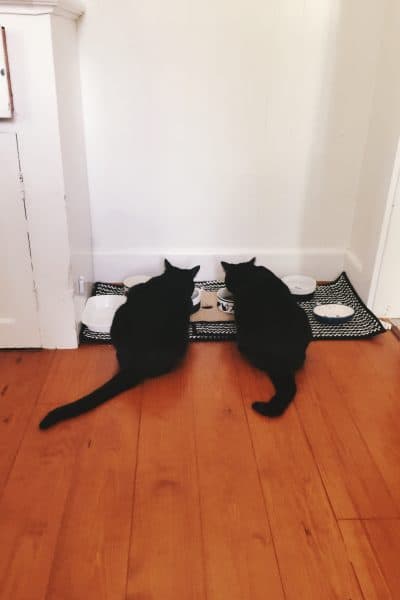 If you could live anywhere, where would you build your dream home?

I love the mountains and I love seafood. So my dream home would be a mountain lodge less than an hour from the ocean, so I can always get that saltwater fix.

Who most inspires you?

My mom — 100 percent. She runs marathons. She’s training an 80-pound pit bull puppy. She taught herself to drive stick. She solves any problem you call her with (from angry rants to laundry questions). She’s an iron-sided New England lady, and she makes everything seem possible.

What book are you reading now?

I can never read only one book at once, but right now it’s Margaret Atwood’s “The Handmaid’s Tale” and Patrick O’Brian’s “Master and Commander.”

What music are you listening to these days?

I always have my headphones in, listening to as much and as many types of music as I can. I take suggestions from friends, blogs, things I hear on TV shows, movie soundtracks — the works! At the end of every month, I publish a monthly Spotify playlist of all the music I’ve been able to find in the weeds. (So if you have any recommendations, send them along!)

Your favorite movie of all time?

“The Dark Crystal” by Jim Henson. It was one of the first films I can ever remember watching. When I found it years later, it was just as magical.

I spend a lot of time on Twitter and Reddit to see what the internet has going on that day. I love random facts/trivia and am always looking for new ones! (Did you know that the word “yak” only refers to male yaks?)

Which historical figure do you most identify with?

Sei Shōnagon. She lived a much more luxurious life than I do (way back in 1000 AD Japan), but reading her diary, you see a humorous, witty, modern woman. Studying her was just like sharing text messages with your best friend.

If you could have coffee with one person, living or dead, who would it be and why?

Alexander the Great. He conquered (most of) the known world. He was taught by Aristotle. He was a military genius. He was widely traveled (see: conquering the known world). I’ve always thought he would have such interesting tales about places he had been, situations he had experienced, and all the crazy food he’d probably eaten.

Tell me something most people don’t know about you?

I do my own nails. I’m pretty obsessed with it. I own 50+ bottles of nail polish and love trying out new designs, color combos and ideas. I do them about once a week, and the whole process can take between 2 to 4 hours! But it’s so fun to be creative, admire your canvas for a week, and then start all over again.