‘Grateful Every Step of the Way’ Over 1,200 miles of biking and hiking trails led Ralston Hartness '18 from Spain to Ireland, discovering the meaning of pilgrimage along the way.

“I am deeply grateful to this place for enabling an experience that was not only academically meaningful but personally, relationally, and spiritually profound.” 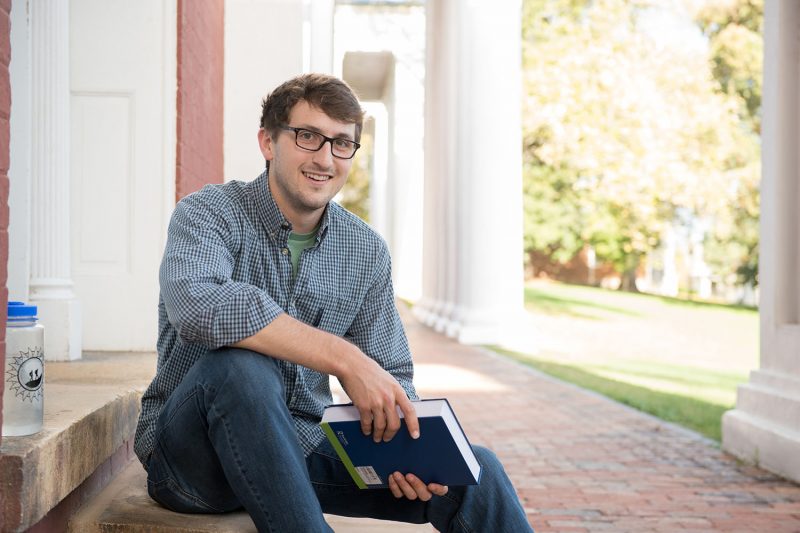 This summer I was given the opportunity to make a pilgrimage around Europe — from the Camino de Santiago Primitivo in Northern Spain to Croagh Patrick in County Mayo, Ireland, and many places in between. Throughout my time at W&L, I have been fascinated by pilgrimage: What makes it so meaningful, what they expect out of it, why these places matter? As an avid backpacker, and someone who had never been to Europe, I wanted to experience many of the pilgrimage journeys I had studied. 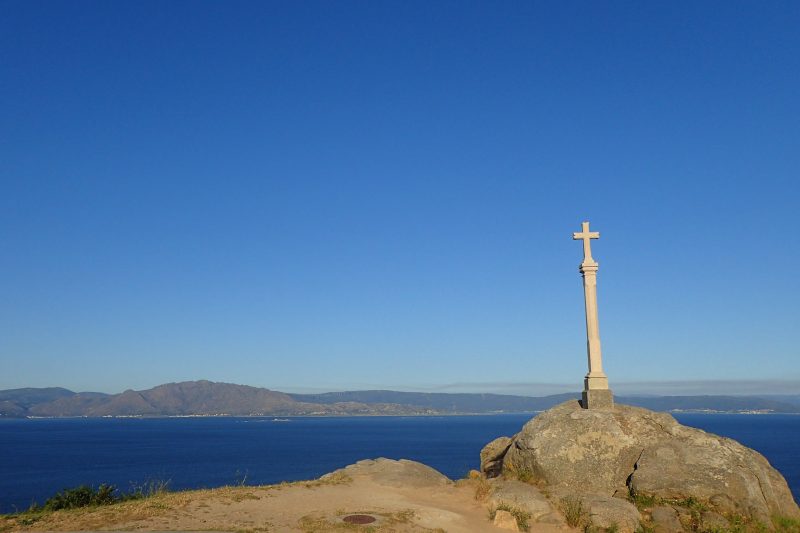 Thanks to W&L, and the generosity of the Johnson Scholarship program, I was able to make this dream a reality, and I was incredibly grateful every step of the way. After months of planning routes, checking airfares, aligning bus timetables, and ordering maps, Luke Farley ’18 and I stood in front of the Cathedral in Oviedo, Asturias, Spain ready to embark on our journey to Santiago de Compostela. It was a surreal moment of beginning, and one that I will never forget.

Those two weeks were full of surreal moments as we stumbled upon incredibly hospitable pilgrim refugios, indulged ourselves with satisfying pilgrim menus, walked along Roman bridges and walls, witnessed the sun rising over fog-steeped valleys, descended through a passage onto the main plaza of the Santiago de Compostela Cathedral, and crested a ridge to see the Atlantic Ocean shimmering out over the coastline of Finisterre. After spending a couple of days exploring and reflecting in Santiago de Compostela, we packed our bags and made for London, where we enjoyed incredible food and numerous British cultural landmarks. 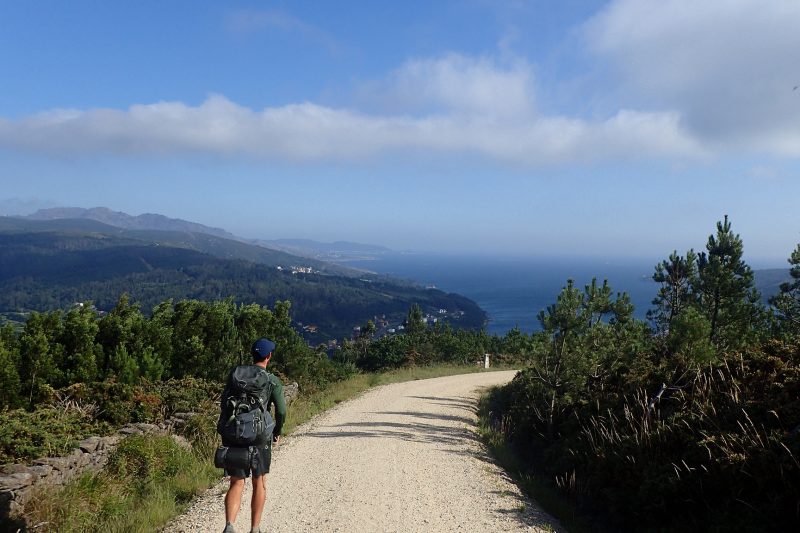 Luke Farley ’18 on the Camino descending into Cabo Finisterre.

London was also the starting point for what would be two weeks of solo journeying, as I began to make my way to Canterbury and around the coast of Southern Wales to St. David’s, a place with a rich pilgrimage history. Even though Wales lived up to its reputation of being rugged, isolated and wet, it had such a warmth and I loved every moment of it — the holy wells and Welsh names, the fragrant breads and lingering conversations. I was inundated by incredible tales of saints, pilgrims, and yearning masses who walked the same paths on which I found myself. Wales stretched and tested my endurance and patience, yet I was overwhelmed by a sense of nostalgia and sadness as I departed on a ferry across the Irish Sea. I had dreamed of Ireland for quite some time, but now I was there and awaiting the arrival of my brother, Graham, who would join me on my pilgrimage around the island. 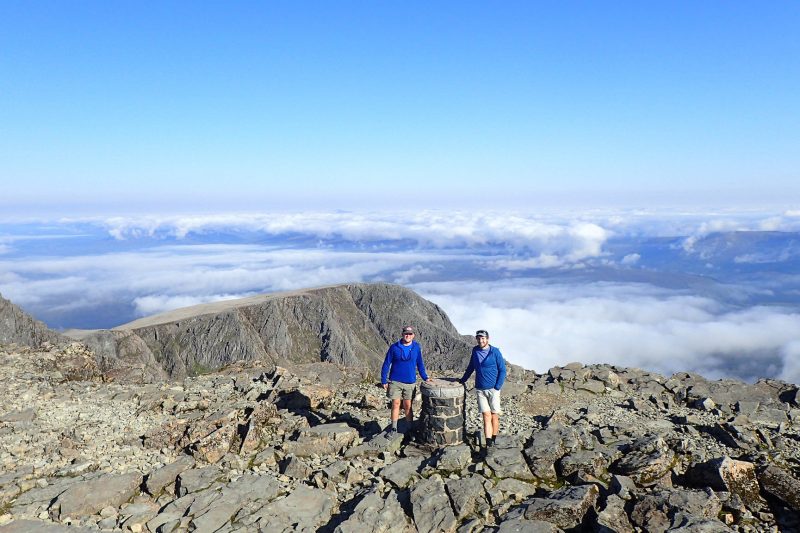 Ralston and his brother, Graham, on Ben Nevis in the Scottish Highlands.

Our first major destination was the Tochar Phadraig, which is a pilgrimage road in County Mayo tracing sites associated with Saint Patrick and culminating in an ascent of Croagh Patrick. That was just the beginning of our Irish experience — we went on to climb Carrauntoohil, bike the Ring of Kerry, walk the Wicklow Way, and reflect in countless cathedrals and oratories along the way. When I asked my brother what was the biggest lesson he learned through our time together he said, “I was often afraid of what was ahead, but when I look back, I am so glad I did it anyway.”

There was a beautiful, holy trepidation throughout the summer that led me, Luke and my brother into a posture of surrender, reflection and excitement. Whether it was as hospitaleros told us there were no beds in their hostel, when fog surrounded us as we biked out of the Black Valley, or as our flight back to Chattanooga was canceled at the end of our trip, the summer was full of this adventurous and holy fear so emblematic of the pilgrim experience. I am deeply grateful to this place for enabling an experience that was not only academically meaningful but personally, relationally and spiritually profound. 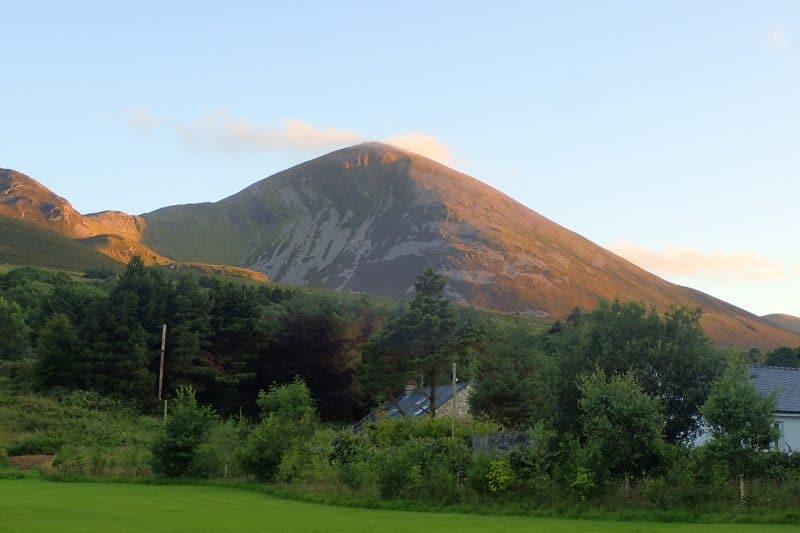 A little more about Ralston

Extracurricular involvement:
I’m involved in the Outing Club, Reformed University Fellowship, Sunday Night Worship, and LEAD. I spend time placing and coordinating volunteers as a service-leadership intern at Maury River Middle School. I am a Young Life leader at Rockbridge County High School. I also sing and play guitar at venues around town such as Friday Underground and Palms.
Has anyone on campus inspired you?
James Dick inspires me. His passion for life is contagious and he is always willing to say “let’s give it a shot” to your rusty, rough-around-the-edges idea.
Best place to eat in Lexington? What do you order?
Blue Phoenix. You cross your fingers and hope they have the “Peace in the Middle East” falafel-bagel sandwich and coconut curry daal on the same day. And you grab a 99-cent day-old whole wheat croissant for the road.
What one film/book do you recommend to everyone?
“East of Eden” by John Steinbeck
What do you wish you’d known before you came to campus?
The Co-op cookies are always the perfect softness. I didn’t discover that until last year.
Post-graduation plans:
Teaching at an independent secondary school somewhere in the southeast and becoming an outdoor education instructor in the summers through the National Outdoor Leadership School (NOLS), Outward Bound, or another organization. That’s the hope, at least.
Favorite class:
What an unfair question. If I had to pick one it would probably be Forget Me Not: the Visual Culture of Memorials. It was an art history class that I took last spring term with Prof. Melissa Kerin. But I couldn’t pick that one without also giving honorable mention to Nature & Place, Orthodoxy & Heresy, or The Age of the Reformation.
Favorite W&L event:
LEAD Banquet
What’s something people wouldn’t guess about you?
I was an all-American cheerleader in high school.
Why did you choose W&L?
I knew I wanted a small, liberal arts school with an honor code. However, I fell in love with Lexington and the Shenandoah Valley when I visited, and I could feel something special on campus through things like the Speaking Tradition, honor system and community feel. After visiting campus twice more for the Johnson weekend and accepted students day, I could really see how impactful this place had been on so many students and just how many resources this place had to offer. I was beyond grateful to receive a Johnson Scholarship, and that was the icing on the cake for my already strong inclination that this was going to be the right place for me.
Related //Religion, Teacher Education
Tagged //Class of 2018, Johnson Scholar, Ralston Hartness '18, Religion, teacher education
Loading Comments...