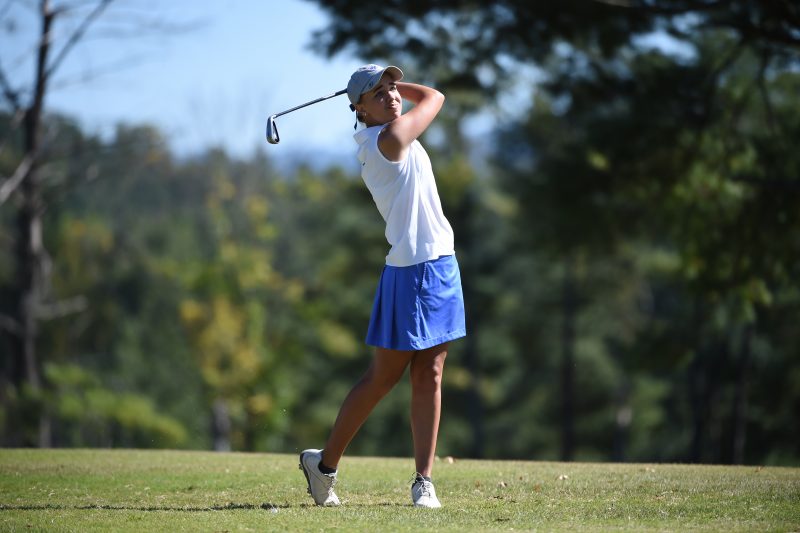 The National Collegiate Athletic Association (NCAA) released its spring 2018 postgraduate scholarship winners and recent Washington and Lee graduate Mary-Frances Hall (State Road, N.C. / Elkin) was among the 58 Division I, II and III student-athletes that were recognized.

Hall is the 23rd Washington and Lee student-athlete selected to receive a scholarship over the last 15 years and the second General tabbed during the 2017-18 school year, joining former men’s soccer player Gillen Beck ’18.  All told, 42 W&L students have received an NCAA Postgraduate Scholarship since 1970.

“One of the highest challenges of being a collegiate athlete is the balance between our academics and athletics, so I am incredibly honored and grateful to have not only been nominated but to have received this generous scholarship award from the NCAA,” said Hall.  “What I was able to accomplish would not have been possible without the incredible support I received at Washington and Lee from my coaches, professors, teammates, and the members of the athletic department.  I could not imagine a better way to finish my four years as a student-athlete, and the award will be invaluable in helping me achieve my goals and pursue the passions that I found at Washington and Lee.” 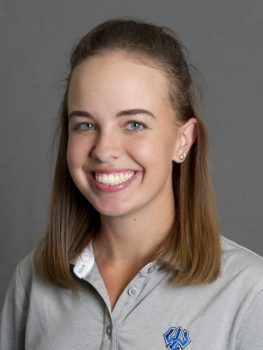 Hall received four letters as a member of the women’s golf team at W&L, earning a degree while majoring in neuroscience.  She was a four-time All-Old Dominion Athletic Conference honoree, earning the ODAC Rookie of the Year and Player of the Year Awards as a first-year in 2015 when she also garnered Second Team All-America laurels.

During the 2017-18 season, Hall ranked 25th in Division III and she recorded a team-leading 78.21 scoring average.  She helped lead the Generals to their second ODAC title and second trip to the NCAA Championship across her four seasons.

Off the course, Hall is a member of numerous honor societies, including the Beta, Beta, Beta – Phi Xi Chapter, Phi Eta Sigma, Omicron Delta Kappa and Phi Beta Kappa.  She worked in the Cognition in Context lab at W&L under Professor Wythe Whiting and Professor Karla Murdock, and she volunteered with the YMCA Happy Hearts Afterschool program.  Additionally, she served as a W&L tour guide and she sat on the Leadership Advisory Committee for W&L Student Ambassadors.

Hall will spend the coming year working as an AmeriCorps service member with Impact America in Greenville, S.C.  Following the completion of her service, she plans on attending medical school with the ultimate goal of serving pediatric patients in a rural or underserved area.

The NCAA awards up to 174 postgraduate scholarships annually, 87 for men and 87 for women. Scholarships are awarded to student-athletes who excel both academically and athletically in intercollegiate athletics competition.

The one-time grants of $7,500 each are awarded for fall sports, winter sports and spring sports. Each sports season (fall, winter, spring), there are 29 scholarships available for men and 29 scholarships for women. The scholarships are one-time, non-renewable grants.