James Forman, Jr. to Deliver Annual Tucker Lecture at W&L Law Forman is the J. Skelly Wright Professor of Law at Yale Law School and the author of the Pulitzer Prize winning book “Locking Up Our Own: Crime and Punishment in Black America.”

Pulitzer Prize winning author and Yale law professor James Forman, Jr, will deliver this year’s Tucker Lecture at Washington and Lee University School of Law on Wednesday, March 3, at noon.  The lecture will be hosted in a Zoom webinar format, and registration is required.

Professor Forman’s lecture, entitled “Confronting Mass Incarceration,” will contemplate how the United States came to lock up more of its citizens than any other nation on earth and what we can do to change that. Professor Forman will diagnose America’s criminal justice crisis with both data and human stories. He will draw also on his life experience as the child of a civil rights leader, public defender, and law professor.

Professor Forman is the J. Skelly Wright Professor of Law at Yale Law School, where he teaches and writes in the areas of criminal procedure and criminal law policy, constitutional law, juvenile justice, and education law and policy. His particular interests are schools, prisons, and police, and those institutions’ race and class dimensions. Professor Forman’s first book, “Locking Up Our Own: Crime and Punishment in Black America,” was on many top 10 lists, including the New York Times’ 10 Best Books of 2017, and was awarded the 2018 Pulitzer Prize for General Nonfiction.

Professor Forman attended public schools in Detroit and New York City before graduating from the Atlanta Public Schools. After attending Brown University and Yale Law School, he worked as a law clerk for Judge William Norris of the Ninth Circuit Court of Appeals and Justice Sandra Day O’Connor of the U.S. Supreme Court. After clerking, he joined the Public Defender Service in Washington, D.C., where for six years he represented both juveniles and adults charged with crimes.

During his time as a public defender, Professor Forman became frustrated with the lack of education and job training opportunities for his clients. So in 1997, along with David Domenici, he started the Maya Angelou Public Charter School, an alternative school for school dropouts and youth who had previously been arrested. A decade later, in 2007, Maya Angelou School expanded and agreed to run the school inside D.C.’s juvenile prison. That school, which had long been an abysmal failure, has been transformed under the leadership of the Maya Angelou staff; the court monitor overseeing D.C.’s juvenile system called the turnaround “extraordinary.”

The Tucker Lecture at Washington and Lee School of Law was first established by the W&L Board of Trustees in 1949 to mark the bicentennial of the University and the centennial of the Law School. It was named after John Randolph Tucker, hired in 1870 as the second faculty member in the Law School and named the first dean of the Washington and Law University School of Law in 1893. 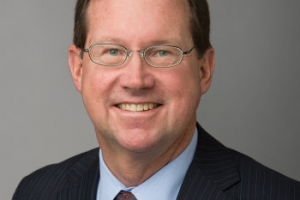