Joy Harjo is Fifth Speaker in Mudd Lecture Series The title of her talk, which is free and open to the public, is "Exile in Memory." 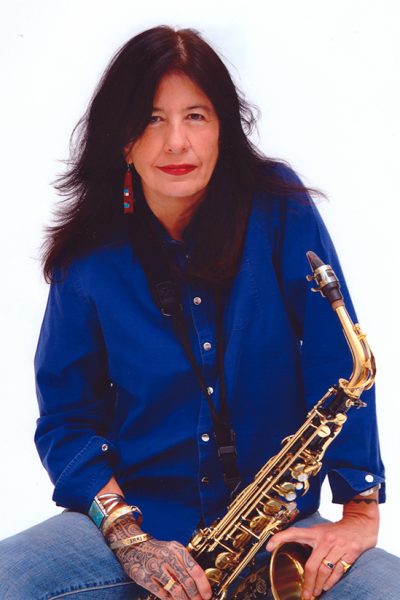 Joy Harjo, poet and member of the Mvskoke Nation, is the fifth speaker in the 2018-19 “Ethics of Identity” series, sponsored by the Roger Mudd Center for Ethics at Washington and Lee University. Her public lecture is Feb. 11 at 5 p.m. in Stackhouse Theater on the W&L campus.

The title of her talk, which is free and open to the public, is “Exile in Memory.”

“Joy Harjo is one of the leading poets of her time, so there is much anticipation and excitement about her visit to Washington and Lee,” said Brian Murchison, Roger Mudd Professor of Ethics and director of the Mudd Center for Ethics. “Her story and her poetry will surely deepen this year’s series on the ethics of identity.”

Harjo’s seven books of poetry, which include “How We Became Human: New and Selected Poems,” “The Woman Who Fell From the Sky,” “She Had Some Horses” and “For A Girl Becoming” have garnered multiple awards. These include the New Mexico Governor’s Award for Excellence in the Arts, the Lifetime Achievement Award from the Native Writers Circle of the Americas and the William Carlos Williams Award from the Poetry Society of America.

“Joy Harjo is the stuff legends are made of — a poet, musician, memoirist and photographer who has become the bedrock of Indigenous writing – while, at the same time, she continuously grows and experiments with forms of Indigenous expression that speak to each successive generation,” said Deborah A. Miranda, Thomas H. Broadus Professor of English. “As a young poet, I gravitated to her poetry in order to hear a voice tell stories that made me feel visible, feel like I mattered, feel that Indigenous stories had not just a place in American literature, but indeed, the central place. I’ve taught her work to every poetry workshop I’ve ever had, as well as most literature courses; she speaks from that huge richness of Indigenous peoples and history that most Americans don’t even know exists. As a storyteller, as a teacher and as a human being deeply concerned with how we earn our humanity, Joy Harjo lives her truth, and shares it generously. We are lucky indeed to have her visit W&L.”

She has released four award-winning CDs of original music and in 2009 won a Native American Music Award (NAMMY) for Best Female Artist of the Year for “Winding Through the Milky Way.”Her most recent CD is a traditional flute album: “Red Dreams, A Trail Beyond Tears.”

She performs nationally and internationally with her band, the Arrow Dynamics. Her one-woman show, “Wings of Night Sky, Wings of Morning Light,” premiered at the Wells Fargo Theater in Los Angeles in 2009 and had recent performances at the Public Theater in NYC and La Jolla Playhouse as part of the Native Voices at the Autry.

Harjo received a Rasmusson U.S. Artists Fellowship and is a founding board member of the Native Arts and Cultures Foundation. She also writes a column “Comings and Goings” for her tribal newspaper, the Muscogee Nation News.