“Dubai is the perfect place to inform a lot of my different interests, from urban development to art to wealth inequality to globalization.” 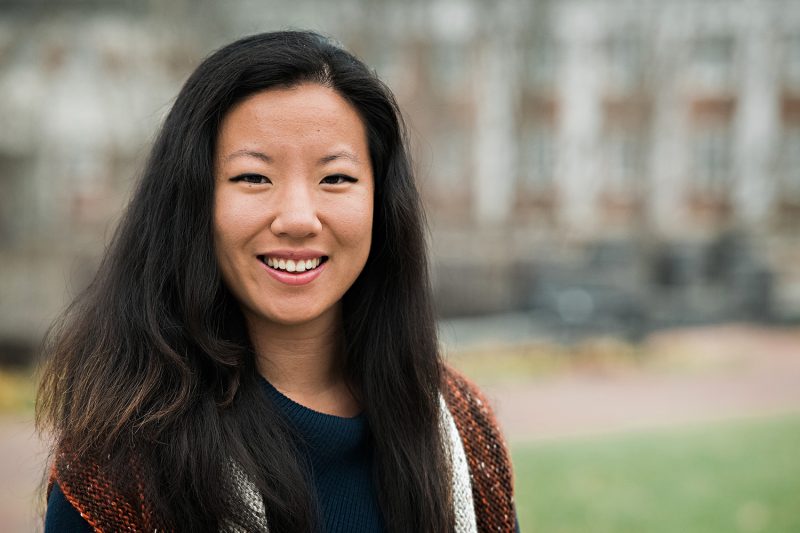 Katrina “Kiki” Spiezio ’18 is the latest Washington and Lee University student to receive the William Jefferson Clinton Scholarship, which will allow her to attend the American University in Dubai (AUD) during Winter Term 2018.

Spiezio is the fourth W&L student to receive a scholarship from the Clinton Presidential Foundation, which has partnered with AUD to provide funding for up to 10 American students per semester. The scholarship covers tuition and housing, and is intended for those with no previous exposure to Middle Eastern and Islamic cultures.

While in Dubai, Spiezio plans to take six classes toward a Certificate in Middle Eastern Studies from AUD. As of the end of Fall Term 2017 at W&L, she has completed degrees in Politics and Business Administration, with minors in Studio Art and Poverty and Human Capability Studies. She will walk in Commencement in May 2018.

“I am so excited to win this scholarship because I have been looking forward to applying for it since the middle of my junior year, and it was one of the major factors in my decision to delay graduation,” Spiezio said. “While I’ve had many short experiences abroad, I’m looking forward to spending a full four months in one place — though I will also try to travel some once I get to Dubai. It’s also the perfect place to inform a lot of my different interests, from urban development to art to wealth inequality to globalization.”

Spiezio said she has long been interested in visiting the Middle East and learning more about the culture there. That fascination began with a visit to the Saudi Arabian embassy in Washington, D.C. when she was a sixth grader and expanded as she spent time with Arab and Muslim friends, and read more about the region in the news.

“As a politics and business dual degree candidate, I am also fascinated by Dubai’s unique development story,” she said. “By spending time in Dubai myself, I thought that I would be able to learn more than I ever could from secondary sources.”

Spiezio has been a stand-out student at Washington and Lee, where she has been a Bonner Scholar and co-founder of FLIP, an organization that provides support for first-generation, low-income students. She has also been president of ODK (2016), an Owings Fellow, and a Lead Class Agent for the Class of 2017 (her original class), among many other activities.

In addition, Spiezio was a Summer Research Scholar, studying gerrymandering and voter redistricting with professors Mark Rush and Paul Kuettner, and she is a past recipient of the Woodrow Wilson Public Policy and International Affairs Fellowship, as well as the Gilman Scholarship.

“Kiki is a remarkable young woman who has taken full advantage of everything W&L has to offer and more: academics, student groups, extra-curricular activities, experiences and internships off campus and abroad, and seeking out and applying for fellowships. She is a student leader extraordinaire,” said Professor Gwyn E. Campbell, associate dean of the College. “She richly deserves the William Jefferson Clinton Scholarship to the American University in Dubai, where she will gain a significant additional perspective for her future work in public policy.”