“I’m excited to attend JASC. I know it will expand my knowledge and broaden my awareness both culturally and intellectually.” 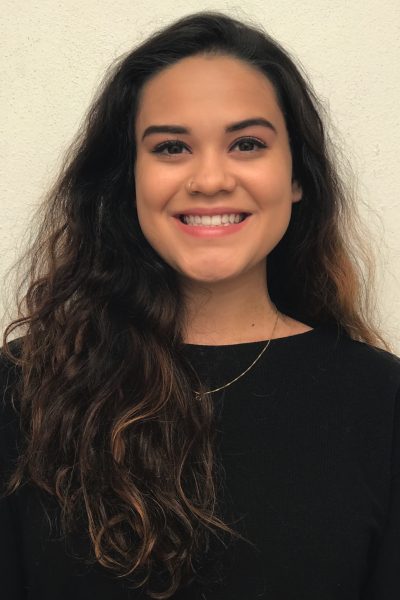 Kitanna Hiromasa ’19, from Northglenn, Colorado, will serve as a delegate to the 69th Japan-America Student Conference (JASC) to be held in Japan Aug. 3-28. The Johnson Opportunity Grant will provide funding to help Hiromasa to attend.

JASC is a student-exchange program, initiated in 1934 by university students concerned by the breakdown of bilateral relations prior to World War II. An equal number of students from the U.S. and Japan, this year the total is 72, are competitively selected to spend one summer month together, studying and analyzing Japan-U.S. relations while visiting four diverse areas in the host country. JASC alternates its host country every year.

“I’m excited to attend JASC. I know it will expand my knowledge and broaden my awareness both culturally and intellectually,” said Hiromasa. “JASC isn’t the conventional summer activity; it’s a hands-on and engaging program that will affect me in a more impactful way.”

Hiromasa is double majoring in economics and East Asian studies with a concentration in Japanese. She is a member of Phi Eta Sigma, the LEAD team, Alpha Phi Omega National Service Fraternity, the American Legion Auxiliary and Dean’s List and Honor Roll. She is an officer in the Japanese Club, a member of Klazics Hip-Hop Club, won the Third Generation Student Achievement Award and the Andrew H. Hemm Award for Excellence in Japanese. She is the philanthropy chair for Chi Omega Sorority and has also taught an introductory level of Japanese to a child.

“Having completed two years of Japanese language and the Spring Term Abroad in Kanazawa, Japan, Kitanna is prepared for the cultural challenge of JASC and traveling to four regions in Japan with fellow delegates,” said Janet Ikeda, associate professor of East Asian languages and literature. “She has diverse interests outside the classroom, which include dance and hip-hop. A participant of the W&L’s Women’s Leadership Summit, Kitanna is a campus leader who will contribute much to the discussion of this year’s panels.

“W&L has a fine record with sending delegates to JASC,” continued Ikeda. “In recent years, Elizabeth McDonald ’18, Christina Cheadle ’16 and Jordan LaPointe ’17 were selected in consecutive years as JASC delegates. W&L had two delegates, Jaime Muscar ’04 and Ken Hsiang ’07, who were elected to become members of the JASC Executive Committee.”