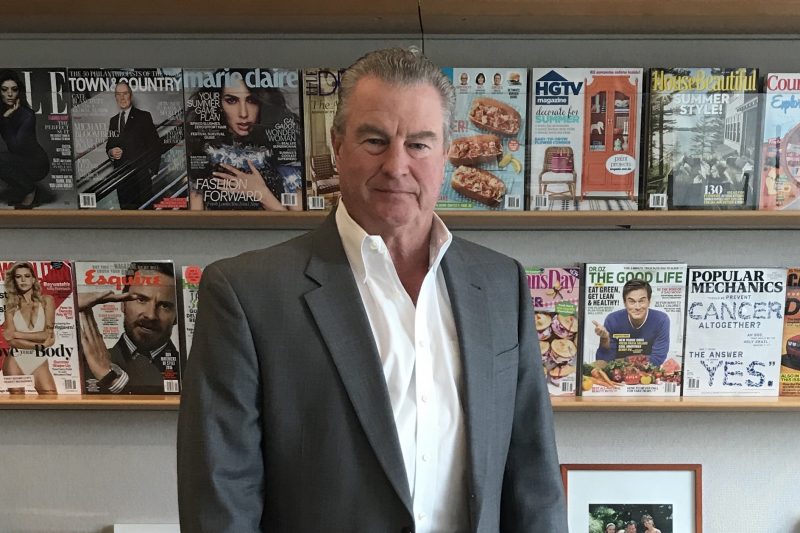 If you have ever read Good Housekeeping, Cosmopolitan, Elle, House Beautiful, O the Oprah Magazine or Esquire, you’ve seen the work of Jeff Hamill ’81.

Hamill has worked for Hearst Magazines since 1982 and now serves as executive vice president for advertising sales and marketing for the company’s 21 domestic and 300 global magazine titles. As the senior sales officer of the largest publisher of monthly magazines in the world, he oversees sales teams based in New York, London, Atlanta, Chicago, Detroit, Dallas, San Francisco and Los Angeles. Hearst is a large, diversified corporation that also owns TV stations, cable networks, newspapers and other information and service companies.

“I have always enjoyed selling advertising to clients. I love the process. At its base it’s storytelling — a way to provide a rationale for them spending dollars with us,” he said. Even in today’s instant, all-access digital market, Hamill said it still comes down to creating compelling stories that consumers relate to.

While his division’s core business is still monthly print magazines, all of the titles have large websites and social media channels. Hamill’s group sells ads for all titles and platforms, offering integrated marketing solutions for clients. His work is more enjoyable because the magazines are “loved by consumers.” Working with such leading brands as L’Oréal, Procter & Gamble, Johnson & Johnson, GM, Toyota, Kraft and others, Hamill and his teams create custom content and marketing for them.

On a daily basis, Hamill is involved in contract negotiations and helping sales teams craft proposals, and he often meets with senior-level clients and their agencies around the country. Attaining this level of responsibility was a process that took him from a management-training program in 1982 to such positions as managing the Redbook office in Chicago for two years, directing ad sales for Cosmopolitan during the last years of Helen Gurley Brown’s tenure as editor in chief, and helping invigorate the Good Housekeeping Seal of Approval — the strongest symbol of product quality — as the magazine’s associate publisher.

Hamill said that Hearst has been a wonderful place for him to spend his career. “It is a large corporation but privately held, and that has been good for me.” A mentor he met while at W&L “introduced me to magazine publishing, and I found an industry that suited my skill set.”

Through the years, Hamill has seen many changes in the magazine industry, most notably the addition of digital content. “Everything changes constantly. With digital media, we really fight for the consumers’ time. The consumer still has only 24 hours in a day.”

The biggest challenge in recent years has been to evolve with consumers’ habits. “Magazines have to put brands in all places that consumers want content,” Hamill noted. That can be websites or social media, such as Facebook, Twitter, Instagram, Pinterest and others.

Unlike the newspaper industry, which has seen significant declines in print circulation as digital content increased, Hearst magazines have not been totally disrupted. Print circulation is still strong, but the company has added new editorial teams to provide digital content for all of the titles. “In print, we still produce 300 pages or so of content a month, but the same title requires 40 to 50 pieces of content a day in the digital platforms.”

While advertisers are shifting their dollars to digital in the news arena, “We’ll never be without glossy, print images in magazines,” Hamill said.

A native of Durham, North Carolina, Hamill chose Washington and Lee over hometown university Duke. The decision was sealed when he visited campus. “I got a great impression, a strong vibe. I felt like I fit in, and I really liked it,” he said. 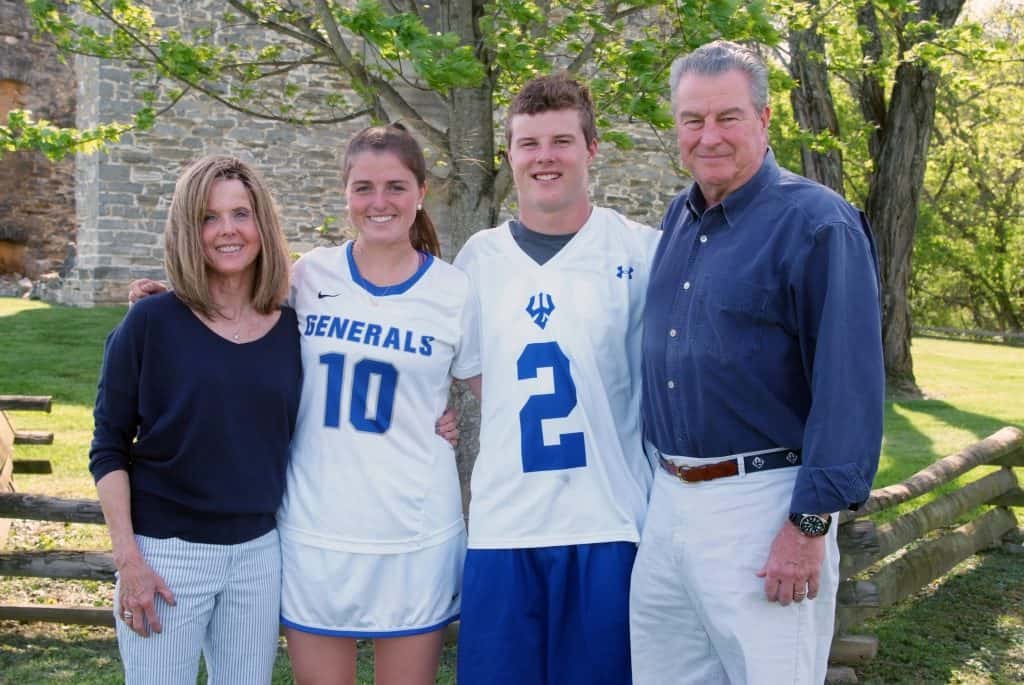 Now living in Darien, Connecticut, and working in New York City, he visits the campus often because his two youngest children are students — Parker is a senior and Hudson is a first-year. His daughter, Alexandra, graduated in 2013 and is living in San Francisco.

Alex played lacrosse at W&L and brought her sister, Parker, with her to a summer lacrosse camp when she was a ninth grader. She immediately caught the attention of the lacrosse coach, who began recruiting her then. Parker is now captain of the women’s lacrosse team, which is No. 2 in the nation.

Following in his sisters’ footsteps, Hudson was an accomplished high school athlete and All-American lacrosse player who had a choice of colleges. “He had been to W&L so many times, he loved the campus, the academic rigor and the lacrosse program and made his own choice on W&L,” said Hamill.

As a student, Hamill felt some pressure to follow a path into the c-school. However, a talk with his father, who advised him to study what he was really interested in, “freed me to study American history.” He remembers professors Holt Merchant and Barry Machado as faculty who most influenced him. He still sees Merchant, now an emeritus professor of history, when he visits Lexington for lacrosse games.

Friends made through membership in KA fraternity have remained close. “They were critically important to life at W&L, and we are still very connected,” he said.

Hamill has come back to campus to participate in the AdLib Conference, a celebration of advertising and the liberal arts. He also gave a presentation in Professor Alicia Swasy’s mass communications class about how mass consumer media has changed in the digital age. “I gave a similar presentation to what I do for senior clients,” he said. Students’ questions were “perceptive and smart.” He plans to return to the class in the fall.

Hamill also serves as an alumni interviewer for prospective students. He remembers how valuable it was to meet and talk to a W&L graduate himself when he was deciding whether to enroll.

W&L, Hamill says, gave him an advantage in his career because of the honor system and the speaking tradition that are a part of the university’s culture. As he advanced in his profession, “I wanted to build a reputation of dealing with customers honestly.”

Being able to speak with people face to face in an era of texting “is as important as ever,” he said. “I find W&L grads to be poised, sure on their feet and good communicators.”