Meet the Professor: Lynn Uzzell Lynn Uzzell is a visiting assistant professor of politics at Washington and Lee University. 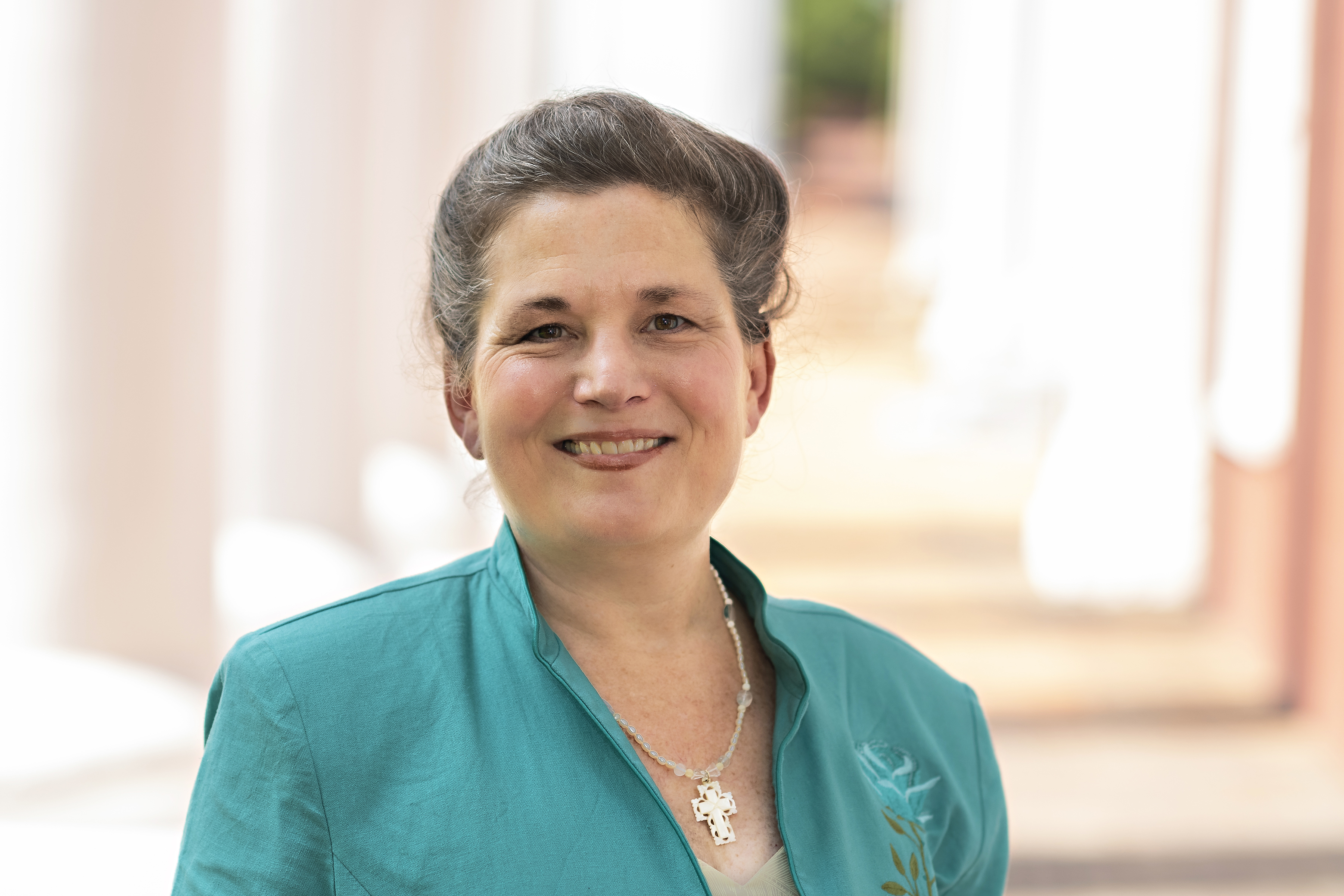 “The amiability of the staff and students was not the first thing that attracted me [to Washington and Lee University], but it has been the most lasting attraction.”

Lynn Uzzell is a visiting assistant professor of politics at Washington and Lee University. She received her B.A. in speech communications at Black Hills State University and her M.A. and Ph.D. in politics at the University of Dallas.

Uzzell has also taught at Baylor University, the University of Virginia and the University of Richmond. For four years, she was the scholar-in-residence at the Center for the Constitution at James Madison’s Montpelier, and she has been heavily involved in continuing education for civics teachers.

Keep reading as we ask Uzzell to share her research interests, passions outside of teaching, a fun fact about herself, and more.

1. What first attracted you to Washington and Lee University?

It would have to be a tie between the beauty of the campus and the history of the institution. (The amiability of the staff and students was not the first thing that attracted me, but it has been the most lasting attraction.)

2. What are you teaching?

So far, I have taught POL 100, “American National Government,” “The Creation of the U.S. Constitution,” and “Rhetoric in the Structure of American Politics.”

3. Where do your research interests lie? What inspired you to research these subjects?

I have been studying the debates of the Constitutional Convention for 20 years now. I first became interested in politics because I was fascinated by human nature; after all, “what is government itself, but the greatest of all reflections on human nature?” (Federalist No. 51)

The American Constitution is unique because it was the first one deliberately created through speech. It’s like Socrates’ City in Speech in The Republic—except the government actually happened! In James Madison’s telling, America was the first regime to be deliberately designed as a response to a philosophical understanding of human nature.

4. Aside from teaching, what’s something that you’re passionate about? What do you do for fun?

I love to cook, to entertain and (in the spring, at least) to garden. But my interest in gardening tends to wither in the heat of summer.

5. What is your favorite movie or book? Why?

A tough call. Probably my favorite movie is “A Man for All Seasons.” All of us are sometimes placed in morally precarious positions when it’s difficult to know whether it’s best to compromise with a situation you can’t condone or to resist it and face the consequences. That movie explores this sort of tension better than any I know. So my favorite movie is either “A Man for All Seasons” or “Young Frankenstein.”

6. As a student, what was the best piece of advice you were given?

If you want something, go after it with everything you’ve got, but know that the outcome is ultimately in God’s hands.

I have a secret identity. For over 10 years I have portrayed Dolley Madison for Montpelier and elsewhere.