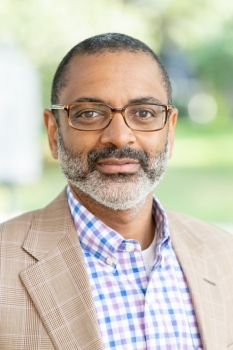 Michael Hill, professor and chair of the Africana Studies program at Washington and Lee University, has been named the inaugural director of the University’s new DeLaney Center, an interdisciplinary academic center for teaching and research on Southern race relations, culture, and politics.

The DeLaney Center was announced in 2021 in honor of late professor of history emeritus Theodore “Ted” Carter DeLaney Jr. ’85. The center will bring six new faculty members and a post-doctoral fellow to the University, with the first appointments beginning in the 2022-23 academic year.

“Michael Hill is a dynamic teacher and accomplished scholar who has demonstrated a lifelong interest in Southern race relations, culture, and politics,” said Dudley. “Through both his scholarship and his active engagement of the community in these topics, he has demonstrated that he is the ideal candidate to lead this important new initiative for W&L. I am confident that, under Michael’s leadership, the DeLaney Center will fulfill its potential to be a model for the exploration of contemporary racial issues through a variety of disciplines and perspectives.”

The DeLaney Center will be a resource for students and faculty in all three academic units at W&L — The College, the School of Law, and the Williams School of Commerce, Economics, and Politics. It will support the development of new courses grounded in the issues, culture, and governing practices that have defined and continue to shape the U.S. South and connect faculty from multiple fields with complementary teaching and scholarly interests. It will also host symposia, lectures, conferences, performances, and other programming while supporting students in the production of original research and creative work, community-engaged learning, and service opportunities.

“I am humbled and inspired by the opportunity to direct the DeLaney Center,” said Hill. “For decades, Ted tirelessly invited W&L to confront its complexity and achieve its loftiest ideals. The center which carries his name extends such endeavors heralding the South’s continuing centrality in 21st-century conversations about democracy. Because of its unique character, our campus should play a major role in promoting research, teaching, and programming that illuminate Southern racial realities. I look forward to developing the rich partnerships that will enable us to achieve this goal.”

His research interests focus on post-World War II African American literature and popular culture, with particular attention to the ways that black individuals pursue excellence within white institutions. During more than two decades in academia, he has lectured widely and written extensively on African American authors during and since the Civil Rights Movement. His publications include two books, one edited collection, and numerous chapters and articles.

At Washington and Lee, Hill worked with colleagues in Student Affairs to develop and lead a Freedom Ride pre-orientation trip for incoming first-year students, which was inspired by a Spring Term course taught by DeLaney. He is also engaged in a number of co-curricular programs which deepen student engagement with the local community. He chairs the Working Group on the History of African Americans at W&L, which he expanded to include more student members and a student residency program with the Rockbridge Historical Society. In 2020-21, he worked with colleagues in the Africana Studies department to organize a multi-disciplinary, yearlong series on “Activism and Black Life.” The series culminated in the 2021 Lexington Juneteenth Celebration, a collaboration between the City of Lexington, Virginia Military Institute, Project Horizon, 50 Ways Rockbridge, CARE, the NAACP, and Washington and Lee.

In addition to serving as faculty advisor to the Student Association for Black Unity and faculty mentor to the football team, Hill serves as a member of the Spotlighting Black Rockbridge Steering Committee as well as numerous university committees, including the General Education Development Committee, the Community Engagement and Service Learning Advisory Committee, the Black Male Initiative Leadership Group, the Residential and Social Life Working Group and the Faculty Representatives to the Board of Trustees. 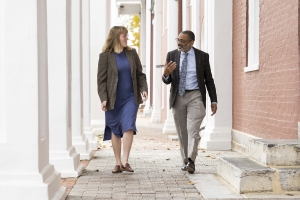 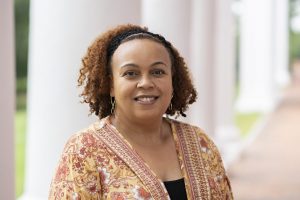 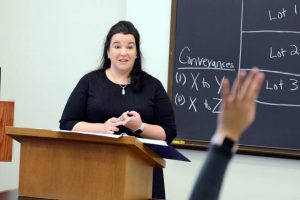