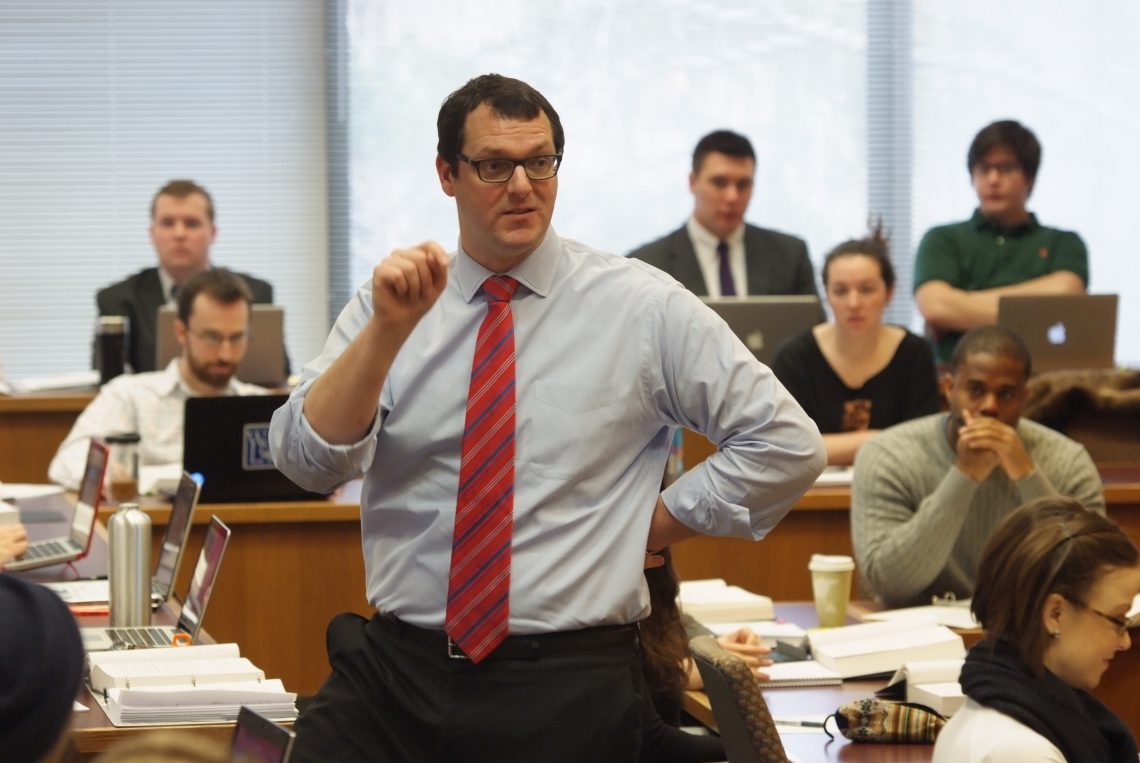 Miller to Give Talk in Honor of Stombock Professorship

Russell Miller, J. B. Stombock Professorship of Law, will deliver a lecture on Thursday, Nov. 1 at 5:30 p.m. in Classroom A in honor of his professorship.

The title of Prof. Miller’s talk is “Comparative Law’s Taxonomy Problem.” According to Miller, a major aim of comparative law has been to reduce the world’s rich diversity of dynamic legal systems to a manageable number of generalized “legal families” or “legal traditions.”  Comparative law’s urge to classify seeks to locate comparative law among the natural sciences, with their long history of taxonomy.  By doing so comparatists have reinforced their self-image as neutral and objective observers of foreign legal phenomena and bolstered their efforts to make grand, global claims at the expense of variety and diversity.

In his talk, Miller will argue that comparative law’s taxonomy should be abandoned for an approach that engages with legal systems on their own pluralistic terms – as unique centers for evolving discourse among a variety of legal traditions.  To advance this claim he considers other disciplines’ declining interest in taxonomy and he looks to the German legal system for a case study of the roiling, dynamic, plural reality of the law that the abandonment of comparative law’s taxonomy will allow us to discover.

Miller is a recognized expert in German law and legal culture. He is the author/editor of a number of books and articles in the fields of comparative law and international law, and he is a frequent commentator in global media sources, including Germany’s “paper of record” The Frankfurter Allgemeine Zeitung, which publishes his monthly column on law and transatlantic affairs. He is the co-founder and Editor in Chief of the German Law Journal, an on-line, English-language journal reporting on developments in German, European and International jurisprudence.  Now in its second decade, the German Law Journal is one of the most successful and innovative fora for legal scholarship from a transnational perspective.

Miller has been recognized for his work on German law and transatlantic affairs. In 2018 he was awarded a Schumann Fellowship by the University of Muenster.  In 2014 he testified before the German Bundestag.  In 2013 he was named a KoRSE Fellow at the University of Freiburg.  And in 2009-2010 he was a Fulbright Senior Research Fellow in residence at the Max Planck Institute for Comparative Public Law and Public International Law in Heidelberg, Germany.

Miller served as a judicial law clerk at the German Federal Constitutional Court from 2000-2001.  It seems likely that he is the first non-German ever to have enjoyed that privilege at that respected Constitutional Court.  Early in his career he served as a judicial law clerk to the Honorable Robert H. Whaley of the United States District Court for the Eastern District of Washington.  And for four years prior to becoming a professor, Miller served as appellate and post-conviction counsel for indigent, death-sentenced inmates in the state and federal courts of Arizona and Tennessee.

The J. B. Stombock Professorship of Law was established in 2001 by the estate gift of Mary Louise Walker in honor of her first husband, Julius B. “Gus” Stombock ’41, ’47L, who was a lawyer and civic leader in Waynesboro, Virginia.