Washington and Lee law professor Karen Woody and the students in her Insider Trading seminar recently launched a podcast that explores the arc and evolution of insider trading over the last century.

The podcast, called “Classroom Insiders,” features Woody in conversation with students about insider trading and regulation. It is available through a variety of streaming services, including Spotify and Apple Music. 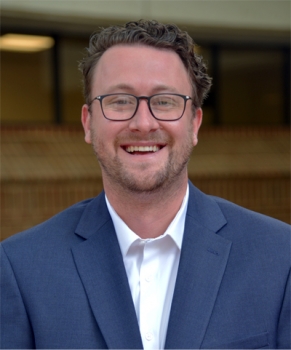 Seven episodes are available in all, including two recent episodes that focus on the corporate law jurisprudence of alumnus and U.S. Supreme Court Justice Lewis Powell ’27, ‘31L. In one episode, Colin Manchester ‘23L discusses how Justice Powell’s background translated into his understanding of the law and how this affected his opinion in Dirks v. SEC.

Dirks was an officer of a New York investment advisory firm who attempted to whistleblow on Equity Funding Corporation of America after receiving information about their fraudulent bookkeeping. He tried disclosing the information to the SEC and a Wall Street Journal publication. He then informed his clients, who sold their stocks before the information went public. The SEC saw this as Dirks attempting to get out early and avoid a huge loss, but Justice Powell argued that since Dirks received no pecuniary gain or reputational benefit, he could not be found liable.

“It was Powell’s opinion that an individual should only be duty-bound to disclose information if there exists a relationship of trust and confidence between the parties, which is now recognized as a fiduciary duty,” Manchester explains. “Therefore, if there is no fiduciary duty, there is no duty to disclose, which means you can’t be in violation of the disclose or abstain rule if you trade the information.

“Powell’s background as a corporate attorney helped him understand that equal access to the fair market was impossible, which influenced his opposition of the hard and fast disclose or abstain rule.” 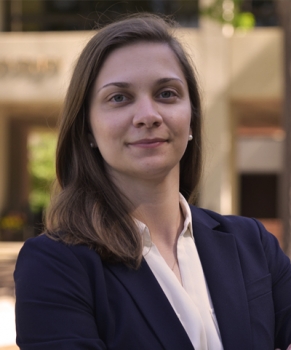 In a subsequent episode, Lidia Kurganova ‘23L discussed how Justice Powell gradually loosened the SEC’s hold on insider trading regulation, which was regulated by states up until the 1960’s when President Kennedy appointed Chairman William Cary of Columbia Law to expand the regulatory power of the SEC. Chairman Cary provided a new federal basis for broad enforcement powers of insider trading, which was then adopted by the Second Circuit in the Texas Gulf Sulphur case and birthed the disclose-or-abstain rule. This decision would stand for the next decade as the preeminent insider trading rule.

“Justice Powell chipped away at the SEC’s regulatory overreach case by case, starting with Chiarella v. SEC, where he introduced the fiduciary relationship element to the disclose-or-abstain rule, and then Dirks v. SEC, where he is credited for adding a personal benefit element to the tipper-tippee rule,” explains Kurganova. “The majority opinion written by Justice Powell established a personal benefit test, which requires courts to determine whether an insider tipper personally benefits indirectly or directly from disclosure.”

This was Kurganova’s first experience producing a podcast, and she sees it as an innovative way to teach complex material in a manner that is also fun for the students.

“Professor Woody is a natural podcast host and managed to turn a very technical topic of business law into a thought-provoking and fun conversation with her students,” says Kurganova. “Moreover, my friends and classmates who were not in our insider trading seminar enjoyed listening to the podcast and learning about a subject they never thought would interest them.”