If the Shoe Fits As head of brand communications for Adidas, Alegra O’Hare ’94 advises young women to 'break barriers.' 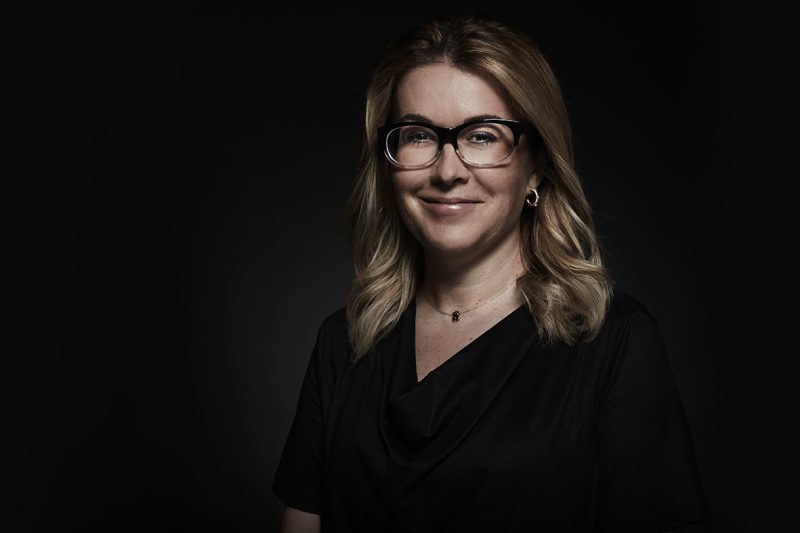 Selling sneakers in today’s global markets involves more than pretty displays in stores. For Alegra O’Hare ’94, vice president of global brand communications for adidas, “there is a quantity of risk involved. We try to challenge ourselves and break the status quo.”

In 2016, that meant partnering with Alexander Wang during New York Fashion Week to promote products on social media that customers could purchase from trucks strategically placed around the city. “We flipped retail on its head,” O’Hare said. The trucks sold out, with lines of people still waiting to make a purchase.

In 2017, it meant working with the family of Frank Sinatra to launch a campaign for Adidas Originals to the singer’s iconic tune, “My Way.” The campaign, “Original is Never Finished,” helped the brand win four Cannes Lions awards for beautifully produced, buzzworthy advertising and become the best-selling sneaker in the United States.

O’Hare joined adidas in 2007 in Italy, and later took on more responsibility with the south European market. In 2014, she moved to the company’s headquarters in Germany to lead communications, including content creation, media, public relations, and social and digital platforms. Her staff of 52 works in Germany, with O’Hare spending 60-70 percent of her time traveling to Shanghai, South America, Europe and other parts of the world.

O’Hare and her staff launch about 80 campaigns per season, with two seasons a year. They are responsible for creative development, reviewing and finalizing campaigns, production, providing merchant tools, media buys and roll-out.

With a degree in psychology from Washington and Lee, O’Hare decided after a couple of internships in the field that she wanted to pursue a different career path and tried an internship in marketing and advertising. Her first job was with Sara Lee personal products, where she started as a marketing assistant and worked up to a position in brand and product marketing. She then worked for Danish luxury AV company Bang and Olufsen, then an Italian watch company in Milan, and finally, VF Brands, where she was marketing manager for the jeans division.

She believes that studying psychology, especially consumer behavior and analysis, has helped advance her career. “Psychology is definitely useful in influencing consumers,” she said.

O’Hare grew up in Chicago— and yes, she is related to the O’Hare of the city’s airport — but she is quick to point out that she gets no perks from the family tie. Half Italian and half American, she lived in the city’s North Side. When it was time to select a college, O’Hare decided she wanted to experience a small, liberal arts college in a beautiful part of America. “I fell in love with W&L,” she said. She also liked the university’s history and its proximity to Washington, D.C. 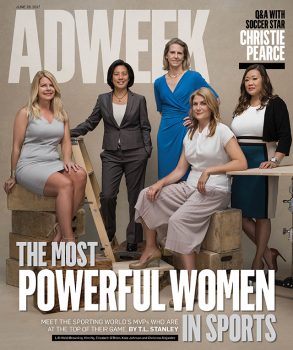 Alegra O’Hare ’94 was named an MVP of the sports marketing world.

O’Hare is making a name for herself in the consumer brands world. AdWeek recently named her one of 35 “most powerful women in sports winning over the next generation of fans” in its second annual list of the MVPs of the sports marketing world. She said the recognition was “unexpected and empowering,” especially in a male-dominated industry. “It is great to see all 34 other women who are able to bring forth leadership and a point of view. There is more work to do. We have a duty to represent women.”

One way O’Hare does that is by participating in adidas’ women’s mentoring circle. As one of the program’s leaders, she meets periodically with 20 women for round-table discussions about the company and how to steer through the politics of corporate life. “The circles give women the opportunity to talk more freely and share commonalities,” she said.

Diversity and inclusion are hot topics for today’s young people, she said. Sustainability also is important to them, as well as to the company, which makes sneakers from recycled ocean debris.

Her advice to young women is to be more demanding, such as asking for a raise or more leadership opportunities — not waiting for things to just happen. She wants young women to break barriers. Too often, women are waiting to achieve perfection in one area before taking on new challenges, she said. She pointed out that often women are raised to think that way, while men are not.

As O’Hare and adidas continue to break barriers, she looks toward a post-digital age. “Companies are either playing catch-up or thinking beyond. We’re thinking about integrated retail and digital experiences,” she said. A few weeks ago, for instance, the company put up posters with a Chatbox number. New York City consumers could text to buy a product directly, and it was delivered to them by bike messengers. “It had never been done,” she said.

That type of innovation keeps her motivated. “I get to work with a fantastic team and to leave a lasting legacy for the company.”