NPR Executive to Speak on Bias in Journalism

Keith Woods, vice president of diversity in news and operations at NPR, will deliver the keynote address for the 62nd Ethics Institute in Journalism at Washington and Lee University on Nov. 4 at 5:30 p.m. in Stackhouse Theater, Elrod Commons.

Watch this event live on Livestream.com.

The title of Woods’ talk is “Combating the Brutality of Bias with Great Journalism.” It is free and open to the public. The institute is funded by the Knight Program in Journalism Ethics and is co-sponsored by W&L’s Department of Journalism and Mass Communications. 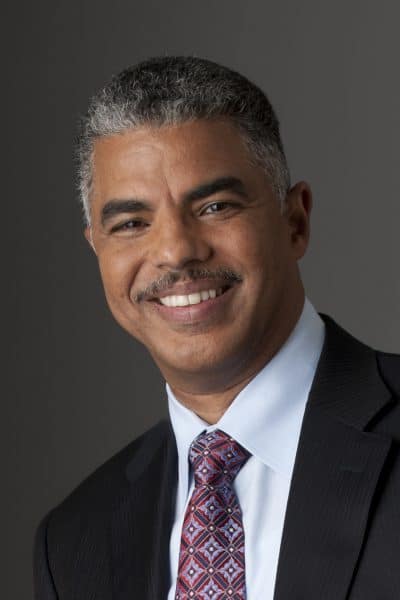 Keith Woods, vice president of diversity in news and operations at NPR

Woods leads the development of NPR’s vision and strategy for diversity as a member of the Executive Leadership Team and the Office of the President. His focus is to help NPR and member stations strengthen the wealth of diversity in content, staff, audience and the work environment.

“In a time fraught with biases so brutal people feel pummeled and polarized, journalism offers an opportunity for understanding and civil discourse. To address this issue, I sought out Keith Woods for his journalistic expertise in ethics and diversity,” said Aly Colón, the Knight Professor of Media Ethics at W&L.

“He understands the complexity of the contradictions we face. His diversity leadership at NPR, and previously at the globally-known Poynter Institute for journalism, enables Woods to provide a perspective that will educate and elevate the public conversation on bias and journalism.”

He has taught writing and reporting on race relations, ethics and diversity and was previously the Institute’s director of diversity. He regularly writes and speaks on race and media.

Woods is the co-author of “The Authentic Voice: The Best Reporting on Race and Ethnicity” (2006, Columbia University Press).

Woods has consulted with most of the leading U.S. news organizations, and worked with faculty at journalism schools across the country to help better incorporate diversity in their teaching. He has also served as chairman of two Pulitzer Prize juries.