‘One More Song’ Paige Anderson '22 is spending the summer recording an album of classical violin music in memory of her grandmother. 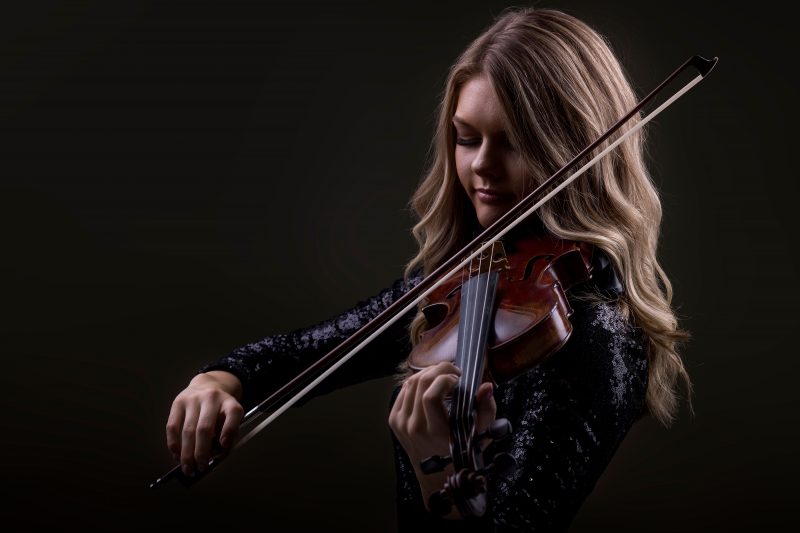 “There’s no other way I would rather commemorate my final year at W&L than by sharing a project that draws upon years of some of the most musically and emotionally formative experiences of my life.”

Paige Anderson ’22 spent many childhood afternoons at an assisted living facility, where she and her mother played instruments and sang for a group of residents that included her grandmother, Carol. Her grandmother suffered from early-onset Alzheimer’s and could not always recall her granddaughter’s name, but her face lit up when she heard music. At the end of each afternoon, the residents always pleaded for just one more song.

This summer, Anderson is pouring her energy into recording a classical violin album that she plans to donate to hundreds of elder-care facilities in the U.S. The collection is the culmination of her lifelong love of music and the musical experiences she’s had at Washington and Lee University. She’s dedicating it to her grandmother, writing in the dedication: “This is your ‘one more song’” 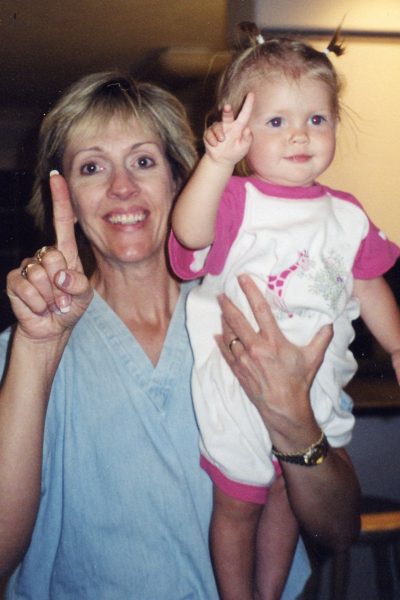 Paige Anderson with her grandmother, Carol.

“My grandmother and I always had an incredibly special bond, and music was one of the many ways we connected. To feel connected with her again through this album, and to be able to share that connection with others, means the world to me,” Anderson said. “There’s no other way I would rather commemorate my final year at W&L than by sharing a project that draws upon years of some of the most musically and emotionally formative experiences of my life.”

Anderson, who was raised on a potato farm in Idaho, was the only one of her siblings who got a chance to know her grandmother before she passed away at the young age of 52. After her grandma had to move to Turtle & Crane Assisted Living, Anderson and her mom, a music therapist, spent as much time there as they could. Her mom played the guitar and brought along drums, maracas and other instruments to accompany their singing.

“I relished the hours sitting next to her on the couch, watching her face light up and exchanging tender smiles as we enjoyed the music together,” Anderson wrote of the experience.

Anderson, an English major earning minors in music and women, gender and sexuality studies, started playing the violin at age 4. At W&L, she has played in the University Orchestra, performed in a quartet with friends and continued to take private lessons. As a Johnson Scholar, she was able to spend Fall Term of her sophomore year in Vienna, Austria, where she studied the violin intensively.

“To study in Vienna is any classical musician’s dream,” she said. “It was an incredible semester, and I will forever be indebted to W&L for that experience.”

Last year, she spotted an announcement in the Music Department about the Todd Jones ’85 Memorial Scholarship, which was established in Jones’ memory to fund research and travel for students with a demonstrated interest in music and drama. In her essay for the application, she wrote that the COVID-19 pandemic and its isolating effect on residents of elder care facilities took her back to those visits to Turtle & Crane. “If they already felt lonely before the lockdown, I cannot imagine how much more isolated they feel now,” she wrote. “Because I cannot be there to play my violin in person, I have come up with the next best option: recording a high-quality album.” 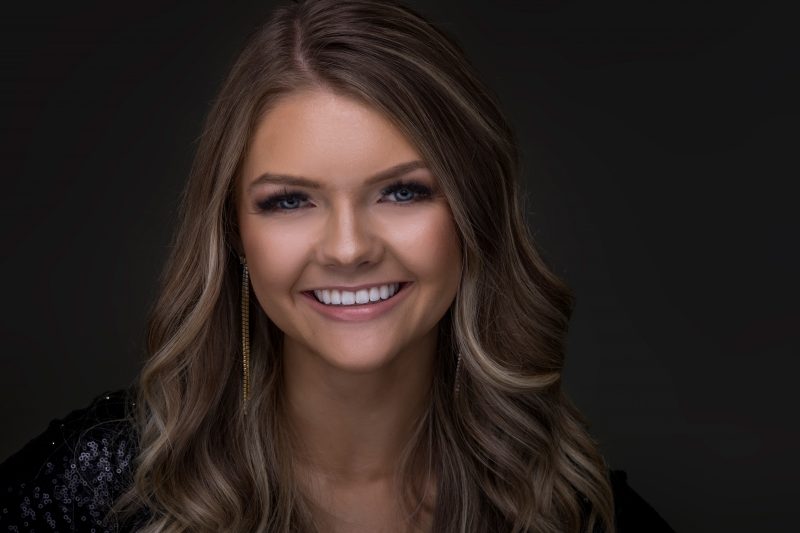 With the scholarship funding, she is spending the summer in Salt Lake City, where she has recorded 11 classical songs using recording equipment in the home of her grandfather, who worked for years in the music industry. The collection is composed of some of her grandmother’s favorite songs, including pieces by Tchaikovsky, Debussy and Dvorak. She said much of what she learned in Vienna about post-production editing has come in handy during the project.

While in Utah, she is also completing an internship in the office of Utah Governor Spencer Cox. “It has been such a wonderful, enriching summer,” she said.

Anderson hopes to have 300 copies of her CD in hand by mid-August, at which point she will donate them to assisted living homes in Idaho, Utah and Virginia. She said she’s thankful for the education she’s received from W&L faculty and mentors in Vienna and Utah, and she’s grateful for the opportunity to make music in memory of her grandmother, who was always so supportive of the people she loved.

“I feel like I’ve been able to harness the unselfish power of music that I first learned in these nursing homes,” she said. “That was the inspiration for this whole album – it isn’t for me. My intention is to be able to give back to these people I care about and love so much.”