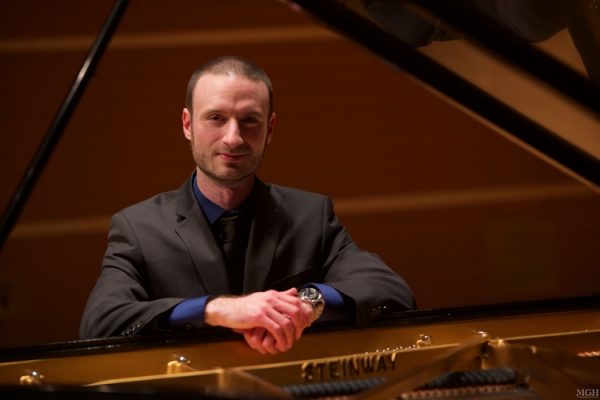 Washington and Lee University Department of Music presents Jonathan Chapman Cook in a piano recital of four sonatas by Ludwig van Beethoven on April 28 at 8 p.m. in Wilson Concert Hall, Lenfest Center. It is free and open to the public.

Cook is a Lexington-based composer and pianist who has been studying and performing classical repertoire since the age of 13. He also is an improviser, organist and teacher.

As a pianist, he has been a guest artist at the University of Michigan, W&L, the Garth Newel Music Center and Western Michigan University. He has premiered works by Byron Petty, lecturer in music at W&L, and he performed concertos conducted by W&L’s Shane Lynch.

He is in the process of becoming a crossover artist into the world of electronic music and plans for this to be his final major classical performance in the foreseeable future.

The recital will open with “Grand sonata pathétique,” followed by two lesser-known sonatas, Op. 14 No. 1 and Op. 26, and will conclude with Sonata in E-flat, Op. 81a, “Les adieux” (the farewell).

Cook received both his bachelor’s and master’s degrees in piano performance, and has been the recipient of numerous honors and awards.