Poynter Quotes Colón on Capitalizing B in Black W&L journalism professor Aly Colón is quoted in a piece about a recent decision by the AP Stylebook and other journalism institutions to begin capitalizing the B in Black in articles about people and culture. 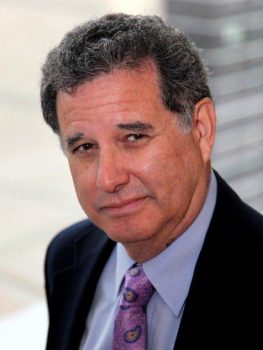 Aly Colón, the John S. and James L. Knight Professor of Media Ethics at Washington and Lee University, was recently quoted in a Poynter Institute article about the decision by newsrooms to start capitalizing the B in Black in articles about people or culture.

Specifically, the June 30 piece describes the efforts of several Black journalists who have advocated for the change for many years but were rebuffed by Associated Press Stylebook editors. The AP Stylebook is the guide followed by American newsrooms and, until very recently, it called for Black to remain lowercase in references to race.

Colón has advocated in the past for the capitalization of Black. The recent Poynter piece references an article he wrote about the topic in 2003 as well as a recent interview with him.

“To me, it’s an issue of respect, fairness, equality, and parity,” he wrote in 2003. “When we use a lowercase letter it makes the word less visible, less prominent, and maybe less important. It’s the diminutive form.”

Read the entire piece on the Poynter Institute website.