Roddy Roediger ’69 Elected to the National Academy of Sciences He is internationally recognized for his theories and pioneering research techniques exploring human memory accessibility and retrieval. 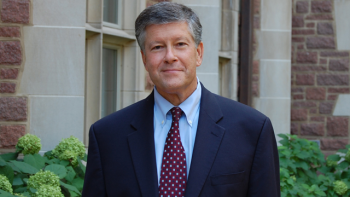 Henry L. “Roddy” Roediger III, a 1969 graduate of Washington and Lee University, was elected into the National Academy of Sciences. Members are elected in recognition of their distinguished and continuing achievements in original research. Membership is a widely accepted mark of excellence in science and is considered one of the highest honors that a scientist can receive.

Roddy is co-author, with Barry H. Kantowitz of the University of Michigan, and his W&L mentor, David G. Elmes, professor emeritus of psychology at W&L, of “Research Methods in Psychology.” He has also served on W&L’s Science Advisory Committee.