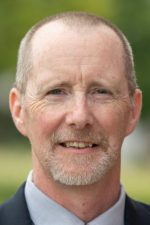 Mark Rush, the Stanley D. and Nikki Waxberg Professor of Politics and Law at Washington and Lee University, has written a piece, “Two Cheers for Electoral Reform in Virginia,” that is featured in the latest issue of Virginia Capitol Connections Quarterly Magazine.

In the piece, Rush advocates for a vote of “yes” on an upcoming ballot question that would amend the Constitution of Virginia to establish a redistricting commission made up of 50% General Assembly members and 50% citizens. “There is no question that this is a tremendous step toward improving the quality of elections in the Commonwealth…. The proposed amendment is testament to our elected officials’ sincere interest in putting an end to partisan gerrymandering and removing the conflict of interest that exists when legislators control the process by which their districts are drawn,” Rush writes.

An even better approach, he noted, would be to also rid Virginia of the winner-take-all electoral system, which is “antiquated and serves only to decrease electoral competition and voter turnout.” He goes on to suggest that the Commonwealth convert to multi-member districts and allow voters to rank the candidates in order of preference.

Read the entire piece on the Virginia Capitol Connections website.