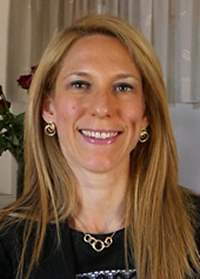 The Washington Post published an article on Aug. 31 discussing a loophole in New York law that bars prosecutors from bringing sex crime charges in cases where the victim of a sexual assault became voluntarily intoxicated and was unable to consent to a sexual act.

The Post cites an article by Michal Buchhandler-Raphael, a visiting assistant professor at W&L Law. In the article, titled “The Conundrum of Voluntary Intoxication and Sex,” Buchhandler-Raphael argues that the distinction made by sexual assault statutes between involuntary and voluntary intoxicated victims, criminalizing only the sexual assault of the former but not the latter, is unwarranted.

The article elaborates on the normative justifications for imposing criminal liability for sexually assaulting voluntarily intoxicated victims, by stressing that policy reasons support the position that individuals do not deserve less legal protection just because they became voluntarily intoxicated. The article further advocates the adoption of criminal statutes that would allow bringing sexual assault charges in cases where victims’ level of intoxication fell short of complete incapacity to consent but resulted in severe impairment in the ability to express non-consent. The article was published in 2016 in the Brooklyn Law Review.

At W&L Law, Buchhandler-Raphael teaches Criminal Law, Family Law and a seminar titled The Criminal Regulation of Vice and in previous years had also taught a seminar on Free Speech. Her scholarship focuses on criminal law theory and doctrine, primarily addressing the question of what should substantive criminal law cover and exclude, and how much punishment is normatively appropriate. She is particularly interested in exploring the limits of criminalization and in identifying the line between imposing criminal liability on one hand and alternative forms of non-criminal regulation, including civil and administrative measures, on the other.

Buchhandler-Raphael holds a doctorate degree (S.J.D) from the University of Virginia School of Law. She also holds a LL.B. and an M.A. from the Hebrew University of Jerusalem. Before entering academia, Buchhandler-Raphael has clerked in the Jerusalem District Court and has practiced criminal law and procedure for nine years as a legal counsel with the Israel National Police.