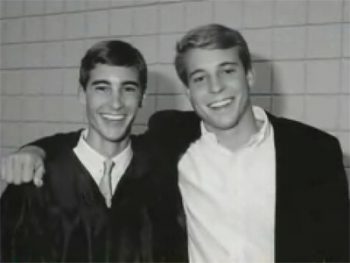 This Thanksgiving marks the 14th anniversary of the tragic death of Cullum Owings ’03 in an automobile accident on I-81 as he and his younger brother, Pierce Owings ’06, were returning to campus from their suburban Atlanta home after the break. The Owings’ car was hit by a tractor-trailer a few miles from Lexington. While Cullum died, Pierce sustained minor injuries

A year after that Dec. 2, 2002, accident, Cullum and Pierce’s parents, Steve and Susan Owings of Buckhead, Ga., co-founded their non-profit organization, Road Safe America, through which they have lobbied for national laws to limit the speeds of heavy trucks on highways.

A story on the Northside Neighbor website reported that in 2006 the Owingses “petitioned the U.S. Department of Transportation to adopt a new rule to require all trucks over 26,000 pounds to use a speed limiter.”

Road Safe America has launched an effort through its website to ask the public to comment on the proposal before the Dec. 7 deadline. The organization supports the speed-limiter to be set at 60 mph, which is what the DOT’s own data concludes will save the most lives.

“The DOT has proposed a speed-limiter rule, but the enforcement would only apply to new heavy trucks,” said Pierce, a member of the board of Road Safe America. “Incredibly, this is despite the fact that the majority of existing tractor-trailers on the highway already have the speed-limiting technology built into their systems. It only has to be turned on.”