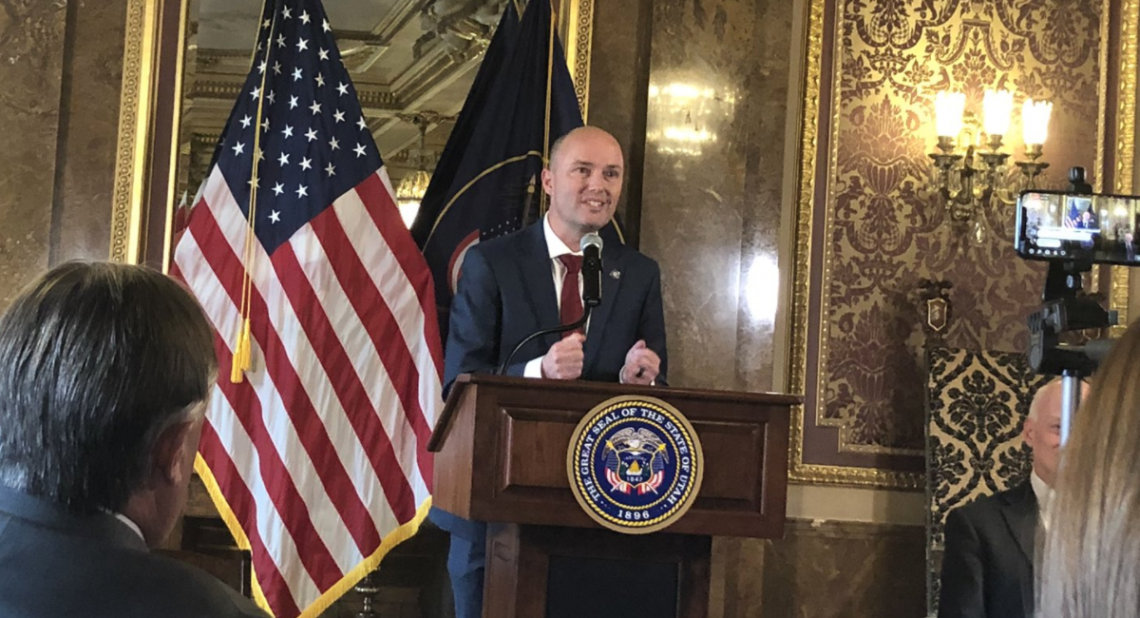 A decade ago, as a county commissioner in rural Utah, Spencer Cox ’01L oversaw public safety during a wildfire that burned 100,000 acres and destroyed 50 homes. Later, as Lt. Governor, he spearheaded “Operation Rio Grande” to combat a massive drug problem impacting Utah’s homeless community, uniting federal and state government with law enforcement and community leaders to help a vulnerable population.

Cox learned valuable lessons through those experiences, such as the importance of good communication during a crisis and how to tackle big problems through broad-based collaboration.

“Still, I would be lying if I said I was truly prepared for what is happening right now,” he said. “This is like 9/11 and the Great Recession all rolled up in one.”

Cox is leading the Coronavirus Task Force for the state he has served as Lt. Governor since 2013. He was previously a member of the Utah House of Representatives, as well as city counselor and mayor of his hometown, Fairview. As he assembled the task force in early March, he was guided by this local perspective and the challenges of managing a response involving 3.2 million people spread out across the 12th largest state in the nation.

“Of course we wanted to have medical expertise but we also needed the expertise of those who would help get our messages out and to think about the economic impact,” Cox said. His team includes the state epidemiologist and other health care professionals as well as representatives from the state’s health centers, state and local government, law enforcement, community impact organizations, and Utah’s faith-based communities. “We jumped in with both feet, but after a week we realized this was far bigger than anything any of us has experienced collectively.” 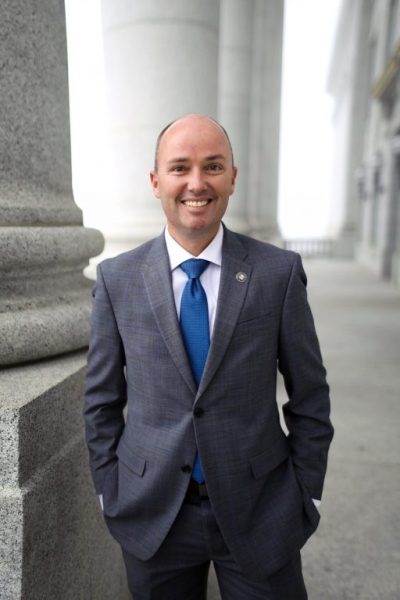 Today, the task force comprises 10 subcommittees targeting responses in different areas such as hospital capacity, long-term care facilities, and medical supply chains, along with such lower profile but critical components as child care for those on the front line. Twice a day, nearly 100 people join in conference and video calls to report what is happening on the ground and to set goals for the coming days.

“We really are on a war footing,” said Cox. “We have integrated those committees into an incident command center. We have what feels like an infinite amount of information coming in that we have to synthesize and then get out to our decision-makers.”

Cox credits a successful response so far to early action on a number of fronts. Utah was among the first states to limit large gatherings, to restrict dining in restaurants and bars, and to suspend colleges and K-12 classes. It was the first state to provide free child care for health care workers and preceded the federal government with a first round of state funding for small businesses.

But the most important step, Cox says, was a very early focus on testing and tracing: Utah currently has the fifth highest per capita testing rate in the country. The state’s two largest test facilities, normally competitors, are working together to expand Utah’s testing capacity, and nearly 1,000 state employees are being trained in virus tracing methods and in conducting phone interviews with infected individuals.

“Testing and tracing, that’s the way out of this.”

“Testing and tracing, that’s the way out of this,” said Cox. “As a nation, we were behind where we needed to be with testing, and that led to the sledgehammer approach of social distancing. We can further arrest the spread through more and more testing. Identifying and isolating the infected and those who might be carriers will allow us to get our economy back online sooner.”

While limiting the human toll of the virus is clearly the primary concern during what Cox describes as the 8-10 week “urgent phase” of the response, the task force is also planning for a stabilization phase and a recovery phase, when the economy will come into focus. Utah led the nation in private sector growth each of the last ten years, and Cox admits it is disheartening to see all that hard work vanish in three weeks.

“We know the best thing we can do for our economy is not to overwhelm our hospital system,” said Cox, who laments that the medical response and economics have been portrayed as competing values. “What we have seen in other countries and states is that these responses serve each other. If we get the health and safety response right, we will spare damage to the economy. These are not just statistics. These are people who have lost jobs or shuttered their businesses to help save lives.”

In his capacity as Lt. Governor, Cox oversees the state’s elections, and he is currently running to succeed Gary Herbert as governor. Consequently, he understands as well as anyone how events and decisions get politicized in ways that are divisive for the country. That is the primary reason he suspended his campaign and all fundraising when Herbert appointed him to lead the Coronavirus Task Force and encouraged his supporters to make donations to response organizations and those in need.

“It was an easy decision, the right thing to do,” said Cox. “I swore an oath to do this job, and this has to be my top priority right now.”

The best way to cut through the politics, Cox believes, is through good communication. An avid user of social media himself, Cox has seen how easily bad information grows and spreads, especially in a crisis situation.

“Technology giveth and technology taketh away,” said Cox. “Confirmation bias is very powerful right now. It is less likely than ever for people to pay attention to accurate information from credible sources.”

To combat this, Utah quickly set up a website, coronavirus.utah.gov, and associated social media accounts, and activated a network of public information officers from entities across the state, to share official information such as the number of cases, expanded testing capacity, and state-wide directives related to travel and staying at home. Beyond his multiple daily meetings with his task force, Cox participates in twice-weekly briefings with the federal task force led by Vice President Mike Pence and hosts a weekly Zoom call with mayors and county commissioners from across the state to disseminate information and answer questions.

“This has made it easier to tamp down bad information and point people in the right direction,” said Cox. “But it is a constant battle.”

Cox credits his legal training for his ability to absorb and synthesize the vast amounts of information he is seeing now in order to solve problems, a skill honed at W&L Law. His time in Lexington included a stint in the School’s Black Lung Clinic, which is famous for requiring students to delve deeply into medical issues that cause pneumoconiosis.

“One professor used to say, ‘We narrow your mind by sharpening it,’” said Cox. “And that sharpening has helped me so much throughout my career.”

In the midst of his 20-hour days and the ever-shifting landscape that has defined this outbreak so far, Cox says he is still processing the depth and breadth of what is occurring and what it means on a larger scale.

“While there is some negativity, there are incredible things happening in Utah and elsewhere,” said Cox. “It has renewed my faith in humanity and my faith in Utah. In hard times, we come together, and as dire as it looks right now, I know we will come out stronger in the end.”