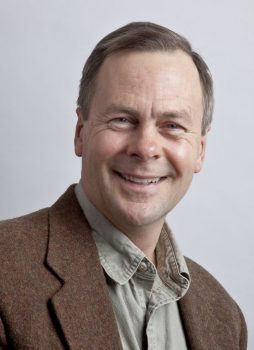 On Thursday, November 30, Stephen Cushman, Robert C. Taylor Professor at the University of Virginia, will deliver the 2018 Hendricks Lecture in Law and History. The title of Cushman’s talk is “George B. McClellan, Robert E. Lee, and the Laws of War before the Lieber Code.”

The lecture will begin at 1:00 p.m. in the Millhiser Moot Court Room, Sydney Lewis Hall on the campus of Washington and Lee University. The event is free and open to the public.

Cushman is the Robert C. Taylor Professor of English in the College and Graduate School of Arts & Sciences at UVA, specializing in American poetry and historical research combining literature and the Civil War. He has published six books of poetry and several non-fiction books, most recently “Belligerent Muse: Five Northern Writers and How They Shaped Our Understanding of the Civil War,” from the University of North Carolina Press.

The historian Gary Gallagher says of “Belligerent Muse” that Cushman “combines in unusual fashion – perhaps unique, I would say – poetic and literary credentials of the first order and serious engagement with historical literature of the Civil War. ‘Belligerent Muse’ ties the insights and contributions of military historians to literary sensibilities in ways no one other than Cushman, at least as far as I know, has attempted.”

Cushman is the recipient of numerous teaching awards, including the Outstanding Faculty Award in 2015 from the Council of Higher Education in Virginia. He received his undergraduate degree from Cornell University and his M.A., M.Phil. and Ph.D. from Yale.

The event is sponsored by the W&L Center for Law and History.