Studying Food Insecurity At Harvard, Leah Gose '15 has conducted a complex study of organizations that provide food to people in need. 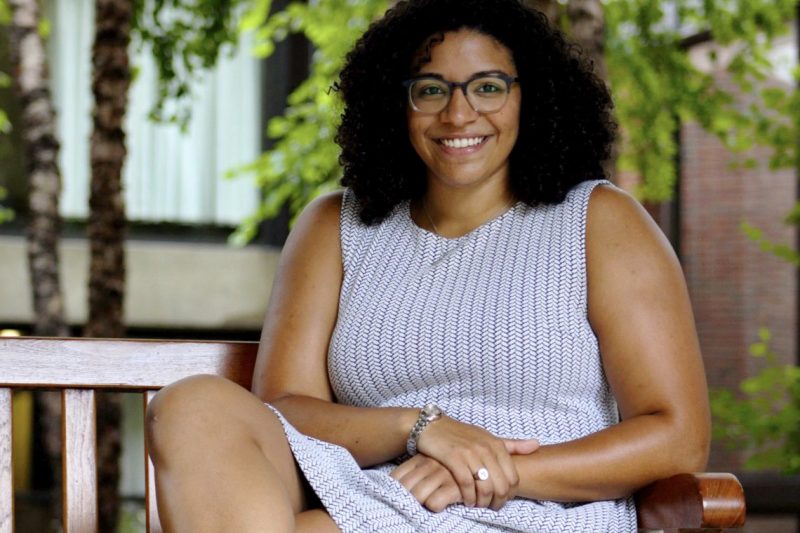 When people are hungry and not sure where their next meal is coming from, “It’s awful. It’s all they think about,” said Leah Gose ’15.

Food insecurity is defined as being occasionally or frequently uncertain where the next meal is coming from. One-in-six people in the U.S. is food insecure, and the number increases for youth and senior populations.

Last summer, Gose interviewed 84 people from a major American city, including pastors, rabbis, heads of food pantries and produce-procurement. She asked about how they are providing food, how they obtain food and how they partner with other organizations.

She noticed that in trying to provide healthier options many food pantries are investing in freezers and taking more donations of perishable foods, such as dairy, meat and produce. As a result, they are also having to teach people how to use and cook that food, when that demographic is more accustomed to opening cans or boxes.

Gose learned from her research that how people use a food bank varies. Some use a food pantry when their budget for food has to cover other, unexpected bills, such as a car repair. People who receive federal SNAP (Supplemental Nutrition Assistance Program) assistance find that the money usually runs out before the end of the month, and they turn to a food pantry to keep from going hungry. “In the summer,” said Gose, “grandparents come to the pantry because they are taking care of their grandchildren,” which increases the amount of food they need and can’t provide on their own.

“As scholars, we have to ask the community about what they are noticing about food insecurity and trends in how resources are obtained and distributed.” She hopes to share her findings with those outside the academic world who sometimes don’t communicate well with each other because they are focused on local issues.

Gose plans to teach sociology, as well as advise and consult on issues of social policy and poverty. “My major goal is to enlighten students and politicians on the effects of hunger and its health challenges and promote the idea that everyone should live a just and fair life.”