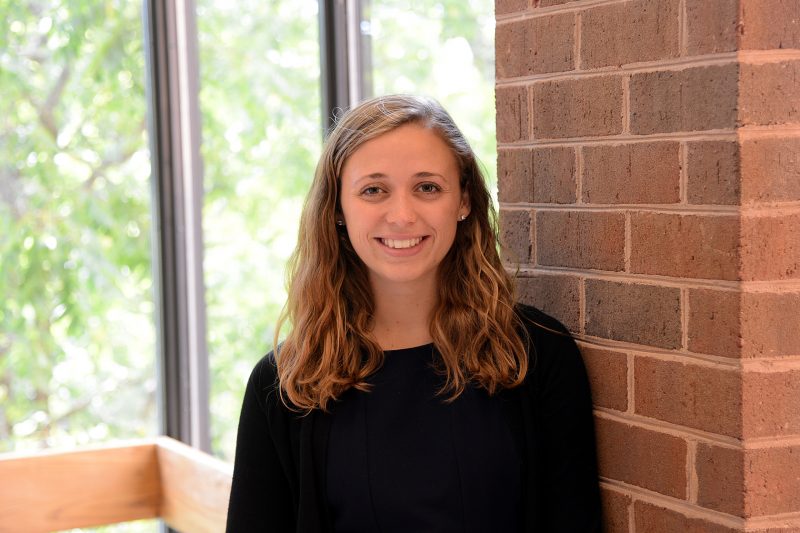 Daniele San Román is a 2L originally from Long Island, New York. She graduated from Penn State University in 2015 with a degree in Biochemistry and Molecular Biology. Daniele worked as a paralegal at the Department of Homeland Security for a year before attending W&L. She is a Junior Editor for the German Law Journal, a Hearing Advisor, a Law Ambassador, a Westlaw Student Representative, Treasurer for SEIPLS, and a chair for the WLSO Symposium. Outside of class, Daniele enjoys running, hiking, and watching Penn State Football.

In both courts, I attended proceedings almost daily and was exposed to a variety of areas of law across numerous cases.

The Delaware Court of Chancery determines a substantial amount of corporate litigation, and I saw incredibly talented lawyers in oral argument representing a variety of high profile clients, from pharmaceutical companies to food network stars. The issues often seemed insignificant at face value, but there was always a considerable sum of money involved in the verdict. Vice Chancellor Slights typically asked for my thoughts before and after argument, and never hesitated to fully explain and discuss the proceedings. I was given the opportunity to work on the first draft of an opinion for the Vice Chancellor, which was an incredible.

The Delaware Superior Court is a trial court, and while I worked for Judge Parkins, he was on a criminal rotation. I saw first-hand the considerable discretion judges have and how difficult some of the choices they have to make can be. I was fortunate to work during a criminal trial and see voir dire, witness examinations, and opening arguments. (The defendant took a guilty plea before closing arguments.) I helped edit numerous opinions, researched a variety of legal issues, and wrote recommendations for Judge Parkins on defendants’ motions for modification of sentence. Judge Parkins always took the time to discuss my thoughts and edits and shared his thoughts as well.

I was fortunate to work with two judges who dedicated so much time to teaching me. I was exposed to how judges think and it was interesting to learn about the factors they would consider.

My editing improved greatly this summer, and I developed a much keener eye for details and grammatical errors. I became more comfortable in the court room, as well as around attorneys and judges. One of the most important skills I developed this summer was an increased confidence in my abilities. In the beginning of the summer I often felt overwhelmed and constantly worried that I would not be able to do the work I needed to do. As I continued working, I realized that I do know the law and I can handle the work put in front of me.

In the Court of Chancery, I saw a lot of cases involving contract law and tort law. Contract law was more prevalent and most cases were regarding specific performance or an injunction. I saw how important every detail in a contract can be. Civil procedure was helpful to understand a lot of what was happening in the court room and what the attorneys were referencing regarding future steps. Criminal law was very helpful to understand the criminal cases, although Delaware has very confusing sentencing that nothing could have prepared me for. I also utilized what I learned in Professional Responsibility in both courts when evaluating attorneys’ actions and questions of recusal.

I was surprised by the number of cases being processed and worked on simultaneously. There always seemed to be a staggering amount of work to do on various stages of the different cases. At times, it was difficult to keep track of everything we needed to work on. I was also surprised by the relationships between the attorneys. Generally, the attorneys were not only cordial, but appeared to be friends. Between proceedings in the criminal trial, the defense attorney and prosecutor would discuss the prosecutor’s upcoming wedding, for example.

My favorite aspect was sitting in on oral arguments. Reading briefs in preparation and watching the arguments unfold through the argument seemed very analogous to preparing for class, which was a welcome exercise. I enjoyed watching the attorneys think on their feet and hearing their (mostly) intelligent and eloquent answers as the judges poked holes in their arguments. I also was always interested in looking into the attorneys’ backgrounds to see what training and experience had shaped their styles.

Before this summer, I didn’t think I would be interested in applying for a judicial clerkship, but I enjoyed this experience so much that I am considering it. Judge Parkins’s clerk left in mid-July to take a position at a firm, which gave me the incredible opportunity to work as a pseudo-clerk for two weeks. I really enjoyed working so closely with Judge Parkins, and was fortunate to see his considerable intelligence and knowledge of the law first hand.