Spending your summer gathering data on how the U.S. government has funded social programs to combat poverty over the past 50 years would hardly seem to qualify as a day at the beach.

But Washington and Lee University senior Caroline Head, an economics major with a minor in poverty studies, has discovered that such data mining is not as dull as it might seem, especially when you consider the stories that are behind the data.

Head’s role as a R.E. Lee Research Scholar has involved taking data from different sources and turning it into visual graphs. It is an important element of the research W&L’s Shepherd Program for the Interdisciplinary Study of Poverty and Human Capability has been conducting for the past two years.

Head is one of three students who have spent the summer working with Harlan Beckley, the Fletcher Otey Thomas Professor of Religion and director of the Shepherd Program.

“Dealing with hard numbers can get boring,” said Head, “but Professor Beckley is so dynamic and engaging to work with. He taught us to look for the explanation and the stories behind our research. It gives it so much more meaning.”

Head’s portion of the research looked at government social spending over the last fifty years and compared it to spending in other countries. She turned the hard data into graphs that show the information at a glance.

She has demonstrated that within OECD countries (the Organization for Economic Cooperation and Development) the United States ranks 27th in total public social expenditure-spending on pensions, income support to the working poor and healthcare.

Beckley said that the data Head has collected also show that social spending in the United States over the past 30 to 40 years has moved from cash to “in kind.” “It’s moved from welfare cash payments to food stamps, Medicaid and other kinds of services for poor people,” he said. “It’s more focused on their capability for functioning rather than just giving people money. Most people would see that as a positive change.”

The other two R.E. Lee Research Scholars working with Beckley were Xiaoxi Liang, a rising senior, and John Grigsby, a rising sophomore.

The data she collected clearly show that low income persons in the U.S. have much higher rates of low birth weight babies and a much higher infant mortality rate than higher income persons. “To be able to show that there’s a relationship between poor health outcomes and poverty is important, although it doesn’t yet tell us the reason for that, and there could be a number of factors,” said Beckley.

Grigsby researched how the total compensation package of non-supervisory workers-compensation, health care, pension benefits and so on-has changed over the years.

“His research shows a tremendous increase in inequality over the last 20 or 30 years,” said Beckley.

“While our GDP (gross domestic product) per capita is higher than any other large developed nation with the possible exception of Norway, income for the least well compensated workers in the U.S. is considerably lower than in other nations.”

Beckley uses the graphs the R.E. Lee Scholars create for both his classroom presentations and lectures. The students are also able to use the information for their own papers.

It’s an interesting collaboration between faculty and students, and one that all appreciate.

“I’ve learned a lot from the students,” said Beckley.

For her part, Head thought that the work R.E. Lee Research Scholars do in different disciplines has been inspiring to see. “Here we are, these 20 year olds working alongside renowned professors,” she said. “They are so specialized and well known within their fields, but they are never condescending and really seem to appreciate and value our input. Also, I think it’s great we’re involved in something that will be included in publications and lectures while we’re still undergraduates.”

R.E. Lee Research Scholars are part of the University’s undergraduate research program and is in its fifth decade of operation. It was founded in 1960 by an 1899 graduate. Students must be nominated by their professors to be R.E. Lee Research Scholars. It involves either assisting a professor in research or carrying out a student-planned project under the supervision of a professor.

Washington and Lee’s Shepherd Program for the Interdisciplinary Study of Poverty and Human Capability integrates academic study and learning through service and reflection. It endeavors to inform students about poverty and what can be done to foster human capabilities for communities and individuals who have been left behind in domestic and international development. 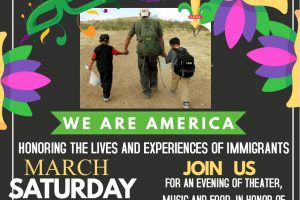