Supporting W&L From Across the Globe From serving on his 10th reunion committee to establishing a scholarship, Yuan Liu '11 proves that W&L ties span continents. 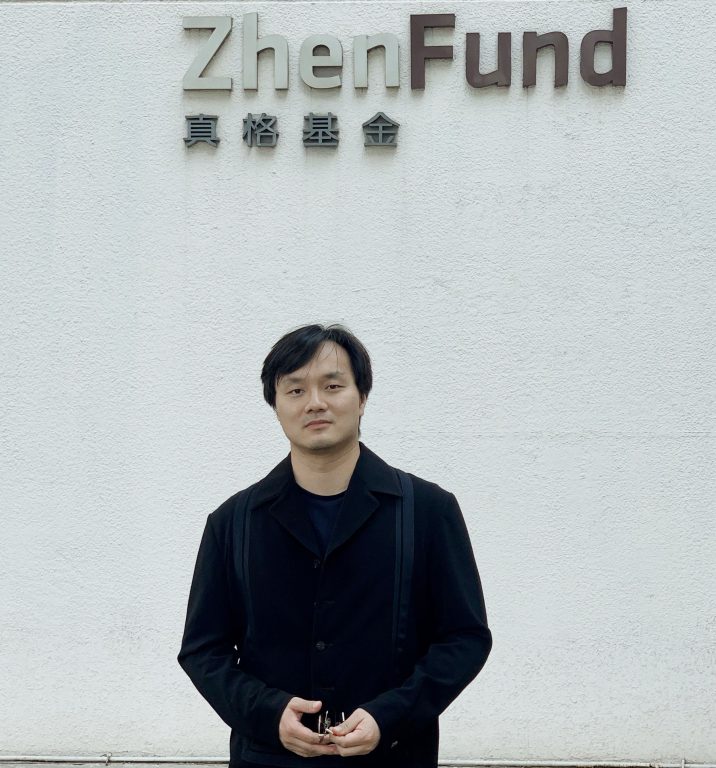 “I give back as a token of gratitude for the kindness, attention and care that I received from the W&L community — I want to keep passing it on for the next generation.”

Despite a demanding and successful career as a managing director at venture capital firm Zhenfund, Yuan Liu ’11 has found the time to serve on his 10th reunion committee — and to make generous gifts to the Annual Fund and toward creating the Yuan Liu Scholarship Endowment.

Based in Beijing, Liu has managed to work around a 12-hour time difference, coordinating with W&L’s staff and fellow committee members to be part of his reunion effort — a feat worthy of sincere admiration. Not only has he shown dedication through his service, but he has generously supported the Class of 2011’s reunion giving campaign through leadership gifts to the Annual Fund.

Celebrating 10 years since his graduation gave Liu the opportunity to reflect more deeply on his W&L experience, and he turned that opportunity into action by establishing a scholarship that he hopes will eventually support other international students who come to Washington and Lee.

“I give back as a token of gratitude for the kindness, attention and care that I received from the W&L community — I want to keep passing it on for the next generation,” Liu said.

Hailing from Wuhan, China, Liu knew he wanted to attend college in the United States and was attracted to W&L by its rankings and its offer of a scholarship. He arrived expecting to see skyscrapers and was instead greeted by cow pastures. “I had never been to the U.S. before college, and it was a shock,” he said. “My only exposure was from TV.” One of only five Chinese students, Liu found the cultural gap challenging in social situations, often shying away from parties and opting instead for long chats with his professors. “I found myself in stark contrast to the prep boys,” he said. Nonetheless, Liu joined a fraternity for a while, and leveraged every opportunity, even ones that seemed out of reach at the time.

During Liu’s college years, many finance firms could not support international visas because of corporate bailout stipulations and would not consider international students for internships. He wanted a finance internship, but as soon as recruiters learned he was an international student, they canceled their interviews with him. Undeterred, he contacted his classmate’s mother, Jane Gilday, who then served on the Williams School Board of Advisors. She worked for Barrow Hanley and was going to be interviewing candidates on campus. When Liu called her, she let him know she was booked but would contact him if there was a cancelation. Fate ruled in Liu’s favor, and he got the internship following his interview in 2010. He was later able to land internships with Concept Capital and with Presidio Network Solutions, as well.

During his senior year, he contacted alumni in the finance industry through the W&L professional network and connected with Trey Hart ’06, who hired Liu to work as a financial analyst at Greenspring Associates. Then a small company, Greenspring has grown to be one of the largest venture capital firms in the world. During his two years there, Liu was promoted to senior analyst and stays in touch with Hart, who was an early investor in Zhenfund.

Liu returned to China in 2014 to join Zhenfund. The firm, which invests in a wide variety of sectors, recently celebrated its 10-year anniversary. “I am constantly meeting new, incredibly talented and aspiring people,” he said. “It is exciting to watch an idea grow from a PowerPoint deck into a $10 billion company.”

“We are from different sides of the globe, and it was Washington and Lee that bonded us together.”

Since he didn’t have any family in the United States, Liu created his own at W&L. He refers to Gilday as his “American mom.” While his roommate Sean Kerr later transferred to Harvard, Liu remained close with his family and said that Sean’s father, Mike Kerr, always invited him to their home in Cape Cod for Thanksgiving. “I don’t know of any other place where families bond like this,” he said.

When Liu graduated, his mother traveled to the United States for the first time to attend Commencement and met Kerr and Gilday. He recalled that his mother had so many pictures from his graduation and her trip, that she made a calendar that still hangs in his bedroom at his family home. Later, Mike Kerr visited Liu’s family in Wuhan, China. “We are from different sides of the globe, and it was Washington and Lee that bonded us together,” Liu said. 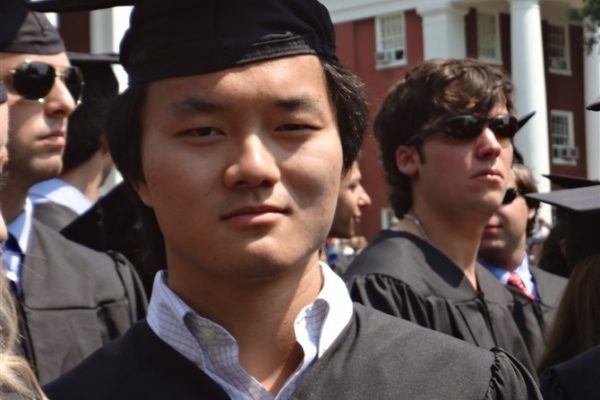 Hart, Kerr and Gilday, along with many of Liu’s professors, formed the nucleus of his W&L family, but he continues to nurture it by connecting with Chinese alumni and current students through an online chat group that has more than 80 members. Liu has used the forum as a resource to encourage reunion support among his classmates within the group. “I am really looking forward to the reunion,” he said. “I hope the travel ban will be lifted so that I can make it back to campus for the celebration.”