Thomas V. Litzenburg Jr. ’57, Retired Director of the Reeves Center, Dies at 84 Litzenburg, who worked at W&L from 1991 until 2003, was also the former acting university chaplain. 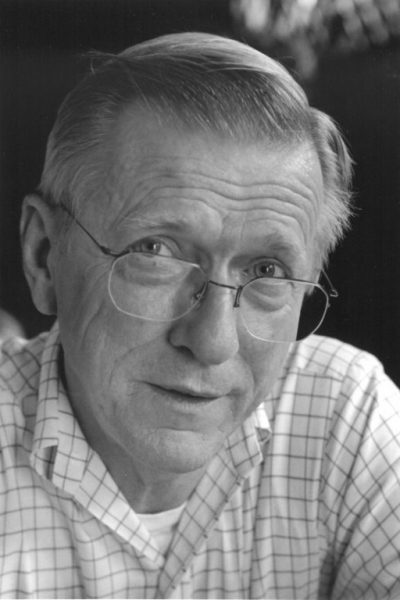 Thomas Vernon Litzenburg Jr., the retired director of Washington and Lee University’s Reeves Center and former acting university chaplain, died on May 19, 2018. He was 84. He worked at W&L from 1991 until 2003.

“I am grateful for the many contributions that Tom Litzenburg made to W&L,” said W&L President Will Dudley, “As a student, he edited the Ring-tum Phi; as our chaplain, he ministered to the spiritual needs of the community; and as director of the Reeves Center, he cared for our collections of artwork and Chinese export porcelain. And in that latter role, he helped guide the Reeves Center to its 50th anniversary, which we celebrated last year.”

Tom Litzenburg was born on Oct. 18, 1933, and grew up in Baltimore, Maryland. He got to know W&L during visits to campus with classmates from Baltimore’s St. Paul’s School. He badly wanted to apply but knew his family could not afford the tuition. A postulate for holy orders, he was able to enroll after Frank Gilliam (Class of 1917), then dean of admissions, connected him with a pre-ministerial scholarship.

In 2003, Litzenburg told the W&L magazine that during his first year at the university, he had such a good time that his academic performance slipped. He credited his Beta Theta Pi fraternity brother Ray Smith ’55 with showing him how to study more effectively. Litzenburg rallied and became a serious student, as well as editor of the Ring-tum Phi.

He also earned a reputation for outspokenness. “Although he at times offered opinions that many of us were not ready to receive with open minds,” fraternity brother Farris Hotchkiss ’58 told the magazine, “he was an influence on us for the better in ways we did not always understand or appreciate.”

Following his graduate studies, Litzenburg embarked on an academic career, at Wells College, a women’s college in Aurora, New York. He was an instructor (1964-1966), assistant professor (1966-1970), special assistant to the president (1971-1973), and associate professor of philosophy and associate professor of religion (1971-1974). At Wells, he got to know the then president of that institution: John Wilson, who would become the president of W&L in 1983.

In 1975, Litzenburg moved into a different sphere with jobs at the National Endowment for the Humanities, first as a program officer (1975-1977), then as special assistant to the chairman (1977-1978) and assistant chairman (1979–1981). He also worked as executive director for policy at the Association of American Universities (1981-1982).

From 1982 to 1991, Litzenburg returned to academia, as president of Salem College, a women’s college in Winston-Salem, North Carolina. He then served as a visiting scholar at the National Humanities Center, Research Triangle Park, North Carolina, in 1991, and that same year returned to W&L as executive assistant to President John Wilson.

Litzenburg’s career as director of the Reeves Center was supposed to be temporary, but (somewhat to his surprise) he received the nod from President Wilson for the permanent post.

He also oversaw a renovation of the Lee Chapel Museum for the university’s 250th anniversary, in 1999. To accomplish that task, he coordinated an all-star W&L team of collaborators: Holt Merchant ’61 and Taylor Sanders, now both professors of history emeritus; Mary Coulling, author of a book on the Lee daughters; Vicki Sessions, of Leyburn Library; the late Captain Robert Peniston, then director of Lee Chapel; and the late Frank Parsons ’54, then coordinator of facilities planning.

In 2004, the Reeves Center honored him by creating the Thomas V. Litzenburg Award for the W&L student who submits the best paper on artwork in the university’s collections.

Litzenburg belonged to Phi Beta Kappa, received the Tew Prize in 1961 from Yale, and served as a Princeton Fellow in 1961.

Among the organizations to which he gave board service were the Association of American Colleges, Old Salem and the Museum for the Early Southern Decorative Arts, the Women’s College Coalition, Leadership Winston-Salem, the Sawtooth Center for Visual Design, the American Red Cross, and the United Way.

He traveled as a representative and consultant to the People’s Republic of China (U.S. Cultural Delegation), London and Cambridge (British Council), Paris (UNESCO), Oxford (Wolsey Hall), University of Oxford (St. Peter’s College) and the University of London.

Litzenburg co-edited two books, “The Logic of God: Theology and Verification” (1975) and “Intellectual Honesty and Religious Commitment” (1969). He oversaw the production of the book “Chinese Export Porcelain in the Reeves Center Collection at Washington and Lee University” (2003), which he also co-wrote, with Ann T. (Holly) Bailey, then associate director of the Reeves Center.

As an ordained member of the clergy, Litzenburg served as chaplain of Bryn Mawr, Haverford and Swarthmore colleges (1959-1960); as honorary associate rector of Trinity Episcopal Church (Swarthmore, Pennsylvania) (1960-1962); as chaplain of Wells College (1964-1974); and as an assistant at St. Paul’s Episcopal Church, Winston-Salem, North Carolina (1986-1991).

“His clear focus on the virtues of Washington and Lee, and his willingness to stand up and say when he thought we were straying from those virtues, will be sorely missed,” Hotchkiss told the magazine at Litzenburg’s 2003 retirement.

A memorial service will take place on Friday, May 25, at 9:30 a.m. at Grace Episcopal Church, Lexington. A private burial will precede the service, and a reception will follow at Kendal Hall.