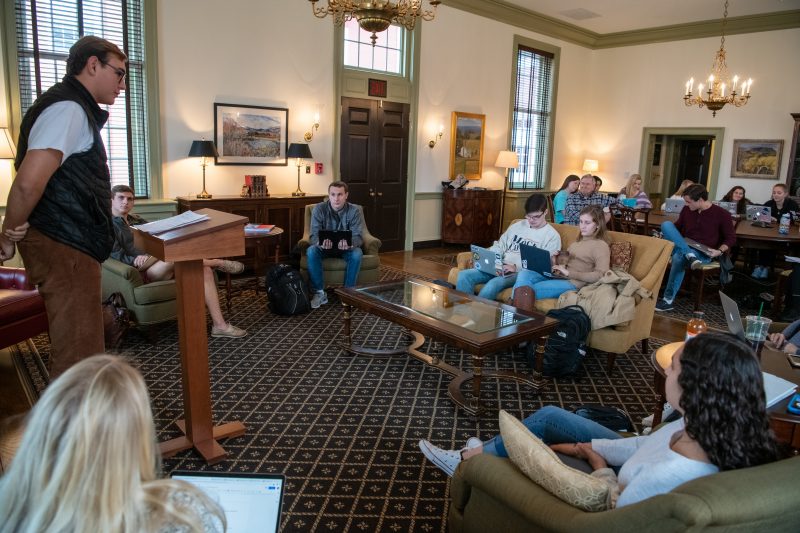 Jack Magruder ’21 addresses the class during the Mock Trial.

Since the news first broke, there was little doubt in many legislators’ minds that the circumstances surrounding the case would lead to an impeachment trial. Tensions were high, and the stakes even more so. As they prepared to take a vote, the key question was: Is this an impeachable offense?

This might sound like a scene right out of current events, but it actually took place in a Washington and Lee University classroom, where students in Professor Bob Strong’s Fall Term course, Presidential Impeachment, worked to put current events into historical and constitutional context.

“The class examined how the talk of impeachment today related to actual impeachments in the American political experience,” Strong said.

For two days, Strong’s students, most of whom were not even born in 1998, produced their version of the Bill Clinton impeachment trial. Their task required them to role play the entire case, starting with opening arguments and going through multiple points of view before procuring a final vote. Washington and Lee Provost Marc Conner acted as chief justice of the Supreme Court during the trial.

On day one of the trial, before class had even started, students were in character.

“It is an honor and a privilege to serve the president of the United States,” said Lee Bernstein ’21, a member of the mock defense team. 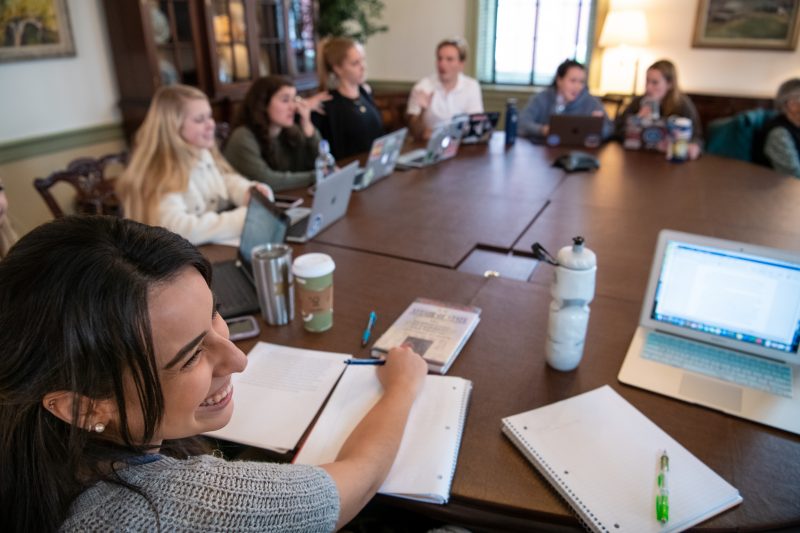 The course introduced students to the constitutional provisions that allow for the impeachment of senior officials in the U.S. government. Students reviewed in detail the three impeachment processes that led to the acquittal of Andrew Johnson and Bill Clinton, and the resignation of Richard Nixon.

Strong was inspired by current political events to teach the class, but it was offered before impeachment proceedings against President Donald Trump kicked off in the U.S. House of Representatives

“In the past, I have taught a course on presidential scandals,” said Strong. “This year, instead of repeating that course, I thought I would do one on impeachment because it was a good guess that even if the House did not impeach Trump after the Mueller Report came out, everyone would still be talking about the topic, and it raises some interesting broad questions.”

During the semester, students worked to answer a number of questions, including: Did the constitutional framers anticipate the need to remove future presidents from office? Did they adequately plan for that possibility? What behaviors on the part of presidents justify removal? What procedures ensure fairness? Have previous presidential impeachments worked out well or poorly? In October, students also had a chance to sit down with Peter Baker, chief White House correspondent for The New York Times, who wrote about the Clinton case.

In the mock trial, students acted in full character as members of the Clinton trial. Members of the prosecution and defense sides each had an eight-minute opening statement, and some students memorized their speeches. 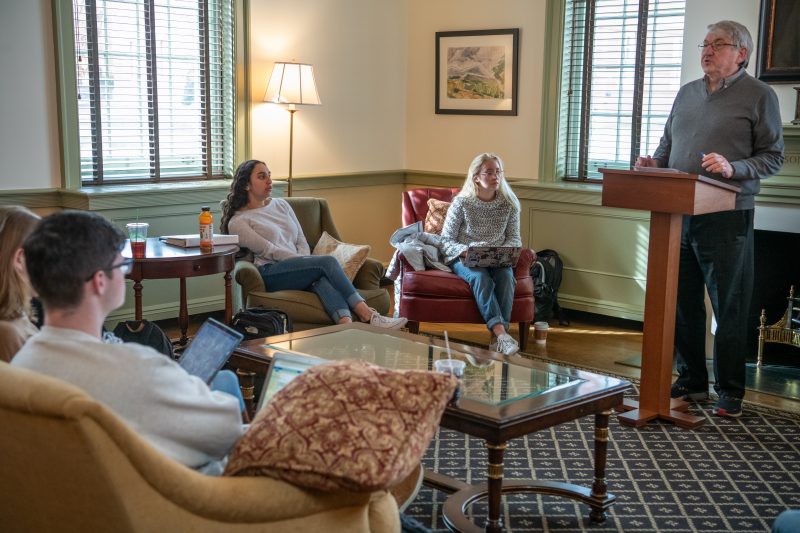 Luke Basham ’20, a member of the prosecution team, paced the room during his opening statement and at times raised his voice to draw out a point, such as when he exclaimed that Clinton “violated the public’s trust.”

“I prepared for my role as prosecutor by researching the Articles of Impeachment against President Clinton, specifically Article II, which dealt with his perjury,” said Basham, who also serves as Democratic Party analyst for W&L’s Mock Con 2020. “I did not prepare the speech itself beforehand. As a two-time Virginia State Champion in Extemporaneous Speaking, impromptu speech is very familiar to me, and the role of prosecutor suited me quite well.”

Students on both sides dedicated time to researching the Clinton trial, including strategies and specific points made by their chosen sides.

“My preparation for the trial included a review of our assigned readings before coming up with my general argument,” said Audrey Blumenstock ’22, a member of the defense team. “I also watched and read Bill Clinton’s grand jury testimony. I worked with my co-counsel to coordinate our arguments. Mainly, I read through transcripts of the Senate trial from 1998 and found what I felt to be the most important and convincing parts of President Clinton’s lawyers’ arguments. I didn’t memorize my speech, but I knew the points that I wanted to make. Once you know the big points you need to make, then it is easier to fill in the rest with the information that helps you to make those points.”

While the exercise was for educational purposes, the timing for the course was on-point. As President Donald Trump awaits his own trial in the U.S. Senate, students at W&L have worked to achieve a whole new understanding of the process taking place in Washington. 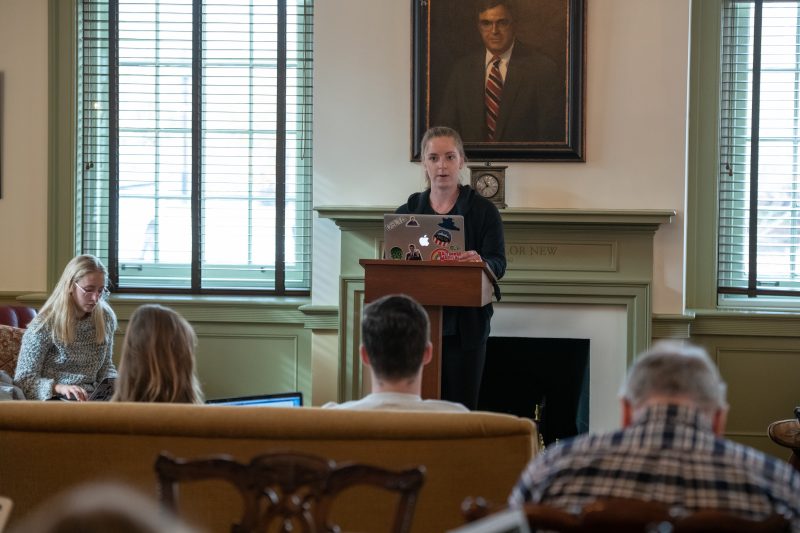