Tolu Olubunmi ’02, One of “15 Women Changing the World,” to Speak at W&L Her talk, free and open to the public, is entitled “When Lions Write: Innovations in Advocacy.” 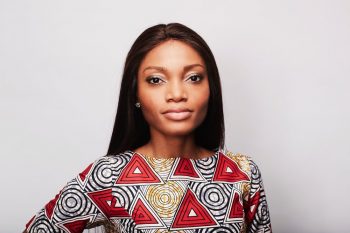 CEO and founder of Lions Write, Tolu Olubunmi ’02, will deliver a public talk entitled “When Lions Write: Innovations in Advocacy,” at Washington and Lee University on Tues., March 5 at 7 p.m. in Stackhouse Theater.

Olubunmi’s talk is part of the broader Washington Term Speaker Series, “From the Colonnade to the Capitol… and Back.” Brian Alexander, Washington Term Program Director and Assistant Professor of Politics, developed the series as a way to connect the D.C. experience with the campus community in Lexington.

“For over thirty years, Washington Term has been cultivating leaders in Washington, and the W&L alumni network is global. With the Washington Term on-campus speaker series, I hope to share and inspire everyone on campus – not just those we take to DC – with the stories and lessons of our alumni leaders,” said Alexander.

Olubunmi is an entrepreneur and global advocate for migrants, refugees, and internally displaced people. She has established and led several organizations and campaigns focused on immigrant integration, youth empowerment, education, access to technology, and employment.

Born in Nigeria and raised in the U.S., Olubunmi began her work in advocacy and philanthropy at the National Immigration Law Center (NILC) as an unpaid volunteer. She was the first and only “DREAMer” working full-time advocating for access to legal status and higher education for immigrant youth in the U.S.

In 2015, The World Economic Forum named her one of “15 Women Changing the World,” as well as an “Outstanding Woman Entrepreneur.”

She worked tirelessly on the 2013 U.S. Senate immigration bill, was recognized by the Senate sponsors at the introduction of the bill and was invited to introduce President Barack Obama at the White House.

Appointed by the United Nations Migration Agency’s Director General, Olubunmi will serve as an advisor to the United Nations Department of Global Communications in New York. She will focus on youth engagement on the Sustainable Development Goals (SDGs) and migration.

Olubunmi is currently the CEO and founder of Lions Write. The organization builds social impact initiatives focused on immigrant integration, employment, access to technology, and education in partnership with corporations, governments, and civil society organizations.

At W&L she majored in chemistry-engineering and served as a resident assistant. While she’s back on campus, she will meet select members of the administration, faculty, and students, and attend a reception with students at the Sanokfa House.