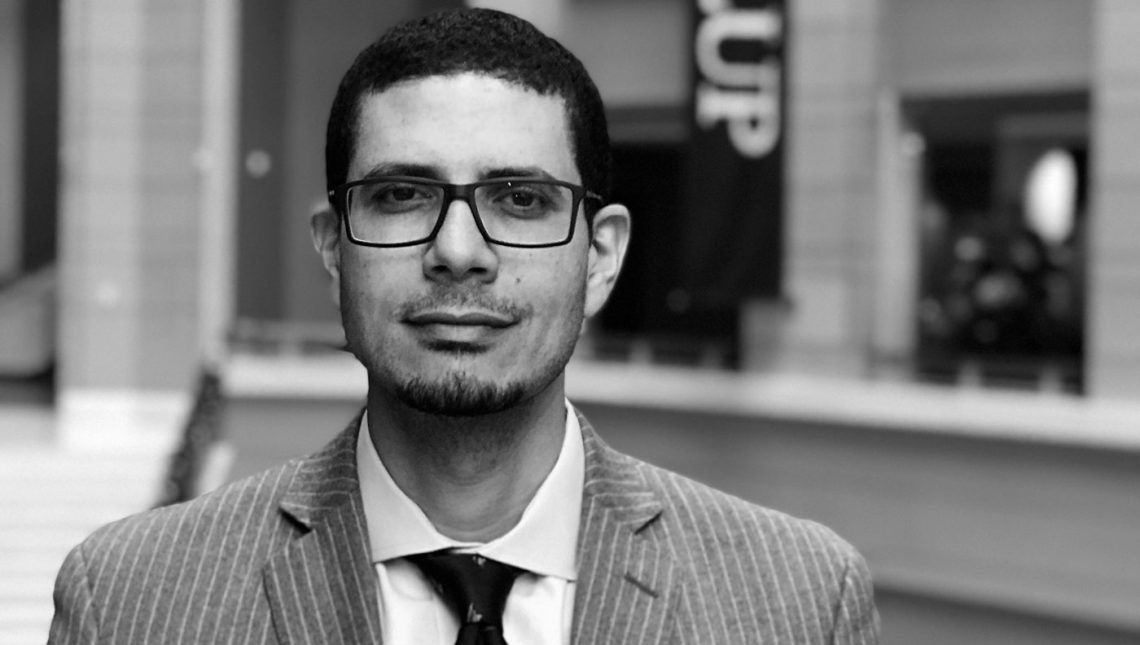 If you ever needed convincing that the unique skills and experiences gained in law school can prepare you for just about any profession, look no further than Mohamed Younis ‘07L, the new editor in chief of global consulting firm and polling giant Gallup.

“Everything you learn about writing, engaging clients and managing their needs professionally, ethically and transparently, in addition to understanding how to structure an argument and tackle any challenge—just about everything I learned at W&L Law I apply almost daily in my job.”

Gallup is to polls as Apple is to phones—it has become synonymous with the concept of comprehensive public opinion analysis just like the iPhone has risen to cult-like status in American society. Gallup provides transparency and visibility concerning the most pressing political, social and economic issues of the day. As the company’s founder and namesake, George Gallup, asserted “If democracy is supposed to be based on the will of the people, someone should find out what that will is.”

That is exactly what Younis intends to do. He joined Gallup in 2009 as a senior consultant, eventually becoming managing editor and leading some of Gallup’s largest global and regional studies. When asked about what he was anticipating most in fulfilling his new role, Younis’s answer offered insight into the perspective that has seen him rise to the top of one of the world’s leading media organizations at a relatively young age.

“The most rewarding aspect of my career has been to play a tiny role in tracking and reporting on the voice—challenges, hopes, realities, aspirations, fears and priorities—of the world’s 7 billion citizens.”

“There are dozens of experts at Gallup that a far more qualified and accomplished than me, that have made this possible by building the first truly global and nationally representative methodology to do this work,” he added.

Younis has been tasked with transitioning Gallup into a new era of deeper examinations into the most contentious global issues of the day such as trust in governments and the future of work, utilizing ground-breaking technologies such as the organization’s signature “World Poll” consisting of sampling frames across 160 countries and covering 99% of the world’s population. “When Mohamed and his teams find a pearl deep in the data and present it” explains Jim Clifton, Chairman and CEO at Gallup, “that pearl will be on the desk of every president and prime minister in every country in the world. It will be on the desk of the 1,000 most influential leaders in the world representing all governments, NGOs foundations, institutions of education, health, business and industry, as well as top media.”

Part of what makes Younis an ideal candidate for this dynamic position is his diverse background that exposed to him to a wide array of nationalities, beliefs and ideologies. He was born in Egypt and moved at a young age to Los Angeles. After graduating from W&L Law, he spent 10 years at Gallup conducting social and geopolitical research before being promoted to Editor-in-Chief in December 2018.

“As a kid who grew up living between countries and cultures, languages and disparate economic realities, providing insight to all of them is something that always has had great meaning for me.”

Younis indicates W&L Law’s intimate community and the open-door policy offering students enviable around-the-clock access to some of the leading legal scholars in the world as the characteristics that led to his decision to attend. He noted his experiences in Professor Mark Drumbl’s Transitional Justice class and the invaluable mentorship he received from Professor Murchison as the highlights of his education experience that left a lasting impression.

“Life is interdisciplinary and a legal education is a great tool set to have as you tackle it.”

For those looking to emulate Younis’s post-graduation career trajectory in research and consulting, he offers this bit of advice: “Learn as much as you can about the different ways you can use your degree after school. There are tons of folks out there with law degrees and bar licenses that choose to do something other than filing a lawsuit or managing a financial transaction for a living.”

“Life is interdisciplinary and a legal education is a great tool set to have as you tackle it.”