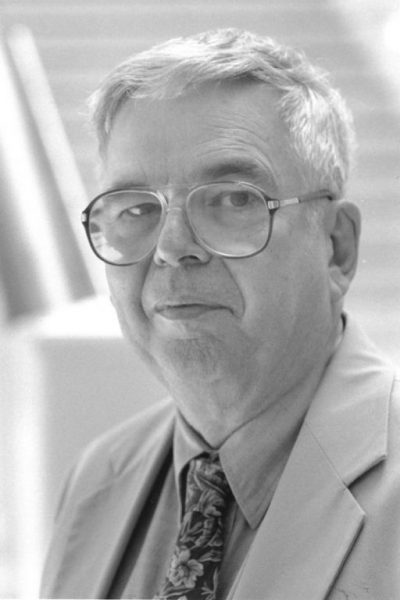 “I understand that when Barlow joined W&L, he helped move the physics department from its home in Reid Hall to its new headquarters in Parmly Hall,” said President Will Dudley. “He also modernized the laboratory equipment and experiments for the modern nuclear physics courses, which he did with a grant from the Atomic Energy Commission.”

He joined the W&L faculty in 1962 as an instructor of physics. His research interests included a broad range of topics in atomic and nuclear physics, and he received fellowships to conduct research at the Marshall Space Flight Center for NASA, Oak Ridge National Laboratory and the Arnold Air Development Center for the Air Force Office of Special Research. In 1968, with a grant from the Sloan Foundation, Barlow spent a year at the Nobel Institute for Physics in Stockholm, Sweden.

While at W&L, Barlow served a five-year term as department chair. He belonged to Phi Kappa Pi and Sigma Xi, an honor society for scientists and engineers.

There will be no funeral or memorial service.