The course is designed as a general introduction to and an overview of modern Japanese culture. It uses reading materials and discussions to examine a variety of visual artifacts, such as manga and anime, and unique social phenomena observable in modern Japan.

“I want my students to be aware of the differences between their countries and Japan and try to understand people who have different backgrounds,” said Naito.

Ken Ujie, associate professor of Japanese language emeritus, assisted students with their recipes, which  were written in both Japanese and English. “When I taught here, students really liked my cooking classes,” Ujie said. At the end of the class, students watched in awe as he prepared his own sushi from scratch.

In some cases, students in the class showcased their interest in Japanese culture without saying a word. Bella Frazier-Pool ’22 donned a Naruto shirt (a famous Japanese manga series) as she meticulously measured out the amount of brown sugar she needed to flavor a sauce.

While pots bubbled, students worked to finish up the final touches on their bento boxes. Perry Siehien ’20 chopped snow peas to add to a recipe while talking about other aspects of the class that he had enjoyed, including attempting calligraphy.

Finally, filled with a soboro rice bowl concoction, marinated cucumber and tomato salad, and smashed potato salad, the boxes were ready for the best part of the exercise: eating and enjoying. 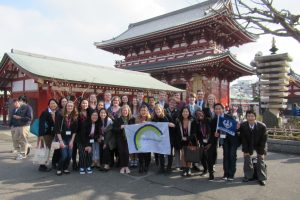 Building a Bridge Across the Globe 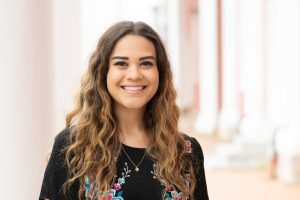