Washington and Lee University Presents a Virtual Performance of ‘Tartuffe’ The performance will run Oct. 15-18, and it is free and open to the public to watch via livestream. 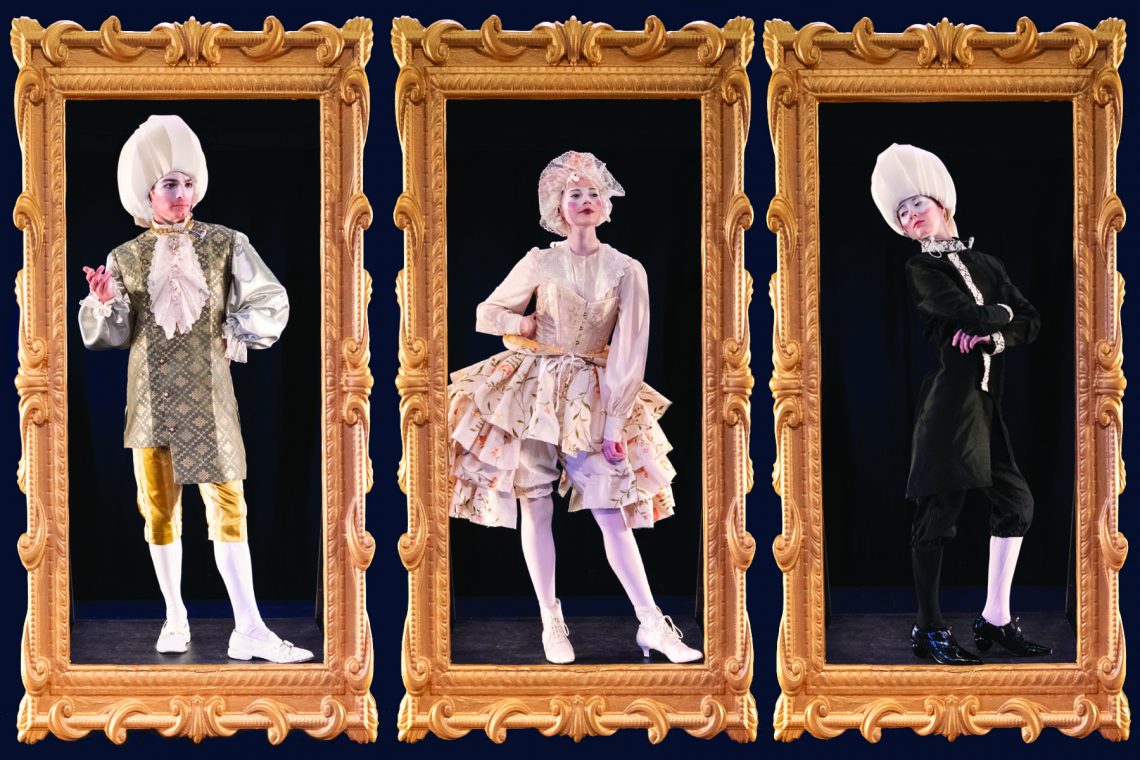 The deluded Partriarch Orgon (Samuel Womack ’21), the wit and sass of Dorine the servant (Mackie Benson ’21), and the crafty con of Tartuffe (Finn Connor ’23).

The show is free and open to the public to view online at https://livestream.com/wlu. Closed captioning is available during the livestream.

Molière’s “Tartuffe” (translated “The Imposter”) represents a celebration of comedy and bold social commentary. Censored in its own time in the 17th century, it is a satirical play whose main character purports piety while inwardly plotting, deceiving and manipulating others. The work weaves an entertaining story with a darkly comic commentary on French society, reflecting the world and its timeless struggles that still resonate today. W&L’s production is set in the period in which it was written, displaying the full style of King Louis XIV’s Baroque court.

The play leaves nothing untouched – religion, politics, family dynamics and gullibility are all confronted. In its time, “Tartuffe” broke the traditional bounds of satire and forged a new place for comedy in the world of drama.

With W&L’s COVID-19 regulations and precautions, no audience members are allowed in Lenfest theaters. Director Stephanie Sandberg gave her take on the logistics of the play in this new environment.

“‘Tartuffe’ is a comedy, so the audience’s energy through laughter and such is so important,” she said. “Without being able to share space, we’ve had to re-think how the play even works as a piece of communication. So, we’re staging ‘Tartuffe’ as a play, but we also created a shooting script so we can do some fun extra shots to add dimension to the story through the medium of film.”

Sandberg also revealed some of what the performers are currently going through during in-person rehearsals. The actors have learned 52 gestures and body positions that were codified for use on the 17th-century stage, and they play these gestures with the language to tell the story. In a nod to the current COVID-19 safety guidance, the actors wear masks on stage during the performance, and, as far as physical distancing is concerned, the women’s skirts are up to six feet across.

“This process has taught me to be patient and flexible, to have my eyes wider open and to always pay attention to every single detail,” said Sandberg. “The designers and technical staff have been amazing and so great to work with. They’ve taught me so much about creativity during a time of crisis. It’s going to be a beautiful show that the students learn so much from.”

For more information about the performance, visit https://my.wlu.edu/lenfest-center/tartuffe or call the Lenfest Center box office at 540.458.8000.