Washington and Lee University celebrates its 232nd undergraduate commencement Thurs., May 23, when it will award bachelor’s degrees to more than 420 students.

University President William C. Dudley will address the graduates at the 10 a.m. ceremony on the Front Lawn of the main campus. Elizabeth Mugo, past president of the Executive Committee of the student body and a graduating senior from Ruiru, Kenya, and Irmo, South Carolina, will speak on behalf of the Class of 2019.

Commencement festivities begin Wed., May 22, at 10 a.m. on the Front Lawn with the traditional baccalaureate service, featuring speaker Kerry Egan ’95. Egan is the New York Times bestselling author of “On Living” (Riverhead, 2016) and “Fumbling” (Doubleday, 2004). Her essays have appeared in the New York Times, The Washington Post, CNN, Woman’s Day, Oprah.com, Parents and Readers’ Digest, among other publications. A hospice chaplain by training and vocation, her work with the dying and living has been featured on NPR, PBS and CNN. She was the 2019 Hannah Judy Gretz Fellow at Ragdale Foundation and an Aspen Words Writer in Residence at the Aspen Institute. She is a member of W&L’s Class of 1995 and a graduate of Harvard Divinity School.

Also speaking at the baccalaureate service are this year’s recipients of the Algernon Sydney Sullivan Award, MaKayla Lorick, of Lexington, Virginia, and Jackson Roberts, of Lutherville-Timonium, Maryland. The two were selected by the faculty as individuals who best demonstrate high ideals of living, spiritual qualities and generous service to others.

During the commencement ceremony on Thursday, W&L will recognize 31 retiring members of the faculty and staff, who represent a total of more than 830 years of service.

In the event of rain, events will be held at Virginia Military Institute’s Cameron Hall, and the University community will be notified by broadcast e-mail, a notice on the university’s website and other means. Full details on all commencement activities at W&L can be found at www.wlu.edu/commencement. The commencement ceremony will be streamed live online at https://livestream.com/wlu/ugrad-2019. 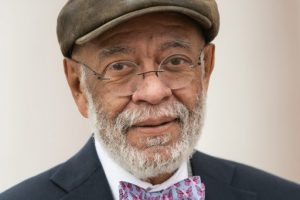