‘We Decided to Be Proactive’ Reese and two friends brought the First-Generation Low-Income Partnership to W&L, where it provides resources and a voice for students. 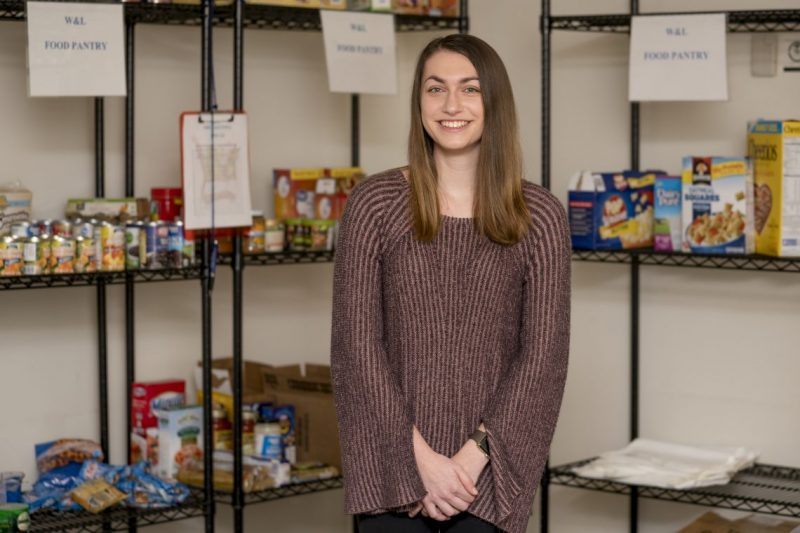 Taylor Reese ’19 poses in front of the FLIP Food Pantry, which was established to help students who run out of Food Flex or need something to eat during school breaks.

“FLIP has reminded me how much I love to work with and help people in every way I can.”

Over the summer, I got into numerous hypothetical conversations with my friends Kiki Spiezio ’18 and Edwin Castellanos ’20 about the ways Washington and Lee could help support first-generation and low-income students. So we decided to be proactive and make it happen.

We’d heard of FLIP National (FLIP stands for First-Generation Low-Income Partnership), and decided to start an organization (FLIP at W&L) modeled after them and their mission. According to its Facebook page, FLIP National’s mission is to “promote equal opportunity for first-generation and low-income students in higher education by building supportive, sustainable student-led on-campus communities and coordinating the development of initiatives that provide direct support to these students; and serve as a catalyst to increase public awareness, discussion, and bring about policy changes that prevent so many students from accessing opportunity in education.”

With this mission in mind, we first created Mentorship Meet-Up groups, which paired willing professors and staff who had been first-generation low-income students themselves with FGLI students on campus. We created groups based on common interests, and brought together students, staff and professors who may not have normally interacted. These groups meet on their own time, as much or little as they like. My group met for study/work breaks twice last semester, but there was a group that met bi-weekly. We’ve heard a lot of great feedback about these groups, namely that they’re a valuable additional support system or “family” for students. Right now, there are about 80 student, staff and faculty members of mentorship groups.

We also expanded the Lending Library that Edwin had started at the end of last year, collecting more donated textbooks and making it available for FGLI students to check out course texts for a semester. The Lending Library has now moved out of Edwin’s bedroom and into its own official space on campus, and we have teamed up with the University Store to collect book donations for it. 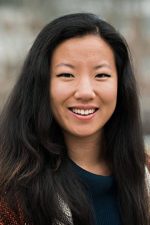 In conjunction with Student Affairs and the subcommittee on Food Insecurity, we opened the Food Pantry in time for finals week in December 2017. The Food Pantry is meant to help students bridge the gaps that arise over school breaks, or when they run out of Food Flex. The pantry is completely anonymous and open 24/7 in Elrod Commons. At first, the selection was made up largely of snacks just so that we could get it off the ground before Winter Break. Since then, we’ve increased the offerings to include a variety of foods, such as quick meals like Cup of Noodles.

There is a suggestion sheet where people can make requests for the pantry, and we do our best to stock them. We currently cannot stock perishable items, but we hope to in the future. We’ve also expanded to laundry detergent, toiletries, and feminine hygiene products. After hearing that we started the Food Pantry, Dining Services began to offer complimentary meals to all students staying on campus over breaks. Previously, only athletes staying over breaks were allowed to use meal swipes in the dining halls; other students had to pay out-of-pocket.

Some other initiatives we’ve worked on include obtaining reduced-price Fancy Dress tickets for FLIP members, becoming a FLIP National chapter, and forming committees focused on programming for incoming First-Year students and new initiatives.

Starting FLIP has been a wonderful experience because it’s allowed me to meet and interact with people with whom I wouldn’t normally interact, such as the school deans and our faculty advisors, professors Art Goldsmith, Aly Colón and Brian Alexander.

FLIP has reminded me how much I love to work with and help people in every way I can. Since I was 10 years old, I’ve worked with Special Olympics New Jersey to achieve a similar goal, but because of the distance, my involvement has been limited since I came to college. I was aching for another way to do what I love, and help people in a meaningful way. FLIP has helped to fill that gap in my life, and given me a chance to become a leader on campus.

Because of FLIP, I’m also a member of the Diversity and First-Generation Working Group, which means our concerns are heard directly by the deans and other professors and administrators of the university. This involvement has allowed me the opportunity to enact real change here on campus, and I’m so proud of what we’ve been able to achieve in our first semester-and-a-half.

To learn more about FLIP or to get involved, click here. For additional information, email us at FLIP@mail.wlu.edu.

I love reading, analyzing and writing about books, as well as discussing them with brilliant people! What more could you ask for?

I find myself truly inspired by people who love learning, and thus know a lot about A LOT. Professor Adams and my friend Sam Joseph come to mind first.

Most recently, “Bad Feminist” by Roxane Gay. And the masterpiece that is “Monty Python and the Holy Grail,” of course.

What do you wish you’d known before you came to campus?

Just ask— people want to help and support you. Let them.

During my first Spring Term, I frequently sat on the Colonnade and read books. One special, balmy day I was blessed by a visit from the Colonnade Cat. He let me hold and pet him and take some photos. It was magical.