Where’s the Beef? Stephanie Lind ’92 is on a mission to change the way people think about and eat meat.

“If we eat less animal-based protein, we could literally change the way earth looks from space by replacing environmentally destructive livestock with Impossible Foods products.” 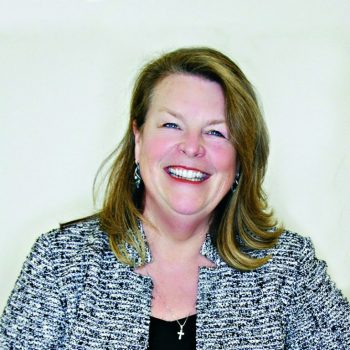 As vice president of global sales for Impossible Foods, Stephanie Lind ’92’s mission is to change the way people think about and eat meat. Since being introduced to the public in 2016, the company’s first product, the plant-based Impossible Burger, has made significant strides onto restaurant menus and is gaining traction one meat-lover, vegetarian and vegan at a time.

What would happen if Impossible Foods replaced 50 percent of ground beef from cows with its product? About 190,000 square kilometers (the size of New England) now being used for livestock and feed crops could be restored to a healthy wildlife habitat, sparing the atmosphere of millions of metric tons of carbon and saving at least 3.2 trillion gallons of water per year.

When vegans try an Impossible Burger for the first time, they often send it back, convinced the food is real meat. The taste is so different from well-known veggie-burgers that most consumers can’t tell the difference from animal-based beef. Because it incorporates heme, a molecule found in meat and all living things, the Impossible Burger “sates the craving for animal-based meat,” explained Lind. The company uses a genetically engineered and fermented yeast to produce a heme protein naturally found in plants. The product also incorporates wheat and potato proteins.

When Lind, a business administration major, arrived at Impossible Foods in December 2017, a marketing strategy was in place that has served the company well. The idea was to convince some of the top chefs in the country to offer the burger on their menus. David Chang, a meat-centric chef, was the first, preparing it at his New York City restaurant Momofuki Nishi. Other chefs and restaurants followed, building Impossible Food’s burger credibility. Branching out to fast-food outlets, the company partnered with White Castle to offer a $1.99 slider. “It makes it easy to try,” said Lind.

The company is currently communicating with retailers to provide the product in a format that consumers can use in any recipe that calls for hamburger. Longer term, Impossible Foods wants to replicate fish, poultry and dairy to further reduce animal agriculture.

“We want to be ubiquitous,” said Lind. “We want to change the world. The only way to accomplish that is to put the Impossible Burger on every menu.”